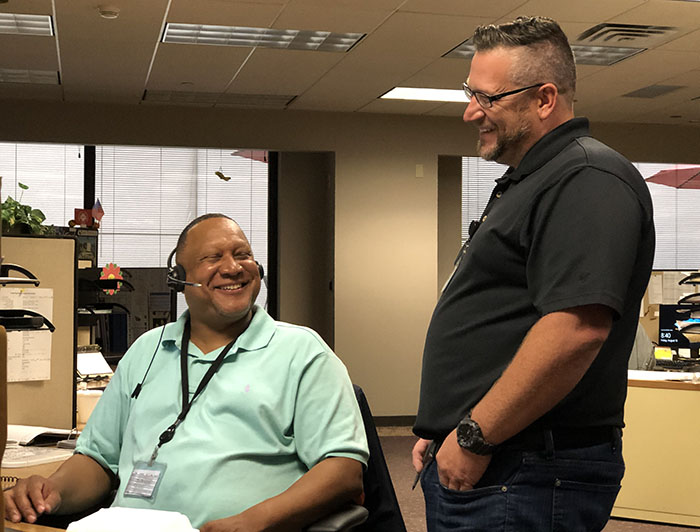 There isn’t a color more suited to Pat Almgren than orange. He’s been proudly wearing it for much of his life.

There is the orange of OPPD’s logo. Then there is the “Orange and Blue” of Daniel J. Gross High School. Both play a huge role in Almgren’s life.

And at both places Almgren is actively helping those around him get better at what they do. A supervisor in Customer Care Services at OPPD, Almgren oversees a team of call center representatives.

Almgren started at OPPD six years ago working in the metering services department before becoming a supervisor in customer care. Customer service was key to both jobs, Algmren said.

In metering, he was dealing directly with customers, while in customer care he supports the reps who deal with OPPD’s customers. Now, he has 14 reps who report to him and he helps support them and assist in any customer issues that escalate.

The job entails a lot of meetings, both with the reps and other leaders in the department where they look at emerging issues in interactions with customers.

“It’s all about relationships,” he said. “Working with our team and watching how they handle the many issues they deal with each day. We are here for our customers to help them with whatever issues they have. We are a public utility, the better we do our job the better the experience is for the customer. When they call in, we are fulfilling that role of being their energy partner.” 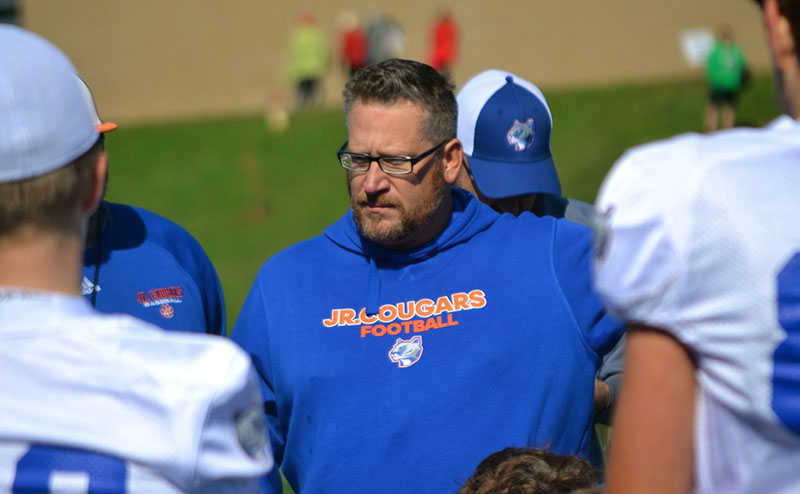 Almgren has also worked on several hiring teams, something he really enjoys.

“There is nothing better than conducting interviews and hiring someone and knowing you had a part in changing their lives and OPPD for the better,” he said.

There is a real family feel to working at OPPD, he said. As for the other orange Almgren wears with pride, well that is actual family.

Almgren, his mother, his two brothers, his wife, Colleen, and all three of his children have attended Gross. His daughter, Emily, is a graduate of the south Omaha Catholic high school. His son, Collin, is a senior and youngest child, Carson, is a freshman.

The baseball program continues to grow and field competitive teams.

It is one of the few select baseball organizations in south Omaha. Almgren himself starred in both sports at Gross, holding the school’s touchdown, home run and runs-batted-in records.

“We saw a real need for south Omaha families who wanted to play select baseball but at an affordable price,” he said. “Gross was needing a program like this. Enrollment was starting to slip and the baseball teams weren’t as competitive.”

By mixing the hard-working principles of south Omaha families with a good select program, the kids and the school are already seeing the benefits, he said.

For Almgren, coaching comes naturally, at work and in youth sports.

“It’s all about helping people get better, gain confidence and perform at a higher level,” Almgren said. “There is nothing better than helping others become the best versions of themselves.”