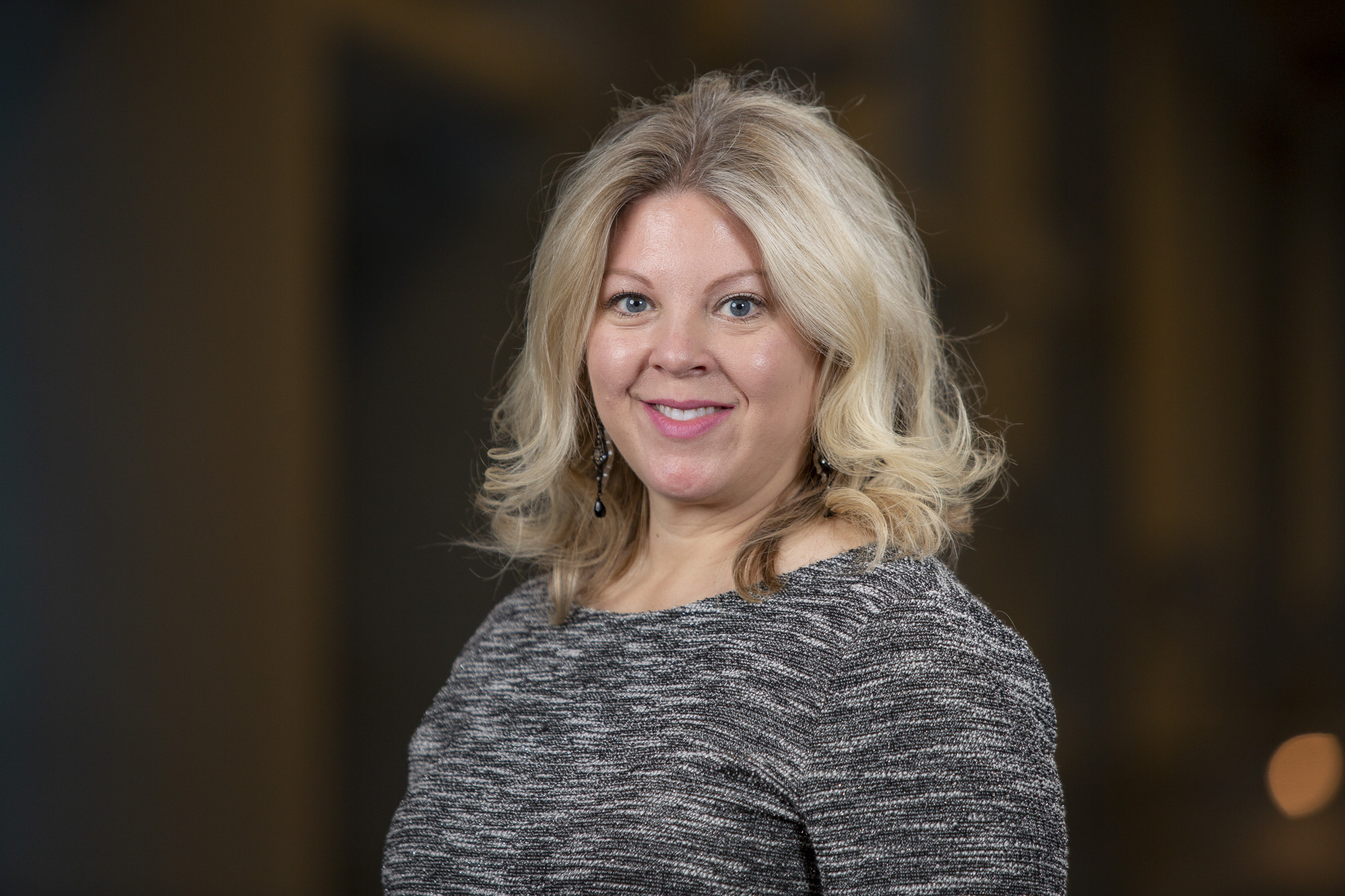 For OPPD’s Michaela Valentin, service to others is the highest calling. That value was instilled during her upbringing in South Omaha. It was something she learned at Our Lady of Lourdes School and later at Mercy Catholic High School.

Her job while pursuing her undergraduate degree at the University of Nebraska at Omaha was working the overnight shift as a Fremont police officer.

“I’ve always been interested in service,” she said. “That’s a theme that runs through all the jobs I’ve ever had. The spirit of working for others, being in service to others, it has always been engrained in me. I’m always asking myself, ‘How can I help others?’ To me, that’s the best part of the job.”

Less than six months before the pandemic struck, Valentin joined OPPD as its Government and Community Relations manager. The job brought her back to being a lobbyist, something she’d done for years after graduating from law school. At OPPD, Valentin works to serve the best interests of both the utility and its customers.

The pandemic created obvious hurdles in a job where building personal relationships is key.

“I’ve always believed that meeting someone face-to-face is key, that it’s best to attend all your meetings in person, and COVID changed that for a long time,” Valentin said. “But you just have to work harder and do your best and put yourself out there. The best way to build personal relationships is going out and meeting people, and that’s what I’ve been doing.”

She talked about one visit to a coffee shop in Weeping Water. An elderly woman put her coffee down and approached Valentin.

“She came up and said ‘You’re that little gal that was in here about a month ago buying that meat pitchfork,’” Valentin said. She had previously picked up a big fork used when carving meat. “‘Yeah, that’s me,’ I said. She remembered I was from the electric company, and the owner of the shop said ‘The mayor had some comments for OPPD, and now look, she’s down here all the time.’”

And that is just what Valentin wants, for people to recognize her in the communities OPPD serves and to be approachable and able to have open dialogues.

Valentin worked as a legislative aide and judiciary legal counsel in the Nebraska Legislature. She worked for Sen. Patrick Bourne of Benson and followed him to Blue Cross and Blue Shield of Nebraska where she lobbied on the Affordable Care Act, among other health insurance-related bills. Between lobbying on the federal level and the local level, there is little doubt which one she prefers.

“People just feel so much more personal about their issues at the local level,” she said. “The higher you go in government, the more transactional you get, the more disconnected from the personal relationship.”

And connecting with people is the part of the job she loves.

“Building trust and advocating, I think those are my core characteristics,” she said.

For Valentin, a typical day is a mixture of personal meetings – now that people are more open again to face-to-face meetings – and phone calls. She might meet with members of  OPPD’s Economic Development team to discuss the broader impacts of local regulatory policy changes. Or she might meet with various public officials on a variety of topics, from crafting solar regulations and considering potential solar projects to storm-related inquires.

Each day is different, she said, which is a big plus. Her duties include a good mix of strategic and tactical work. One of the biggest issues she has worked on since joining OPPD has been the recent Platteview Solar project in Saunders County, work she called very satisfying and a great learning opportunity.

“I feel like I won the lottery,” Valentin said of the coming to OPPD. “I feel like I’m the luckiest person here. I literally jumped up and down when I got the job offer. There were other job offers, but this just felt right. This felt like something I had to do.”