Breast cancer won’t get the best of Cec Christensen 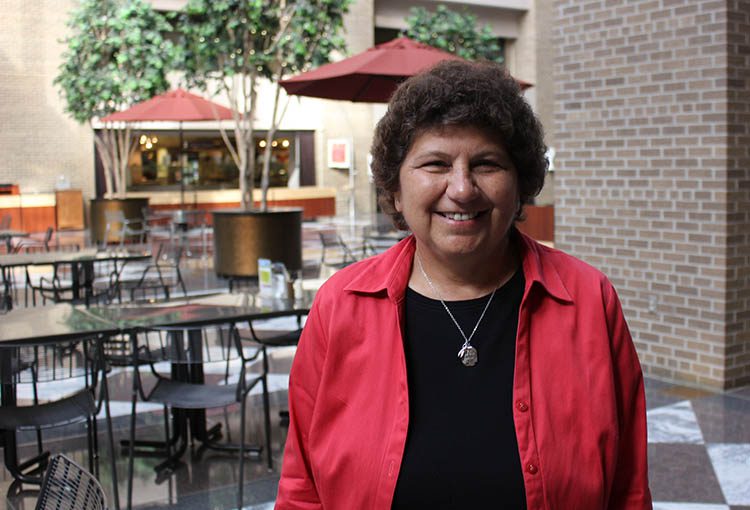 Cec Christensen got a haircut recently. That may not seem like a big deal, but to her it was like finishing a marathon.

“You really learn to appreciate the little things in life,” said Christensen, 63, a senior planning specialist in the rates department of Omaha Public Power District.

It had been nearly a year since Christensen had been to the salon. Then, it was for an ultra-short style – one that would transition her through the hair loss that would come with chemotherapy.

According to the Susan G. Komen Breast Cancer Foundation, one in eight women will be diagnosed with breast cancer in her lifetime. Christensen’s diagnosis came in July, 2015.

Until that point, during more than 17 years with OPPD, she can’t even remember taking a sick day. “I’ve always been healthy.”

She was surprised last summer when she got a letter following her mammography, requesting she come back for a closer look. The follow-up screening revealed a lump deep under the surface, one a breast self-exam would not have caught. It was a tumor, requiring a biopsy.

“I was still in denial, thinking it’s going to be non-malignant,” Christensen said.

Then came the call.

Christensen was driving when her cell phone rang. It was her doctor.

“I pulled off the road because I knew this isn’t good,” she recalled. “He said it’s cancerous. Just to hear those words… that was the worst.”

She struggled to find the words to tell her daughter, Susie, and nine-year-old grandson, Dylan, as well as her sister Judy Tvrdy, one of Christensen’s 12 siblings.

The sisters are particularly close. Tvrdy works at OPPD as a senior relay specialist and lives just three houses away from Christensen. That proved to be a big help during the next several months.

Christensen had a surgery in August 2015, to remove the nodes and the lump. That surgery was followed by 16 weeks of chemotherapy. Every other Friday, Christensen would go in for treatment, eight treatments in all.

“It wears you down,” she said. “Chemo just wipes out all the good and the bad in your body. It’s nasty stuff.”

Her family provided tremendous support, she said. They were there for her during treatments, both physically and emotionally. They’d cook, shop and do whatever she needed. And her boss and co-workers at OPPD provided care packages and words of encouragement before each treatment.

One thing that made a big difference, she said, was knowing she wasn’t alone.

“There were so many on our floor that had gone through cancer right before or at the same time as me. And they really helped me through it.”

up for a fight

Through it all, Christensen thought, “I’ve got to fight this thing. I’m not going to give in. I’m going to do everything the doctor says.” His advice? Stay active. And that’s just what she did. She rarely missed work, and forced herself to take the stairs, even on days she was tired.

And there was one more big strategy, one she believes made a difference.

“I didn’t listen to negative news or watch negative shows. I turned it off, because I wanted to keep positive.”

Christensen also made sure to read a quote every day that served as a constant reminder: “You do not control everything that happens to you, but you can control your attitude.”

That attitude helped her soldier through the chemotherapy and the six and a half weeks of radiation that followed. Finally, by the end of February, six months after her breast cancer diagnosis, Christensen’s course of treatment wrapped up.

Seven months later, her energy is rebounding, along with her hair – long enough for that haircut.

Catching the cancer early was key, preventing Christensen from needing a mastectomy and bettering her survival odds. Breast cancer screening guidelines vary, either annually or biannually after the age of 40. Christensen has always erred on the more conservative side and gotten her exams every year. She urges other women to do the same.

“I believe if I would have waited another year, I don’t think I would have survived,” she said. “It was a fast-growing tumor.”

She will require regular check-ups to make sure everything looks good.

“They said there’s a four percent chance of it coming back,” she said. “It’s always on your mind.” 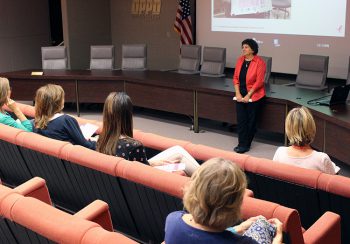 Christensen has never shied away from the topic of cancer, gladly sharing her experience with fellow employees who’ve inquired.

“You don’t always know why things happen, but use it for good,” she said. “If I inspire just one person to go get their mammogram, then it’s worth it.”

She has come out of her breast cancer battle stronger, and with greater life perspective.

“You never know what your next phone call brings, but it can really change your world,” Christensen said. “So, just appreciate every day – family, work, all of it. We are fortunate to have it.”