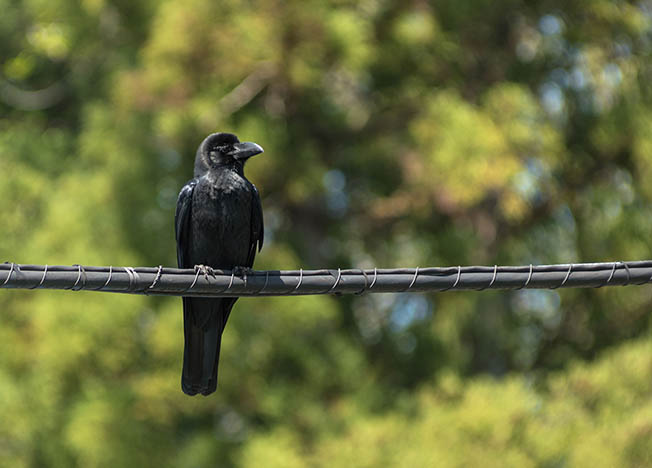 Their feathered bodies balance perfectly on the power lines along our roads. But how do birds safely sit on those wires?

It all comes down to the way they are sitting.

However, if that same bird stretches out its wing, or touches its leg to a second wire on a different electrical potential, the electrons will have a path on which to move through the bird’s body. It will be electrocuted.

The same principle applies to humans. If we were to touch a wire while standing on the ground or on a grounded base the electrons would have a path to move through our body and into the ground.

OPPD crews must sometimes work around energized lines. To protect themselves from the current, they wear thick rubber gloves and sleeves that don’t conduct electricity.

OPPD considers several factors when determining whether to install power lines above ground or below. Both options have advantages and disadvantages.

Handling effects of heat on the electric system

When temperatures rise, OPPD takes extra precautions to ensure reliable electricity for customers when they need it most.