When OPPD holiday cookbooks were all the rage 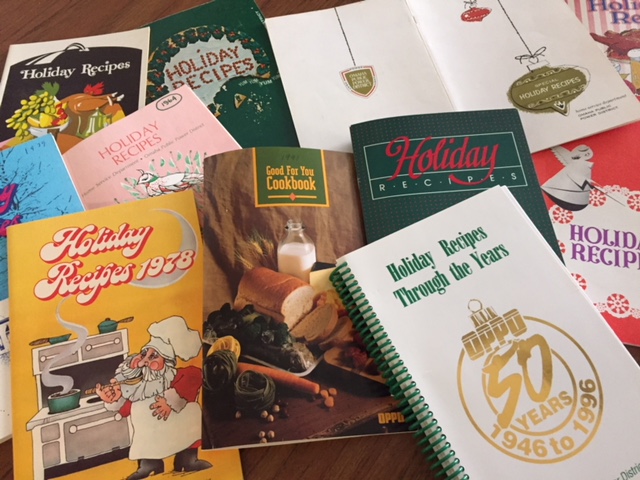 A collection of yellowed and grease-stained OPPD holiday cookbooks were part of an Omaha estate sale. 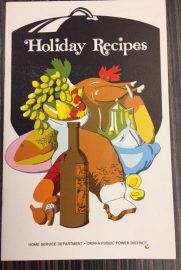 The colorful cookbook covers reflected the past, and showed years of use. Among the recipes in a Holiday Recipes 1978 issue: three-vegetable casserole, cheese potatoes, prize-winning broccoli casserole, frozen lime mint salad and lazy sugar cookies.

Due to its popularity, the department produced a cookbook each year until 1980. From 1986 through 1989, OPPD’s Consumer Education Department produced the holiday cookbook. In 1991, the utility issues a final commemorative cookbook, titled “Holiday Recipes through the Years.” The issue included staff favorites from past cookbooks.

The Home Service staff, followed by the Consumer Education group, were a valuable resource in their day. They not only provided recipes, but also taught customers how to use electric appliances that were coming to the marketplace.

“We always kept up with the times, or were ahead of them,” said former Home Service adviser Bette Montage in a 1996 Flash, OPPD’s employee magazine.

For example, when the microwave oven debuted, the department was first to develop recipes for the appliance and offer tips.

The department fielded thousands of cooking and home-related questions, and their holiday cookbooks had a long, long shelf life.