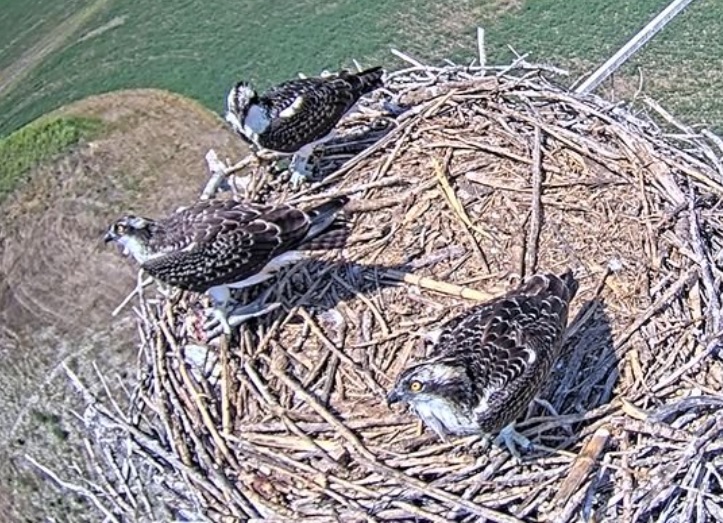 It’s been an exciting year for watchers of the osprey family at Fort Calhoun Station. The parents are the only known nesting pair in eastern Nebraska, and this is their first year with a webcam. They’ve drawn thousands of viewers, mostly from North America, but also from the United Kingdom, Spain, Nigeria and Indonesia, among others. And they successfully hatched three chicks this spring, who appear to be thriving. Osprey typically begin their journey south for the winter in September, so there’s a little time left to see the family in action this year.

In the infographic below, learn more about these majestic raptors.