Sorting thousands of bills with customers in mind 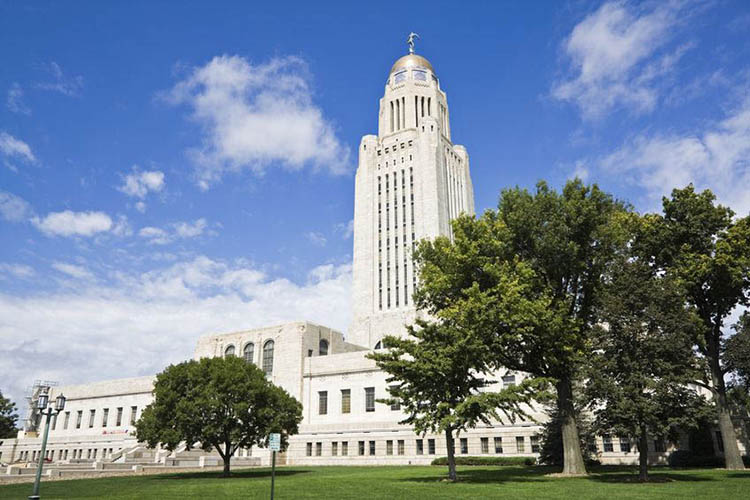 Thousands of bills move in and out of the Nebraska Legislature and halls of Congress in Washington, D.C.

OPPD must monitor each of those bills to ensure they do not adversely affect the utility’s customers. This year, the work of OPPD’s government relations team encompasses bills about infrastructure, tax incentives, climate change and other bills that need to be reviewed for impact to the utility’s business.

At the state level, the main theme of the 2020 session of the Legislature has been property tax reform and issues surrounding it. Although that topic doesn’t necessarily impact OPPD, the utility monitors other bills that may. Those bills include topics as varied as net metering, renewable portfolio standard, eminent domain, broadband deployment to rural areas a climate change resolution, workers compensation reform, and building codes, among others.

Seth Voyles, manager of government relations at OPPD, said these bills are important due to how they can affect OPPD operations and customers. But in the end only a handful will still be active.

The 2020 legislative session is a short session this year, meaning it only has 60 days of debate and hearings. Because of the compressed timeline, the issues deemed most important, like property taxes, take priority. The current session is tentatively scheduled to end March 31.

“Between now and then is when all of the smaller bills get done,” Voyles said. “And we also need to make sure there aren’t detrimental changes to the larger bills we are monitoring.”

In 13 months of the federal legislative session, more than 9,000 bills were introduced in Congress. Less than 1% of these bills are  debated on the floor of the chamber. But OPPD must read and monitor them, nonetheless, Voyles said, because some of those bills may be absorbed into others.

“For example,” he said. “There could be approximately 30 climate-related bills that are thrown into a larger climate bill.”

Both chambers craft bills that impact utilities. In the Senate, for example, an energy package bill is being put together that includes legislative items on energy efficiency, storage and other smaller issues. And that’s just one bill. Other topics OPPD monitors at the federal level extend to infrastructure, municipal bonds, climate change and cybersecurity, to name a few.

OPPD’s work at the state and federal levels includes building coalitions and relationships with industry partners and lawmakers representing Nebraska on all levels.

“It may surprise people how much we monitor that could affect our business,” said Tim O’Brien, director of economic development and external relations at OPPD.

“It’s helpful for us,” he said. “These strategic partners provide OPPD with greatly enhanced advocacy power and influence. These organizations help provide more information about current trends and issues facing our industry. The opportunity for a continual exchange of ideas and an enhancement of our overall network of influence benefits OPPD.”

View all posts by Laura King-Homan >
< Previous Article Next Article >

OPPD reflecting the community it serves

The utility is committed to leading the way in efforts to diversify its workforce and positively impact the community.

Senior team leads the way in number of women

The majority of OPPD’s senior management team is women, something that sets the utility apart from other Omaha companies.