Video: Line technician finds good life up in the lines 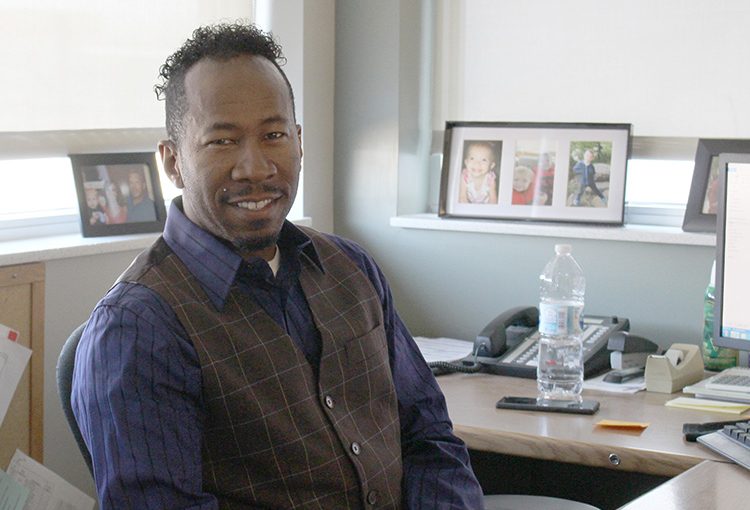 OPPD line technician Randy Marks is one of those guys who wants to know how everything works.

Curious and creative, Marks, remembers being a boy growing up in Omaha, peering out a backyard window and watching a lineman working high on the pole restoring power after a snow storm.

The lineman fascinated him. Years later, Marks is the one up on the pole working to restore power. And when he sees kids below, staring up at him, he makes sure to stop and talk with them.

“You never forget that, the dramatic stuff,” said Marks, now in his 12th year as a line technician at OPPD. “The looks kids give you when you pull up is great. But it’s the ones that stay and yell out questions to you. You’re sparking their interest, you’re creating the future.”

Growing up, Marks was an admitted nerd, a kid who sought out all kinds of knowledge. He was always good at drawing. For a time, he wanted to be an architect, but a cousin cautioned him against pursuing art as a career because it could spoil that feeling. Art is still a passion. He does graphic design when he isn’t at work or spending time with his wife and two teenaged daughters.

His other passion is racing road bikes, and he likes to get outside and ride whenever the weather allows.

Marks hopes to do more graphic design when his days a line technician are over. But he’s thankful he found a career that is such a great match for him and loves the life his career has helped him provide for his family.

His path to OPPD included other stops along the way. After graduating from Omaha North High School, Marks studied art but eventually became a mason.

Within a few years, he was studying to be an electrician while working with an uncle installing security systems. He started attending ABC Trade School in Omaha. As an apprentice electrician, he kept running into other electricians working on transformers at a large job site and became interested. The journeyman electrician he worked with told him he would need to get hired by the power company to do that sort of work.

That became Marks’ goal. After graduating from trade school, he was hired by OPPD. But it wasn’t easy.

He remembers climbing his first pole of climbing class at OPPD, 40 feet off the ground and in 102-degree heat with high humidity.

“I went last and I gaffed my foot,” he said. “There was a boot full of blood, but I wasn’t going to give up. I was determined and pushed on and got the job. So that was a good day.”

It’s all been worth it.

“Those first years I was like a kid in a candy store. It was really exciting,” Marks said.

Marks said a lot of people don’t understand what linemen do.

“They think we just throw a switch, but the big picture is really complicated,” Marks said. “Safety and getting the lights on are first on our minds. The danger is real and one touch is all it takes to destroy a life. We are out there trying to restore people’s way of life. We are leaving our families behind, sometimes in the dark, to restore that way of life.”

There is a great deal of safety training that linemen and other field employees must go through. Each day’s work starts with safety and job briefings, and the crews are always looking out for each other.

“When we’re out there,  we’re holding 13,000 volts in our hands,” he said. “Without those gloves, sleeves and PPE (personal protective equipment), we’d be dead. I guess even firefighters and police need heroes.”

Marks said the lineman profession has a long, proud history. As part of his job, he also goes to schools and talks to students about the job.

One thing he makes clear when talking to others  is that the feeling he gets when the restoration is done hasn’t changed.

“You can’t describe that feeling you get helping people get their power on – even though it’s dangerous – when all is dark and there’s not a light in sight and you throw that fuse in and see everything light up. That really assures you what being a lineman really means.”