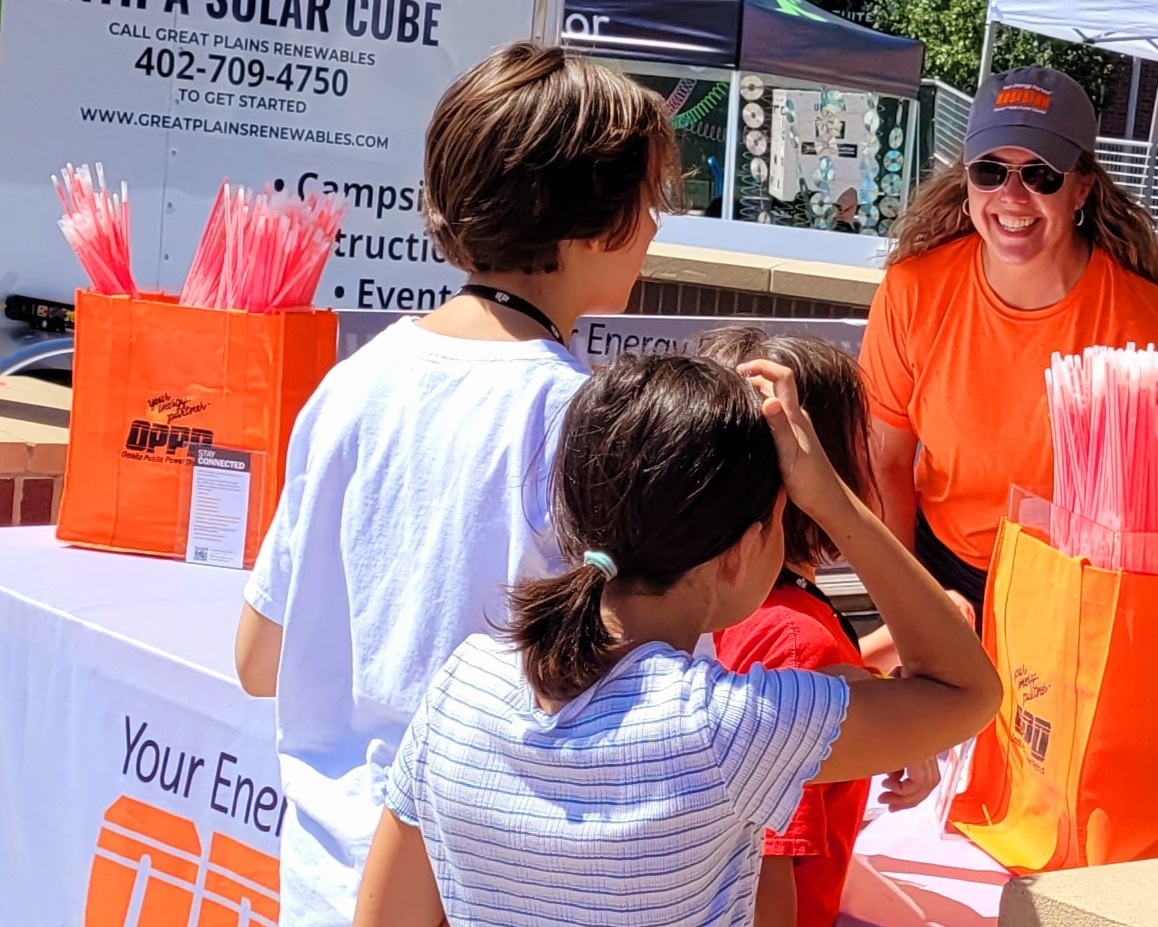 There was more than great live music and a variety of other performances and activities to celebrate at this year’s Maha Festival.

The festival, which drew more than 11,500 people over two days, also became one of Nebraska’s first large-scale zero-waste events. 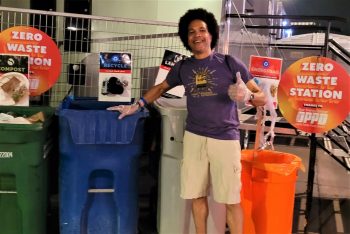 OPPD was the sustainability sponsor for this year’s festival, held the last weekend of July. Nearly 30 OPPD employees volunteered their time to help. Their duties included working on the recycling monitoring team, where they helped attendees dispose of waste properly.

Separating waste into recycling, compost and landfill bins made it possible to divert 90% of the waste generated at the festival – or about 4,754 pounds – from the landfill.

By Zero Waste International Alliance standards, that qualified the event for a “zero-waste” designation.

“Supporting this effort demonstrates how community efforts impact progress toward our own goal of net-zero carbon production by 2050,” said Emily Muth, OPPD’s sustainability coordinator. “Environmental sustainability initiatives like these help ensure the spaces in which we all live, work and play will thrive for years to come.”

OPPD employees also staffed the utility’s booth, where attendees could learn about electric vehicles and OPPD’s Greener Together program, which will help customers collaborate with others to support community environmental projects throughout the greater Omaha area. 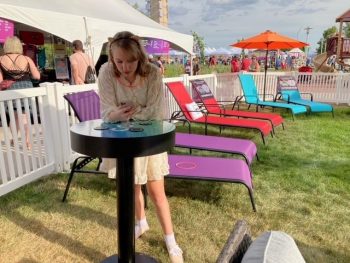 A recharging zone nearby, sponsored by Cox and Nebraska Furniture Mart, provided festivalgoers with a place to charge their phones, with power provided by an OPPD trade ally’s solar trailer.

“Volunteers, vendors, supporters like OPPD, and many more individuals all played important roles,” she said. “The enthusiasm we’ve seen community-wide for this sustainability initiative has been massive — proof that we can all come together to achieve a big goal, and have fun while doing it.”

Giving back for the holidays

OPPD employees work to help provide gifts, assistance and a little holiday cheer to members of the district's communities.

The Holiday Lights Festival, a longtime tradition, is back at the Gene Leahy Mall this year after years of construction at the reimagined mall.