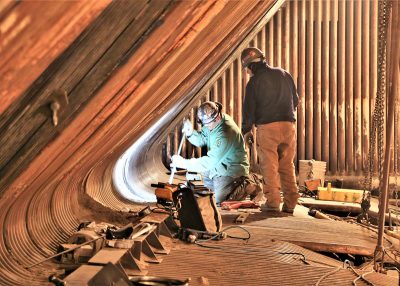 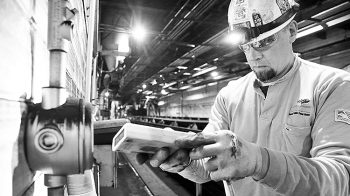 Keeping the massive machines of fossil power generation up and running efficiently 24/7 during the summer heat means doing extensive tune-up work, starting when there was still snow on the ground.

OPPD’s Nebraska City Station, a dual-unit coal plant capable of producing more than 1,300 megawatts of electricity, was up first, with Unit 1 coming offline in February for a planned 60-plus day maintenance outage.

Starting with both of Nebraska City’s units and wrapping up with two of the units at North Omaha Station, here’s a sampling of high-profile outage projects.

Once a decade, crews overhaul the unit’s power-producing turbine. Scores of technicians work around the clock to clean and inspect its intricate array of rotors, blades and exciters.

Disassembling and reassembling such a complex, vital component is detail-driven work. Each part must be carefully mapped during removal so, once the cleaning and repair is complete, it all fits back together as designed.

Once together, the testing and adjustments continue, ensuring the turbine spins with minimal vibration and maximum efficiency.

Let’s hear it for the boil 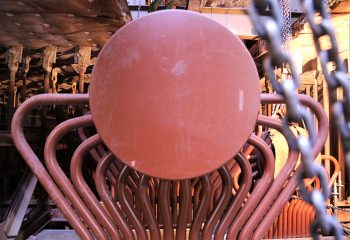 Most power generation comes from the simple chemical process of boiling water, then making the hot, pressurized steam turn a turbine to generate electricity. Keeping that boiler – like a super-sized tea kettle – in prime shape requires occasional maintenance over time.

In the case of Nebraska City Station Unit 1 (NC1), the coal-fired boiler has been running for 40 years. Pipes degrade and need recurring upkeep. These are at the very top, the hottest spot in the boiler, with temperatures over 1,000 degrees Fahrenheit.

Periodically, as was the case in this outage, workers must make repairs to maintain proper heat transfer in the boiler tubes.

Time for a cool (ex)change 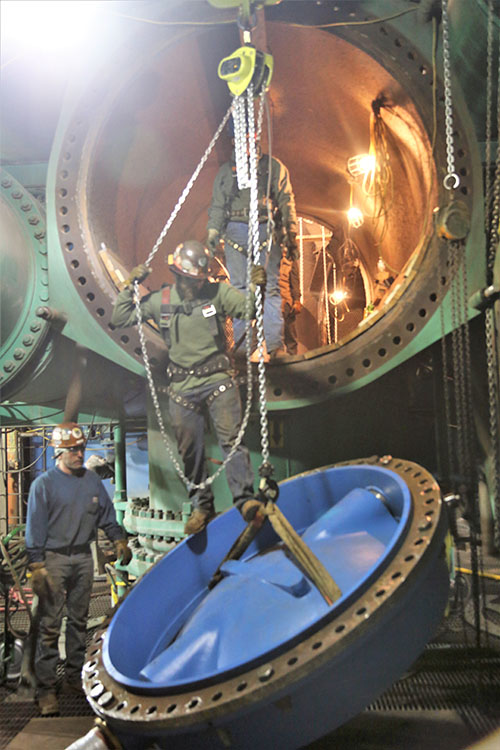 After superheated steam turns the turbine, power plants like NC1 then condense the steam back to liquid water so the process can repeat in a loop. Nebraska City Station employs the Missouri River as a “heat sink,” using the cool water to exchange away excess heat.

Four decades of grime and corrosion necessitated the replacement of several massive valves in the plant’s raw water system. Weighing nearly 7,000 pounds each, the custom-built ductile iron valves require hours of intense grinding and torch work to fit with the required precision.

Following months of planning and weeks of mapping, technicians replaced 80 of the old relays with 18 new solid-state ones. They also inspected and replaced relays on three of the unit’s 4,160-volt electrical buses.

Rated to last more than 20 years, the new relays keep vital information properly isolated and onsite as a security measure.

The heat of the moment

Over time, some of the 4,400-pound cold-end baskets have corroded and require replacement. Generally outsourced in the past, OPPD made the choice to keep the work in-house for this outage. That paid dividends, as OPPD’s craft workers were able to do what’s called “discovery work,” identifying problem areas and components needing repair.

Nebraska City Station is a dual-unit site, so there’s a balance between generating the power needed by OPPD’s customers and performing the necessary maintenance to help ensure unit reliability.

When building this year’s maintenance outage plan, one of OPPD’s own front-line leaders made the forward-thinking suggestion to overlap the Unit 1 and Unit 2 outages as a way to tackle work on components shared by both units. The intake structure, which connects the plant to the Missouri River, and the site’s coal handling facility received much-needed maintenance during that short outage overlap period.

OPPD also took the opportunity to work with the railroad on replenishing the normal 45-day supply of coal (around 780,000 tons), which had been depleted by delivery interruptions brought on by the Missouri River flood. Crews offloaded the rail cars, and rubber-tire bulldozers, seen here, pushed the coal into useable piles.

NC1 wound down its portion of the maintenance outage in mid-May, which meant it was Nebraska City Station Unit 2’s turn. Being 30 years newer and of a different design, NC2 required different types and levels of maintenance.

Selective catalytic reduction (SCR) modules are white ceramic-type grids like the one shown here. They take in flue gas from the boiler after it’s mixed with ammonia. The catalyst strips out the nitrogen oxides – NOx – to keep the site well within its permitted levels.

After about six years, the SCR modules begin to lose their effectiveness, necessitating replacement. Teams replaced 180 modules – 90 on each of the duct pathways.

This type of project, replacing one-third of the modules every two years, helps OPPD fulfill its environmental and regulatory commitments. 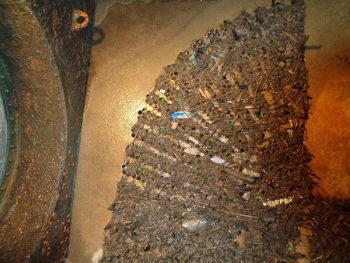 For Unit 5, the condensers work in a similar fashion to the Nebraska City ones referenced above. Taking in murky Missouri River water, the condenser tubes can become fouled with debris, silt and sand. If they become plugged or coated, they lose efficiency and can even lead to a unit ‘trip,’ knocking the plant offline.

Operators regularly backwash the system by reversing the flow of water to help clear debris. However, an annual deep cleaning like this is the best way to keep that cooling water flowing.

Over the mills and far away

Coal is rough stuff. In order for it to burn as completely as possible, North Omaha uses a series of mills to ‘pulverize’ it into a fine powder.

For one of the mills on Unit 4, round-the-clock use meant it was time to replace a component called the “wizard wheel.” As seen here, the metal takes a beating. By replacing the wheel, the unit can sustain its peak power output.

Clocking in around 100 days in total, the maintenance outages of Nebraska City and North Omaha Stations were a testament to OPPD’s commitment to reliability and the professionalism of its workforce.

These projects are just a sampling of the thousands of tasks performed by engineers, operators, steamfitters, machinists, electricians and many more. Everyone’s aim was simple: 180+ days of consistent power, helping OPPD’s customer-owners through the crucial summer reliability period.

Soon, when the sun is blazing and the air conditioner is humming, consider the men and women of OPPD who worked through winter snows and spring floods to summer heat to help power eastern Nebraska.

View all posts by Wire Staff >
< Previous Article Next Article >

Video: Going underground to power up

In both urban and rural areas, infrastructure projects continue to ensure reliable power for OPPD customers.

Careful coordination among OPPD crews helps protect birds from interacting with dangerous equipment and protects their nests and habitat.