New program works to save the prairie monarch 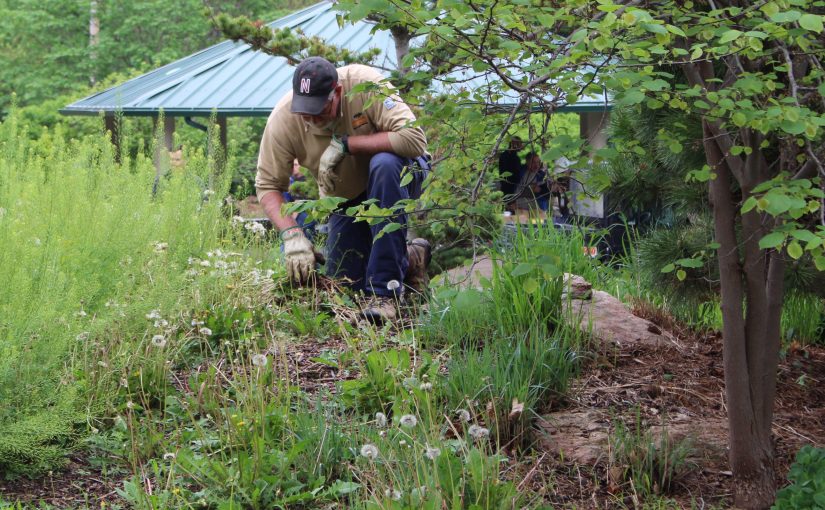 The monarch butterfly is in trouble.

The butterflies were once a common site in our area – the middle of their migratory path to Mexico. But we see far fewer of their familiar black and orange wings now.

The U.S. Fish and Wildlife Service estimates about 970 million monarchs have vanished since 1990. The monarch could be listed under the Federal Endangered Species Act.

Why is this happening, and what is being done to save the species?

The plight of the monarch

Scientists say the sharp decline of the monarch coincides with the depletion of the milkweed plant. Once the scourge of bean fields, ditches and well-manicured lawns, widespread pesticide use has largely eradicated the plant. Also, much of the butterfly’s habitat has become farmland.

Nebraska has 17 species of milkweed, said Randall Gilbert, program director for Save Our Monarchs. The plant is essential to the monarch since it is where the butterflies lay their eggs and is the only food their caterpillars will eat.

The toxicity of the milkweed makes the butterfly unattractive to birds, which keeps them safe from being eaten, Gilbert said.

In spring of 2018, OPPD volunteers spread seed mix at a “Prairie in Progress” site near the utility’s Nebraska City Station (NCS). At the OPPD Arboretum in the heart of Omaha, 2,000 pollinator plant plugs were also installed for a pollinator garden.

OPPD is also restoring parcels of land at the decommissioning Fort Calhoun Nuclear Station (FCS). Along with the habitats at NCS and the arboretum, OPPD plans others on property near 142nd and State streets and on 70-acres of prairie land at FCS.

In all, OPPD plans on converting 260 acres into natural butterfly habitat, but will continue looking at other locations that could also be converted into prairie beyond what has already been identified.

The project is a joint effort between OPPD’s Environmental Affairs and Facilities Operation & Maintenance departments and the Save Our Monarchs Foundation.

Establishing prairies is a process

“If we can do something to reduce our costs, yet promote biodiversity within our landscapes, it is a win-win for everybody,” Muth said.

Gilbert said they planted a mix of 70 different grasses and wildflowers this spring. A good “structure” will establish within five years. Milkweed, golden rod and a few other plants are popping up already this year, he said.

Gilbert has been working with OPPD officials to develop the prairie sites. The process includes the right mix for ground-nesting birds, migratory birds, insects and pollinators.

The plant’s root systems develop underground in the first year. By the second and third year, passersby will start seeing more plant diversity.

June 18 is National Pollinator Week, which is meant to draw attention to the issue and celebrate the valuable ecosystem services provided by bees, birds, bats, beetles and butterflies like the monarch.

The arboretum’s pollinator garden also serves as a monarch “waystation” – a place monarchs can rest, recover and reproduce on their way to Mexico. There are thousands of these waystations across North America, Gilbert said.

For OPPD, one of the advantages of the project is a fiscal one. The prairies don’t require as much mowing, which saves money for ratepayers, said Jim Fitzsimmons, supervisor of Facilities Operations & Maintenance.

Signs at the sites explain how OPPD isn’t just letting the land go untended, but is letting native plants and grasses grow to create the habitat, he said.

The monarch in the Midwest

Bob Henrickson, horticulture program coordinator for the Nebraska Statewide Arboretum, said eastern Nebraska has only one-tenth of 1 percent of the prairie it once had.

For him, places like the arboretum offer a glimpse, a “postage stamp,” of what our prairie once looked like. He said there are now more than 100 pollinator friendly gardens across the state like the one at the OPPD Arboretum.

“We want to shore up the biodiversity, because we are pretty mow-happy and want to mow everything down,” Henrickson said. “That takes away a lot of the plants insects feed on.”

Those involved with the project are optimistic their work will help the monarch make a comeback like the bald eagle and gray wolf. Hopefully, in the coming years, those beautiful black and orange wings will again be a common site everywhere.