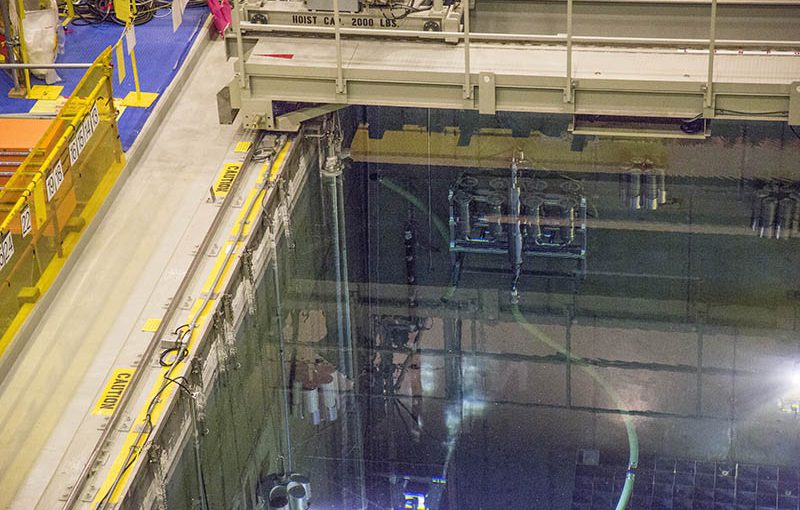 “We got really good results with the chemical hold,” said Craig Longua, manager-Outage. “Our dosage rates were even lower than we predicted.”

After they completed the chemical hold, they cooled, depressurized and vented the reactor cooling system.

Longua said the performance of the staff at FCS continues to impress in the face of difficult conditions.

“The station and staff have performed error-free, with no safety or human performance issues,” he said. “The attitude of the people around the plant continues to be very engaged. They are doing their jobs very well and continue to identify the issues we want them to be identifying. In that regard, it is similar to a refueling outage.”

Safety of the workers and community remains the highest priority for the crew at FCS.

A number of intricate tasks are complete, such as work done on the power-operated relief valve.

Defueling is set to begin Nov. 5, and will involve removing the reactor vessel head to remove the fuel for transfer to the spent fuel pool, where it will sit for five years.

After five years, that spent fuel will be stored on-site in concrete casks. The storage area sits at a higher elevation – 1,011 feet above sea level – than the containment building.

Another important safety measure to note is the continued monitoring of the groundwater wells around the plant. OPPD has checked those wells for radiation and contamination since before the plant went online. OPPD will continue to check them on a quarterly and, for some of the wells, monthly basis.