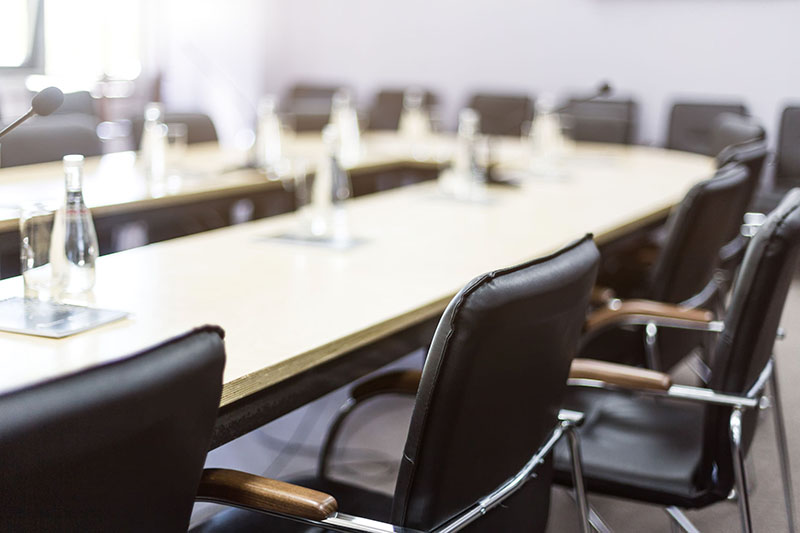 Every day, OPPD’s Economic Development team is dedicated to helping the utility and the region shine.

But their support extends beyond the OPPD office: The five team members sit on close to a dozen local, state and regional boards, often in leadership positions.

According to Brook Aken, Manager of Economic Development at OPPD, the team’s involvement ranges from chambers of commerce to economic development organizations and associations, all slightly different in mission and focus.

“There’s a lot of strategic work to be done in these groups, and we like to play a key role in it,” she said.

Committed to the region

OPPD’s support of community economic development starts at the very top with CEO and President Tim Burke, who is the current chair of the Greater Omaha Chamber’s Board of Directors, and previously led its Prosper 2.0 campaign.

Several of the Omaha Chamber’s regional partners benefit from the OPPD Economic Development team’s involvement. They serve in leadership positions on the boards beyond Omaha, including those that serve Washington County, Cass County, Sarpy County and Otoe County, as well as on other local organizations.

Tim O’Brien, Director of Economic Development and External Relations at OPPD and a native of Ashland, NE, is a board member of the Ashland Area Economic Development Corporation, which he helped launch several years ago. He will also be the president of the Nebraska Diplomats in 2021.

Team members are involved with Southeast Nebraska Development District and its urban counterpart, the Omaha-Council Bluffs Metropolitan Area Planning Agency (MAPA). Both groups focus on community and economic development measures that are in line with the OPPD’s own vision for the region’s development.

O’Brien served as the chair of MAPA’s Heartland 2050 initiative, during which he played a role in envisioning the future of the region. Through such involvement, the team routinely contributes to the region’s most forward-thinking projects.

The team serves on boards at the state and regional level as well.

“It lets us put our voice out there and represent public power and Nebraska,” Esser said. “People see us as leaders, especially in the utility industry.”

While community involvement through board positions has long been a priority of the team, Aken has seen an increase since she joined OPPD six years ago. The push is all to do with the mutually beneficial relationship between the team and the organizations they serve.

Aken described the “ultimate goal” of economic development as creating and retaining revenue within the district, promoting economic growth and ensuring that the region is thriving and prospering.

In an industry driven by relationships, staying connected to the greater community allows the team to support the region. Meisinger said boards can be sounding boards for new ideas, as well as sources of information about the industry, region, and world.

As he put it, participation on boards has the added benefit of automatically getting them an “in” to become aware of and involved in upcoming projects.

The business leaders who sit alongside OPPD team members on boards value their experience and expertise.

O’Brien noted, “Our team is full of professionals very knowledgeable about economic development, so that knowledge and professionalism helps boards and organizations achieve their objectives.”

Active participation in regional economic development is a key element of OPPD’s Strategic Directive 11, which directs the team to be active in local, regional and statewide initiatives.

“OPPD’s vision is ‘Leading the Way We Power the Future,’” Aken said. “For us, that means providing leadership in the community. The value of public power is really about giving back to your community, about providing leadership where you can, and I think these board roles help fulfill that goal.”

The team expects to continue expanding its board involvement, particularly with regional chambers of commerce and organizations that support community causes beyond economic development. James Caraway, Senior Economic Development Coordinator, joined the team this spring and will further increase its capacity to serve on boards.

O’Brien noted that participation in boards makes sense from a business perspective, but also is in line with OPPD’s core values: employees have a passion to serve, honor their community, and care about each other.

“The employees do it because they’re passionate and care about the community,” he said. “It’s just how we’re wired at OPPD.”