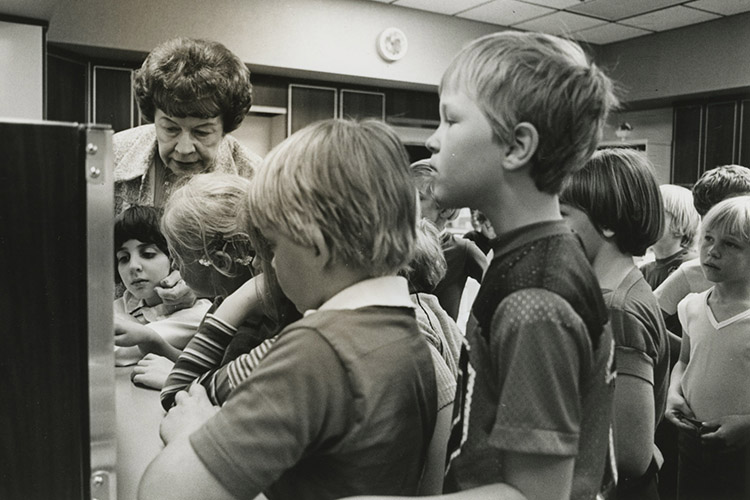 Thousands of elementary students got their first formal cooking lesson in one of OPPD’s kitchens.

In fact, the Junior Cooking classes were so popular that they were booked a year in advance. After school, parents would load their scout troops or 4-H groups into their station wagons and head downtown.

And they’d make that trek for four consecutive weeks to cover the lessons: breakfast, lunch, dinner and a tea for the parents.

Wide-eyed children huddled around home service advisors who demonstrated what to do. Then, the students took turns cracking eggs, tossing salads and doing whatever else was needed to complete the meal.

When the youngsters completed the course, they received a diploma and a Junior Cook Book.

The classes taught the children more than cooking. They learned how to use electric appliances, such as hand-mixers, ovens and garbage disposals; how to set the table; and how to behave in the kitchen.

In 1996 — when OPPD celebrated its 50th anniversary – a few of the retired home service advisors recalled fond memories of the classes.

“One boy cracked an egg, and it fell into a drawer,” said Marion MacDonald, who served as the department’s director from 1973 to 1976. “He came over to me so worried. I told him that sometimes things like this happen, and we just clean it up.”

Another time, a little boy poked holes in all the paper cups that were set at the table. “I told him to go sit in the back of the auditorium because he obviously wasn’t old enough to cook,” said MacDonald. “He sat back there for a while and watched, then he came up and told me he was ready to help. He grew up in a hurry.”

The Home Services Department held cooking classes for other groups, too.

Many men participated in the “Clumsy Chef” class. Clad in white aprons and paper hats, the men prepared a full-course meal under the direction of the home service advisors, and later enjoyed the meal with each other and any wives willing to take the risk.

Of course, they were not disappointed. 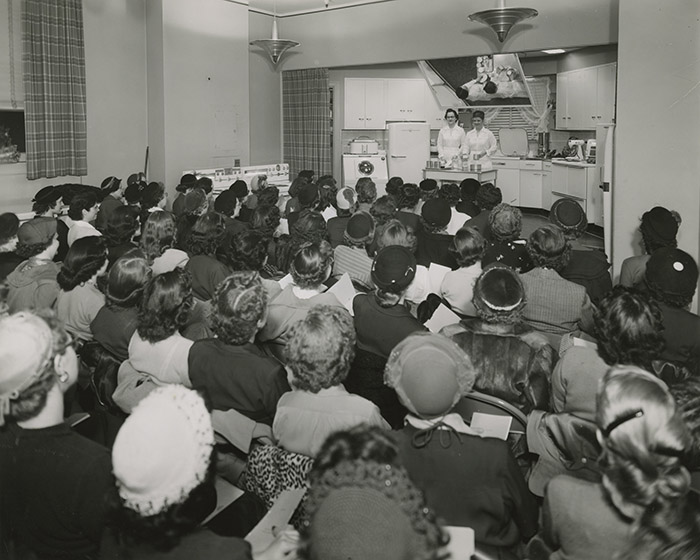