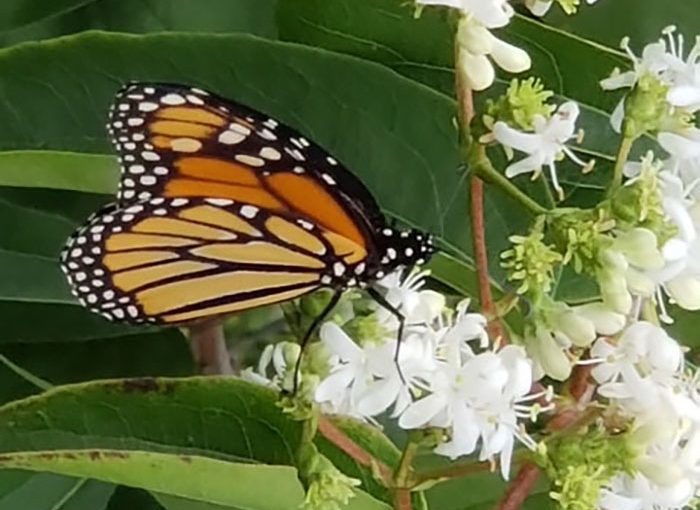 The prairie is spreading.

Native grasses and flowers of the Great Plains will be more common on OPPD property.

OPPD’s “Prairie in Progress” project in 2018 was a big success, and the utility is working on plans for expansion. It is a joint effort between OPPD’s Environmental Affairs and Building Services & Operations personnel and the Save Our Monarchs Foundation.

The program started with a simple goal to reduce grounds maintenance costs. One way the team looked at was to increase biodiversity through planting native grasses and plants.

Jim Fitzsimmons, supervisor of Building Services & Operations, said public interest and community outreach drove OPPD to look at the plight of the monarch butterfly. That included looking at what kinds of habitat could help the species.

The U.S. Fish and Wildlife Service may list the monarch as a threatened or endangered species. That determination will be made by June of 2019. The distinct orange and black butterfly used to be a common site in our area. Nebraska is in the middle of their migratory path to Mexico.

But the depletion of the milkweed plant has meant the butterfly is in danger. The plant is where the insects lay their eggs and the only food their caterpillars will eat. The U.S. Fish and Wildlife Service estimates about 970 million monarchs have vanished since 1990.

In 2018, OPPD started converting 325 acres of its property into natural butterfly habitat. Plans call for looking for additional acres in 2019. Nine district sites are in the process of being restored to natural pollinator habitat.

OPPD volunteers spread seed mix at a site near the utility’s Nebraska City Station (NCS) and the OPPD Arboretum in the heart of Omaha. Several OPPD substations sites will be transformed into prairie. Fitzsimmons said a side benefit to adding prairie is erosion control at those sites.

Transforming areas into natural prairie saves the utility about $8,000 a year in maintenance costs. 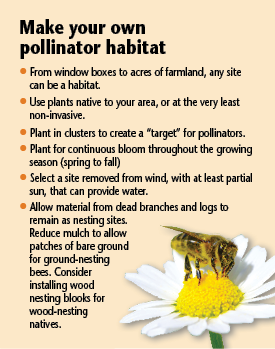 OPPD officials said the prairie project has sparked considerable community interest – even beyond Nebraska. Emily Muth, Environmental Affairs administrator at OPPD and Fitzsimmons have spoke about the project at the International Facilities Management Association Utility Council meeting in North Carolina.

It does take several seasons to develop the process and for it to be noticeable. OPPD did a second round of seeding this winter. Muth said part of the work includes “educating others on what urban sustainability looks like.”

“There has to be a balance,” Muth said. “Aesthetically pleasing doesn’t always mean straight lines in the lawn,”

There was good news this winter about the monarch and cause for optimism. The number of monarchs wintering in central Mexico is up 144 percent over last year’s survey, according to the World Wildlife Fund (WWF).

The monarchs travel close to 2,500 in their journey from Canada and the United States to Mexico where they hibernate in the winter.

Fitzsimmons said OPPD is getting several grants and looking at  community partnerships, among other options, this year. Founding sponsors of the project are Weedcope of Papillion, and Smithers Inc., of Fort Calhoun.