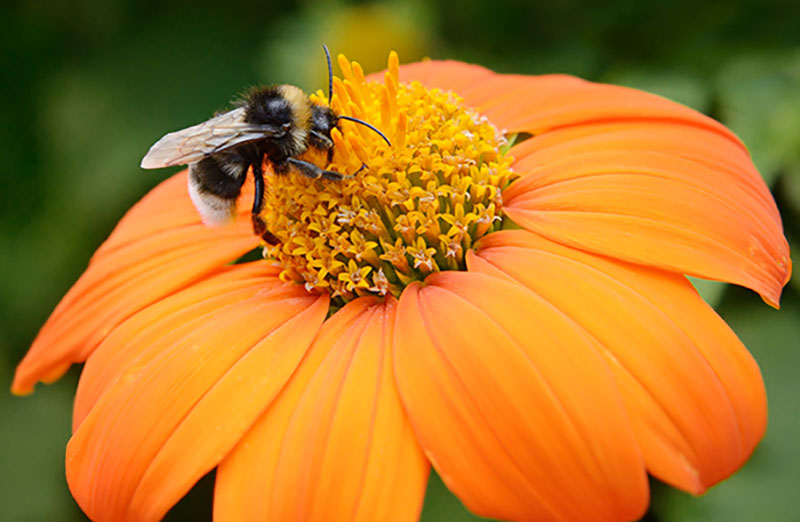 Changes are underway for OPPD’s “Prairie in Progress” pollinator program.

The plan largely involves replanting some areas that did not take off as well as OPPD officials had hoped. The program, which began in 2018, is a joint effort between Environmental Affairs and Building Services & Operations personnel, the Save Our Monarchs Foundation, and grants from the Nebraska Environmental Trust.

While OPPD is still focused on attracting and sustaining pollinators like the monarch butterfly, work is now being done to help other animals and insects.

“We need to establish grasses in our prairie land, too,” said Chris Vrtiska, OPPD’s wildlife natural resource specialist. “We are still focusing on pollinators, but we also need to support our ground nesting and upland birds, deer and our native bees. Areas like around Nebraska City Station could make for really good habitat for other wildlife to thrive as well.”

Vrtiska said OPPD will work with a different seed mix in areas that have not filled in as originally hoped. He said they need to find the right native mix to compete with brome grass and weeds that have overtaken some areas.

He said there are some areas that are in good shape and the plants and grasses have really taken to, such as at the OPPD Arboretum. But other areas need some help.

“We have some areas especially around some of our substations that need a lot of work,” he said. “They all got the same mix, but for some reason it hasn’t taken at some sites. We need to find the techniques that work and then go from there.”

Vrtiska said the milkweed is one plant that has done well. That’s great news for helping the monarch butterfly. Milkweed plants are integral to the butterfly’s survival. Their depletion has played a big part in why the monarch are in danger.

Insects lay their eggs on the plant, and it is the only food their caterpillars will eat. Vrtiska said OPPD will keep using milkweed as they also try to find the right seed mix to help other declining insects like the native bee.

Other substations around the OPPD service territory are in good shape, other than some encroaching plants they want to bring under control. There remains 325 acres of prairie land on OPPD properties.

Vrtiska said more work will be done in the fall as they try to bring more diversity into the utility’s prairies. He said it will be a busy fall of mowing and some herbicide work as they prepare the sites for the next phase.

From contested beginnings to a changing energy landscape, OPPD continues to work to power the future.