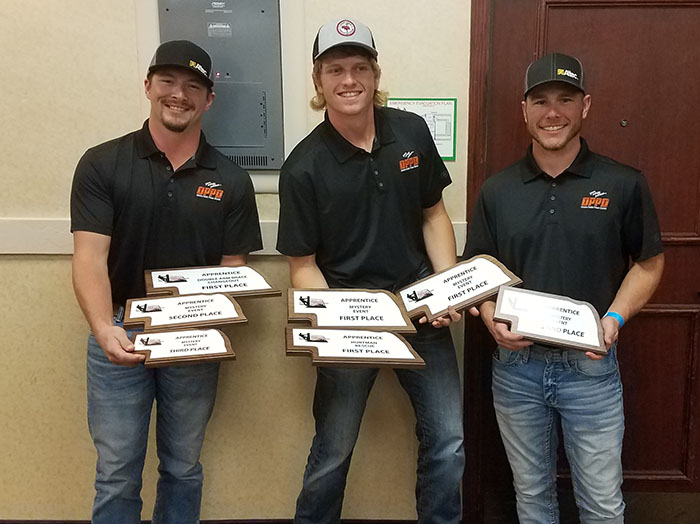 Lineworkers from across the state braved soggy conditions and muddy puddles to compete in the Nebraska Lineworker Rodeo. The event was held Aug. 24 in conjunction with the Nebraska State Fair in Grand Island, Neb.

OPPD had several teams competing in the event, including both journeymen and apprentices. Although weather conditions were less than ideal, the utility brought home some hardware.

Heavy rain and wet conditions made for some moisture-soaked fields where competition was held. But those conditions are not unfamiliar to lineworkers, who often work in less-than-ideal weather.

OPPD line techs placed first in three events and took the three top spots in the guy-wire installation competition. They won a total of seven awards at the event.

“I was very impressed with the focus and intensity that each participant put into the events,” said Lee O’Neal, director of T&D Construction at OPPD, who also attended the event. “It clearly demonstrated the level of skill and ability that all team members bring to OPPD each and every day.”

Personnel from OPPD have previously competed in the National Lineworker Rodeo in Kansas City. The Grand Island event was sponsored by Nebraska Power Association, a voluntary organization of the state’s 166 public power utilities and rural cooperatives.

Below are some pictures from the event.