A contrast of cultures on the Arabian Peninsula 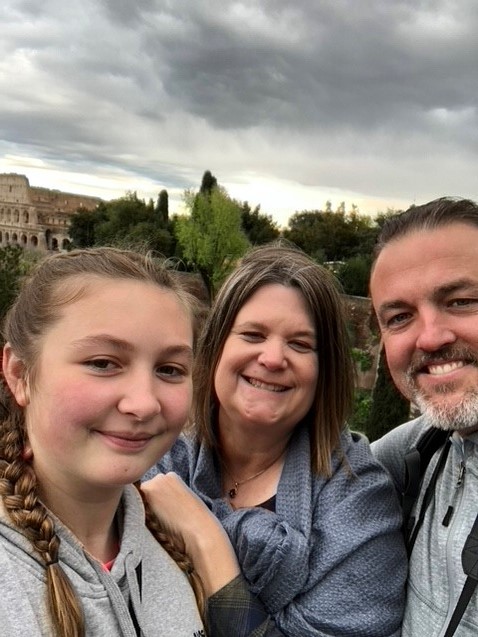 When OPPD announced the closure of its Fort Calhoun Station (FCS) nuclear plant in 2016, Tony LaRose was among the 700 employees asking the natural question: “What’s next?”

As a maintenance leader, he worked for 14 years supervising technicians on nuclear projects big and small, keeping the 500-megawatt plant running safely. With news of the plant’s closure, LaRose began a journey that would take him, his wife and their teenage daughter 7,500 miles across the planet.

Abu Dhabi is the largest of the United Arab Emirates (UAE), a cluster of seven emirates on the southern end of the Arabian Gulf. With a population nearing 3 million, the monarchy is in the process of building four new nuclear power plants.

When finished, each Barakah nuclear plant will generate 1,400-megawatts of power – nearly three times the capacity of FCS. The combined 5.6-gigawatt output will provide about a quarter of Abu Dhabi’s power. It will also support efforts to diversify the area’s energy generation.

This is the first large-scale commercial nuclear power venture in the region. Several former OPPD employees, including LaRose, were among nuclear workers recruited from around the world to work in Abu Dhabi. They advise on best practices and help guide the work. 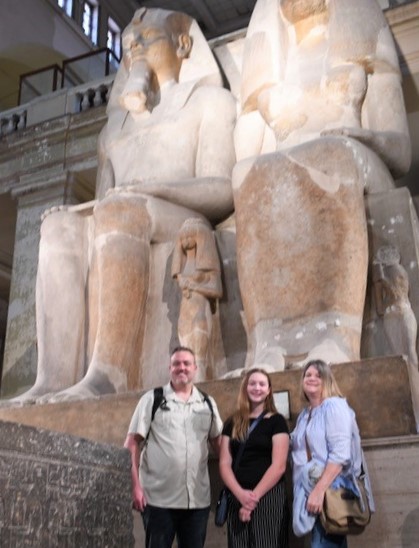 Preparing to uproot his family and relocate to a climate and culture unlike anything they had experienced before didn’t happen overnight.

“We did a ton of research on Abu Dhabi and Dubai on the web,” said LaRose. “I was fortunate to have some friends that lived and worked over here which allowed me to get firsthand accounts of life in the UAE.”

He added, “There are about 200 American families out here.”

It comes as no surprise that the first shock was the heat.

“It’s hotter than you can possibly imagine.”

Abu Dhabi’s air temperature can reach 120 degrees Fahrenheit in the summer and, unlike many other parts of the Middle East, it regularly experiences humidity above 60%. That combination boosts the heat index into dangerous territory – often well above 150 degrees.

When talking about their twice-annual trip back to Nebraska, he added, “The funny thing is, now that we’re acclimated, I was freezing on my trip home. The weather was in the 50s!”

LaRose said that while his wife and daughter sometimes miss the U.S., especially the grandparents and the dog, they are enjoying Abu Dhabi overall. “They like the traveling and experiences we’re having.”

“I’ve taken them to Dubai, Cairo and Rome so far,” he recalled. “We have trips to London and Greece slated for 2020.”

Some highlights from the LaRose family travelogue:

At home, his daughter attends an online high school, which he says is going quite well.

Both he and his wife were pleasantly surprised at how open the UAE is, something quite different from what the Internet depicted.

“I thought my wife and daughter would need to wear abayas (a commonly worn cloak-like garment) and be covered when in public,” he said. “But they wear whatever they want.”

Including at the mall. The UAE caters to all sorts of cultures. The family can eat at well-known American restaurant chains like Famous Dave’s, Subway and Raising Canes Chicken before shopping at Old Navy, Guess and American Eagle.

“I was fortunate to work with some amazing leaders that helped forge my leadership style,” he said, recounting experiences with maintenance, training and project management. “I was blessed to get exposed to many different facets of nuclear power because of the people at OPPD.”

The first Barakah unit is scheduled to go critical this year. The other three units will follow, going online in rapid succession. LaRose and his family intend to continue their Abu Dhabi adventure as American expatriates.

“I plan to continue working and traveling,” he said.  “I’ll stay here as long as (his employer) will have me, and my wife allows it!”