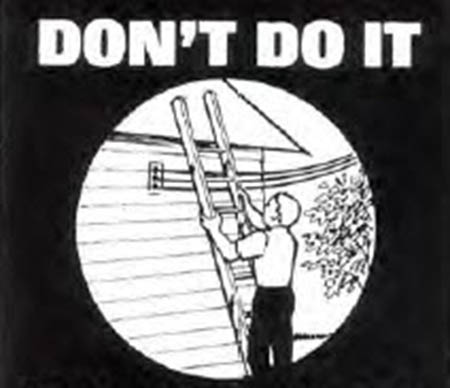 In 1969, Robert Stevens was a Line Department employee on patrol in west Omaha. Suddenly, he spotted a situation that could have had devastating effects.

A newly erected pipe or television antenna near a 13,000-volt line in a residential back yard caught his eye. Robert stopped and talked to the homeowner, pointing out the danger of the situation. Unaware, she asked him to remove the antenna, which her young son had installed.

The hazards posed by such situations often go unnoticed until it is too late. That prompted OPPD in 1969 to launch a safety awareness campaign to engage the public. The hope was to raise awareness to spare customers serious injury or prevent a fatality by reducing or eliminating many avoidable accidents.

The campaign consisted of a series of safety-oriented advertisements carried in various newspapers in the OPPD service area. Radio spots and other printed materials such as posters and signs for students, scouts, ham radio and heavy equipment operators, rural customers and others supplemented the campaign.

The safety campaign was also aimed at OPPD employees. It urged them to always be alert and to get involved when they saw dangerous situations.

By doing so, it was possible that beyond providing reliable service, they just might end up saving a life.