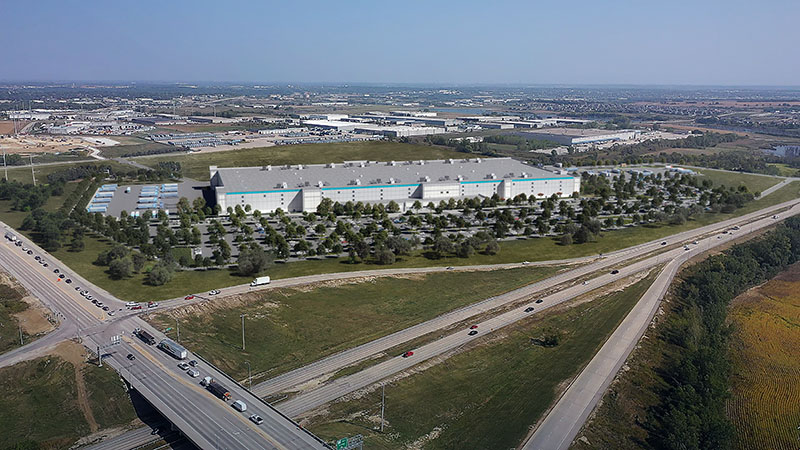 Online retailer Amazon announced Tuesday that it will build a fulfillment center in the Omaha metro area.

The company made the announcement during a virtual event in conjunction with the Sarpy County Economic Development Corporation and the Greater Omaha Chamber. The 700,000-square-foot facility will be operational by late 2021 and will be one of the largest such facilities of its kind in the metro area. It is expected to bring 1,000 direct jobs to the area.

The facility will be located on the northeast corner of Nebraska highways 50 and 370. It will join two other Amazon operations in the Omaha area, two Whole Foods locations and a delivery hub.

Amazon will build what it called a state-of–the-art robotic fulfillment facility, where employees work alongside Amazon robotics to “pick, pack and ship small items such as books, electronics and toys.”

“We are excited by the abundance of talent in the area,” said Mike Flannery, regional director of operations at Amazon. “These jobs will join the more than 500 jobs we already have here.”

Flannery said Amazon has invested more than $96 million in its local fulfillment center infrastructure since 2010, including wages to current employees in the state. He said Amazon’s investments in Nebraska contributed an additional $69 million to the state’s economy.

OPPD officials said the cost of doing business in our area, including electricity prices, are attractive to both new businesses and those looking to expand.

“Partnerships like the one OPPD has with Amazon and all of our local economic development partners and local officials allows our entire area to thrive,” said Tim Burke, president and CEO of OPPD, and chairman of the Greater Omaha Chamber’s executive committee. “Helping our local economies grow, and bring jobs to the area, is just one way we honor our community.”

OPPD’s experience with large customers and their partnerships with area leaders help accelerate projects like the Amazon facility.

“More and more, projects like these go to the community that can respond the fastest,” said Andrew Rainbolt, executive director of the Sarpy County Economic Development Corporation. “Having a partner like OPPD that can quickly and affordably provide reliable power that large projects need gives us a competitive advantage over the competition.”

Nebraska Gov. Pete Ricketts said the state has worked hard to make it easy to do business in Nebraska by cutting through the red tape. He cited the state’s lowest-in-the-nation unemployment rate – 3.5% – and diverse economy as reasons companies like Amazon locate here.

Ricketts also mentioned the work done by OPPD in helping land the project.

“We want to recognize the efforts of the team at OPPD which were also critical in making this work,” Ricketts said.

The facility, according to a study by the Omaha Chamber, is expected to add $203.9 million to the local economy each year.