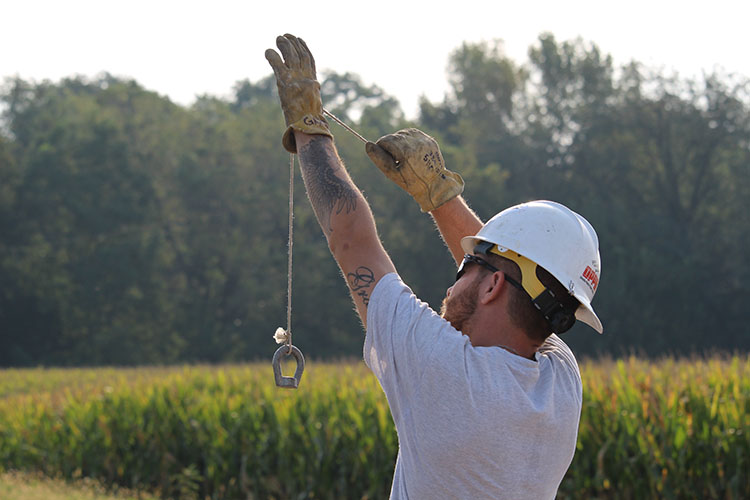 What is an apprentice program?

OPPD utilizes apprenticeship programs to ensure enough quality trades workers are employed to keep the power flowing smoothly and reliably. It is a program utilities and other businesses have used for decades. Before a trades worker can become a “journeyman” they must first serve as an apprentice.

Apprenticeships dates back to the Middle Ages. By combining on-the-job training with classwork and study, an apprentice is able to learn a trade or craft, it often includes a professional license or certification. Completing an apprenticeship certifies the person has acquired the skills and shown enough proficiency to continue practicing their craft.

At OPPD there are 10 apprenticeships with an 11th expected to come onboard in the spring of 2021.

The current apprenticeship programs are:

The new program coming early next year will be combustion turbine technicians, which used to be part of the instrumentation and control program. With the growing prevalence of different technologies, such as reciprocating engines, and the increased use of peaking stations, Local Union 763 and OPPD decided to make that its own apprenticeship program.

The Joint Apprenticeship Training Committee (JATC) governs and oversees the programs. The JATC has chairs from each trade as well as OPPD union members and leadership. They also oversee the standards for each program, guided by Local Union 763’s memorandum of understanding and Local Union 31’s contract.

“Our programs are really a joint effort between Local 31, 763 and OPPD leadership,” said Shon Bourke, director of Safety & Technical Training at OPPD. “The unions are heavily involved in making these programs as good as they can be.”

Bourke said OPPD has always had apprenticeship programs. Historically, they came about because of unions building their membership and needing technical training programs to make sure they had qualified and safe workers.

While each program is specific to the job, they do share similarities. They typically take four years to complete and involve on-the-job training, classwork, study and a series of tests. The final being a comprehensive journeyman test.

“The time frames vary somewhat but they all have benchmarks and standards that must be met,” said Brandon Parmer, field supervisor in Transmission & Distribution and chairman of the line technician apprentice program. “For linemen, that includes 200 hours climbing poles in the first year. The JATC monitors them to make sure there is a good mix and that they are well-rounded.”

The standards and materials change over the years and need updating. Bourke said the machinist’s curriculum has just changed and is now in the approval phase.

“We want to make sure the apprenticeship programs are positive and good for the apprentice, the unions, OPPD and its customers,” Bourke said.

Several OPPD employees serve on their local departments, and have lent a hand amid the COVID-19 pandemic to help their communities.

Powering Through the Pandemic: Work doesn’t slow at control center

There are fewer employees working in-person at OPPD's Energy Control Center, but the work itself hasn’t changed.