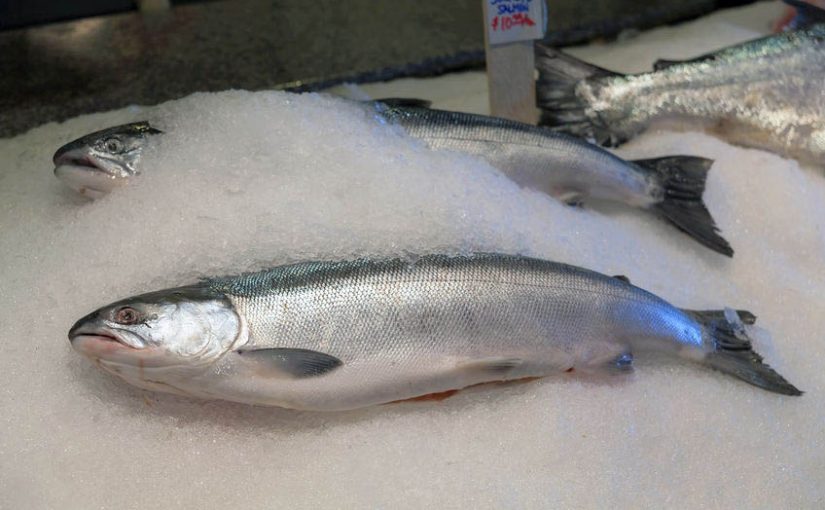 Omega-3 fatty acids coming from farm land rather than the ocean? It is closer to becoming a reality thanks to a facility on the Cargill campus in Blair, Neb.

Veramaris, a company formed by German biotech company Evonik and its Dutch partner Royal DSM, are nearly done with the $200 million plant where marine algae will be processed to make omega-3 fatty acids for animal nutrition.

The initial annual production capacity of the Nebraska plant will meet roughly 15 percent of the total current annual demand for EPA and DHA by the global salmon aquaculture industry.

Veramaris uses sugar in the form of dextrose and marine algae for the fermentation process to make the omega-3 fatty acids.

Humans and animals need omega-3 fatty acids to boost immune systems, heart and eyesight health and other benefits. The source for omega-3s typically come from wild salmon, herring and sardines.

Veramaris’ omega-3 fish oil – instead of wild fish – will be used for animal feed. Doing so will protect marine habitats and conserve the biodiversity of the oceans.

Commercial quantities of algal oil will be ready by mid-2019. Pilot-scale quantities have already gone to some select feed producers and farmers for market development.

According to Veramaris, the omega-3 fatty acids EPA and DHA added to animal feed have come almost exclusively from marine sources. Sixteen million tons of wild fish are caught for the production of fish oil and fishmeal each year. The result is the “slow but sure decimation” of our oceans, according to Veramaris CEO Karim Kurmaly.

At a recent event on the Cargill campus, representatives from Veramaris, Evonik, Royal DSM, and other affiliated companies discussed the benefits of the company and its technology.

Kurmaly asked why, if we are talking about saving the oceans, are they located in Nebraska?

Dextrose produced from corn on the Cargill campus may be the answer.

It is key to Veramaris process. Evonik has been operating on the Cargill campus for nearly 20 years. They use Cargill dextrose to make lysine for the animal feed industry.

“Our algal oil is the response to the industry’s call for a sustainable source of the omega-3 fatty acids EPA and DHA,” Kurmaly said.

A slide show presentation showed the construction progress on the site and the history behind the formation of Veramaris. Attendees then took a tour of the Evonik site.

OPPD played a part in the project through its support of economic development projects.

“We played a role in the site selection and coordination among development partners to ensure needs were met,” said Brook Aken, OPPD economic development coordinator. “We look forward to seeing the positive impacts Veramaris will bring not only to the community and the region, but also globally by making aquaculture more sustainable.”