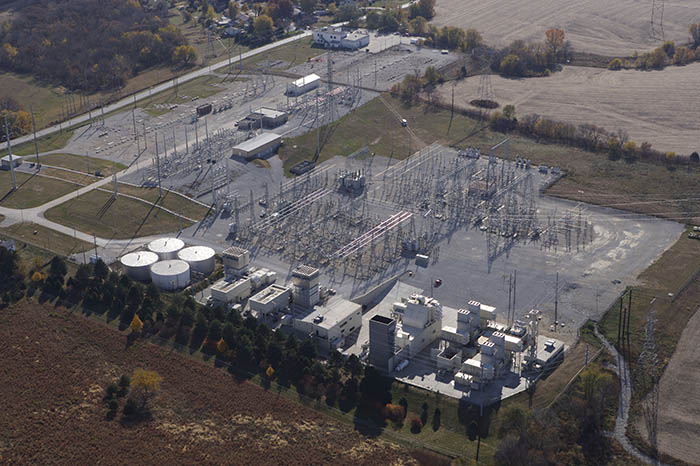 May 2018 – one of the hottest Mays in years – kept OPPD’s generating stations running overtime to keep up with customers’ air conditioners.

OPPD’s two baseload facilities – Nebraska City and North Omaha stations – were at the forefront of that generation. But so were OPPD’s peaking stations at Cass and Sarpy counties as well as Jones Street Station, one of OPPD’s oldest facilities.

Cass County Station, a 320-megawatt (MW) facility that runs on natural gas, set a record for generation in May 2018 with a total of more than 22 gigawatt hours.

OPPD didn’t use the plant last year due to the June 16, 2017 storm that destroyed a seven-mile portion of 345-kilovolt transmission line. OPPD rebuilt the line. It was ready to use by May 2018, just in time for the unseasonable heat.

According to the National Weather Service in Valley, Neb., the month was the second-warmest on record in Omaha. It ended with a record 101-degree day on May 27. Four straight days set or tied for a record temperature: May 25 through May 28.

The high temperatures weren’t the only factor for the record usage. Joel Johnston, director of integrated work management and planning, said generating units outside of OPPD were offline for maintenance repairs or other reasons.

“With SPP (Southwest Power Pool) being a much larger footprint, a lot of it depends on what is going on outside our network, transmission constraints and wind availability,” Johnston said.

There are times SPP will ask OPPD to start the units as soon as possible.

“There was a time in May that they called and asked that everything run so there was obviously something happening out there on the system,” said Todd Anderson, lead engineer with OPPD’s Production Operations Division. “They needed generation right now and that’s the whole point of these units.”

who goes to work

Price, location and start-up time generally dictate the order in which the peaking unites are called upon. One of the last units called upon is usually Jones Street Station. This is because it is more expensive to run the oil-fueled facility.

The peaking department has also maintained one of the highest safety records in the utility, going seven-and-a-half years without an incident. Johnston said the uncertainty of whether or not the units will be called upon actually helps the workers stay safe.

“I think it keeps them from becoming complacent,” Johnston said. “It keeps their mindset right because things can change at any time. They can’t get into a routine.”

The peaking plants department officially formed in October, 1994. The “peakers,” as they are known around OPPD, will play a valuable role in providing energy to customers for years to come.