FCS chemist went from crime fighting to the lab 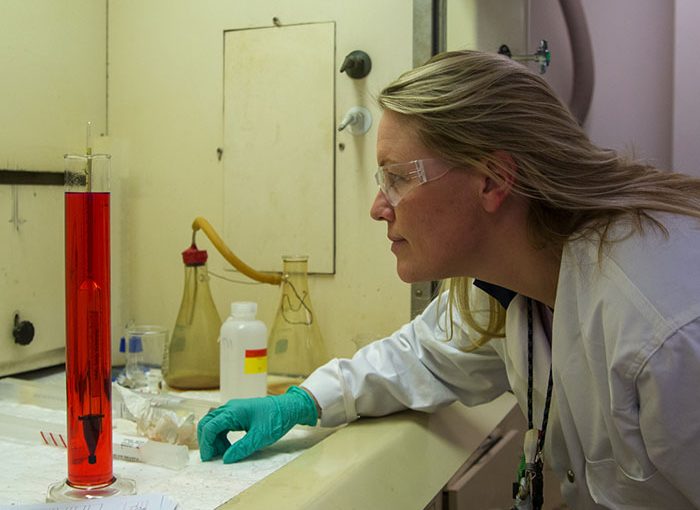 Jennifer Reyzlik’s career in science has taken her from examining fingerprints for the Nebraska State Patrol to the bright lights and seedy underbelly of big-city crime and back home to Nebraska.

Admittedly, Reyzlik’s career before coming to OPPD as a chemist was more exciting, though not a career for the weak-stomached. Her job in Las Vegas was the stuff of popular TV crime drama – literally.

After graduating with a master’s degree in forensic science from Nebraska Wesleyan University in Lincoln, Reyzlik worked for the Douglas County Sheriff’s office and then the Nebraska State Patrol. In 2003, she moved to Las Vegas and took a job with the North Las Vegas Police Department.

Right away, she worked homicides, suicides, car accidents and every imaginable type of crime.

“There was one day I worked several bodies in one shift. In Omaha there is not as high of a death rate per day needing CSI investigation,” she said. “I needed a break, and it was a good change for me moving back home.” 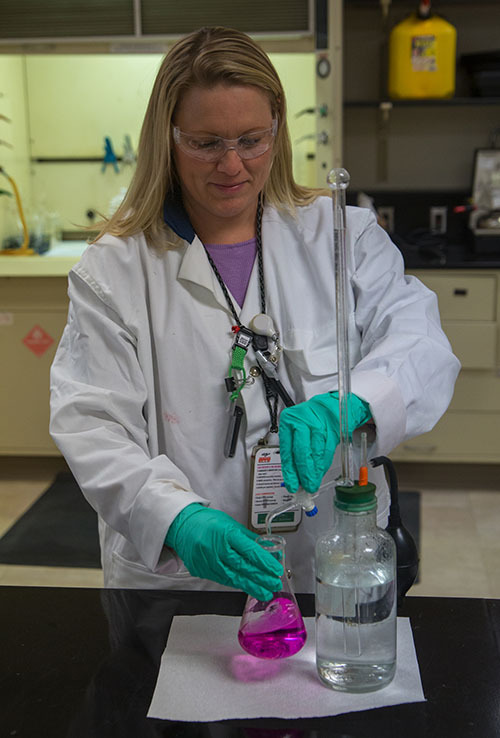 Reyzlik grew up in Blair and inherited a love for law enforcement from her step-father, Cooper Hanson, who was a banker by day and a part-time Blair police officer in his spare time. But she didn’t want to write traffic tickets and found the perfect fit combing law enforcement with scientific skills.

A professor at Nebraska Wesleyan encouraged her along the way, so she switched from chemical engineering to pursue forensics, which was clearly her passion.

As a crime scene investigator in Las Vegas, she was sometimes asked to pose for pictures at crime scenes. Her time there coincided with the heyday of the popular CBS TV Show “CSI: Crime Scene Investigation.”

At first it was pretty cool. The show’s creators would occasionally reach out to people in the office Reyzlik worked for plot ideas. A few of the story lines were too close to real cases Reyzlik worked, plus the over dramatization and inaccuracy in the time it took to solve a case caused her to quit watching.

However, she enjoyed helping others learn about the job and speaking to people interested in pursuing forensics as a career.

“The gruesomeness of the scene, the blood or the smell gets to people,” she said. “I liked taking people on ride-alongs, showing them what the job entails to make sure they can stomach it. You don’t want to invest in all that schooling if you can’t.”

Reyzlik has lots of stories about cases she helped solve. Once she spent three months attending training at the prestigious National Forensics Academy – also known as the “Body Farm” – at the University of Tennessee. She was one of 16 people in the country accepted for the prestigious training for that session. 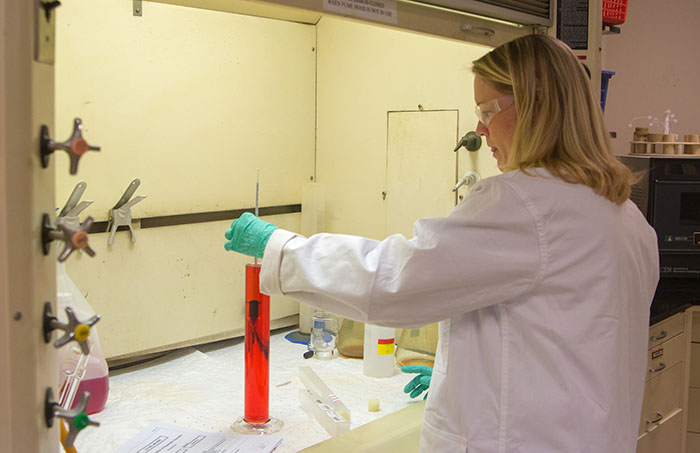 Eventually, Reyzlik decided she wanted to return to Nebraska and applied at OPPD on the advice of a friend, Ted Maine, FCS plant manager, who then worked in the radiation protection department at FCS.

Upon moving back to Blair, she ran for the Blair Community School’s Board of Education and is just finishing her second term.

“The Blair schools has been a passion of mine they helped steer me into what I loved doing,” Reyzlik said. “When I got back here, I wanted to jump right back in and serve the community.”

Reyzlik’s tenure at FCS has been eventful. The historic flood of 2011 struck in her second year back to the area. It’s a time she’ll never forget.

During the flood, Reyzlik helped with security. She assisted with lookouts and then transferred to the crew that brought fuel and water in and out of the plant on a four-wheeler.

With decommissioning happening at FCS, Reyzlik and her group are now  focusing on the spent fuel pool. Over the years, she equally enjoyed the typical daily work as well as the variation that came with working refueling outages.

She came to FCS without any nuclear background and worked hard to get through the training program. There is plenty of work still to be done at FCS such as site characterization and asbestos removal. She is hoping to cross-train with radiation protection to help with the decommissioning.

OPPD has been good to her and her family, she said. Reyzlik’s 13-year-old daughter, Caitlyn is a student at Blair Middle School. Her husband, Heath, is an Omaha firefighter. Eventually her time with OPPD will end she will have to find a new job. She is considering a return to law enforcement. She admits she misses crime scenes.

“When I came back home, I needed a change of pace,” she said. “The people at OPPD have been good to work with. Nuclear people have a whole different kind of quirkiness compared to cops, it’s been fun. When it ends, I’ll move on and find something else.”