Team digs in to promote development 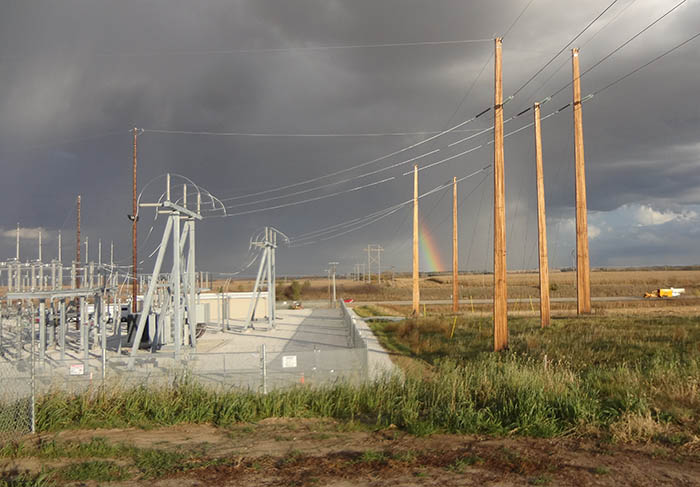 What goes into getting a piece of land “shovel-ready” for development? Quite a lot, actually.

So much work and different divisions are involved that in the summer of 2016, OPPD leadership formed a team to do just that. The recent decisions by Facebook to build a new data centers in Sarpy County is proof that the approach is paying off for both OPPD and its ratepayers.

But it isn’t just Facebook. The work done by the Economic Development Large Business Attraction team will help bring many more businesses to our area.

“We wanted to clear the hurdles to making these sites shovel-ready and making the landing for new businesses as smooth as possible,” said Dannie Buelt, interim director of Engineering.

Buelt and fellow co-sponsor of the team, Tim O’Brien, manager of OPPD’s Economic Development team, can see the effort paying off now. The team’s primary focus is on the electric infrastructure aspects of economic development. They also strive to provide flexibility in the electrical service provided while maintaining our high reliability.

The current team began in 2007 after OPPD lost out on several projects due to a lack of controlled sites to develop.

When O’Brien joined OPPD, the group focused on making sure potential sites were taken to the level of being “shovel-ready,” meaning all due diligence has been done and the property is ready to go.

Such efforts have helped land companies like Fidelity, Travelers and now Facebook. All of these companies have projects that went through the development process, in which OPPD was heavily involved.

Buelt said OPPD’s Economic Development Department is constantly working to draw in new customers. And those customers often want information on how the utility can accommodate their energy needs.

“It can be challenging and time-consuming to answer those questions,” Buelt said. “The analysis and information can come unexpectedly and needs to be turned around quickly. Instead of being reactive – evaluating sites we have not studied – we are being proactive – evaluating a few key areas and working to provide the information that city or county planners, economic developers and the chambers of commerce want to see.”

According to Buelt, that means doing the analysis ahead of time and knocking down barriers and hurdles that would make it difficult for a company to quickly land here.

Hanson said the work is a balancing act and can be challenging.

“There may be a site that is great for OPPD and right where we’d love a new business to be, but it isn’t just about power,” he said. “There are a number of other considerations we have to look at, like sewer, fiber optic and water availability. And is the land even available? We’ve had projects that ask for many contiguous acres of land, but it’s hard to find available land that meets their criteria. Between farm acres and urban sprawl, those places just aren’t there.”

And one that requires partnerships. Cities and counties have their own development plans that dictate expansions and updates for their own infrastructure. These are things OPPD has to be aware of, too.

The planning does pay off. Working with companies like Facebook makes one thing clear: the better the planning and partnering, the better it is for OPPD and its service territory.

Flexibility and willingness to meet customers’ needs is one hallmark of public power. And that makes OPPD’s area so unique and attractive.