The Henry Doorly Zoo and Aquarium’s Lied Jungle officially opened on April 4, 1992. It provides an opportunity for millions of people to experience the sights, sounds and smells of a tropical rain forest.

That was the intent of Dr. Lee Simmons, then-director of the zoo, and designer of the Lied Jungle.

“Not many people will ever have the opportunity to visit a rain forest in their lifetime, so we brought the rain forest to them,” said Dr. Simmons in a spring 1992 Ideas magazine article. OPPD published the magazine from 1946 to 2012 to share energy-management ideas and innovations with its commercial and industrial customers.

The jungle instantly became a prized jewel of the metro Omaha area, attracting millions of visitors and paving the way for other exhibits at the zoo. Today, Henry Doorly consistently ranks among the top zoos in the world. 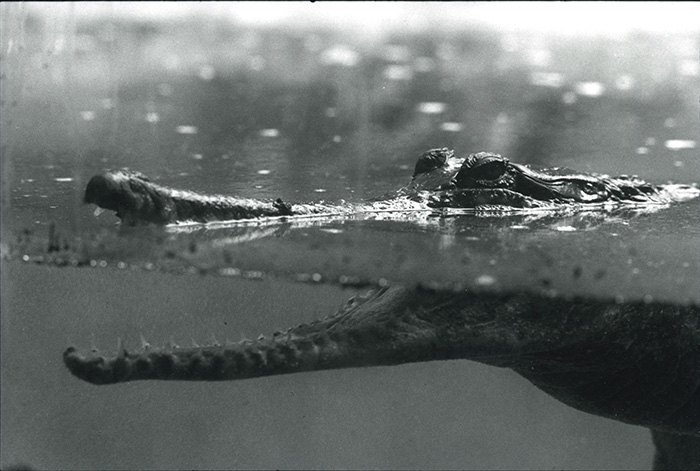 The Lied Jungle is an eight-story building that covers one and one-half acres with 60,000-square feet of viewing space

The interior features the sights and sounds of jungles in South America, Asia and Africa. Over 125 species of endangered animals and about 2,000 species of exotic plants and trees make their home there.

“The main function of the jungle, named after Ernst F. Lied, a past Omaha businessman and zoo enthusiast, is to educate zoo visitors about the importance of preserving the world’s rain forests, which are being destroyed at an alarming rate, Dr. Simmons said. “More than half of the world’s animal and plant species can only exist in the delicately balanced ecosystems of tropical rainforests.”

“We wanted to make the re-creation as true to life as possible, so a lot of attention to detail was emphasized during construction,” Simmons said. “Man-made trees and rocks, together with the real things, will help our visitors feel like they are actually in a jungle.”

Two, 80-foot-tall and 12, 60-foot-tall support columns look like massive trees. They are made of a mixture of concrete and fiber, hand-carved and painted. 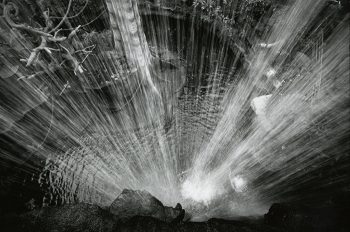 The realistic setting is made possible by a state-of-the-art energy- management computer system. This system, in conjunction with electronic motor speed control and supervision, helps preserve the jungle’s atmosphere by controlling the air-handling systems to maintain a desirable temperature at 75 degrees, with 75 percent humidity year-round. A misting system built into the man-made trees produces a fog that hangs in the treetops and over the water moats.

Weatherproof and non-metallic lighting fixtures are used throughout the facility to minimize the corrosive effects of the humid environment.

Because of the variety of animals in the Lied Jungle, special lighting was incorporated into the design.

Engineers at Omaha-based Alvine and Associates utilized unusual lighting techniques in all areas of the jungle. They include: time-clock-controlled lighting used to reverse the day/night cycles of nocturnal animals; display lighting concealed within walls, rocks and under walkways; special lighting for breeding and production of butterflies and various insects; and heavy-duty directional and physically protected cage lighting.

Natural light filters in through a fiberglass ceiling that is 75 percent translucent. How/Nelson Associates of Omaha served as the architect for the $15 million project. The contractor was Peter Kiewit Sons Inc.

To ensure energy efficiency for the entire zoo, OPPD contracted an outside company to do an energy audit on all the zoo’s facilities. The audit reviewed the buildings; the heating, ventilation and air conditioning systems; and the lighting systems. With the audit data, the zoo set out to save additional energy and money.

“Jungles are an important part of everyone’s lives,” Dr. Simmons said. “Many types of food and spices grow in the jungles, and jungle plants provide medicines. This exhibit will help people understand how extremely important these jungles are. Visitors will not be disappointed.”

When OPPD holiday cookbooks were all the rage

Grandma may have found the recipe for her famous lime gelatin salad in one of these cookbooks, once a collectible giveaway.

When a utility deals with the aftermath of a destructive storm, fellow utilities pitch in to help through mutual aid network.

Unit 2 roars back to life with a new turbine rotor, new high-energy piping and an array of operational enhancements.