Caution should be a top concern around road construction 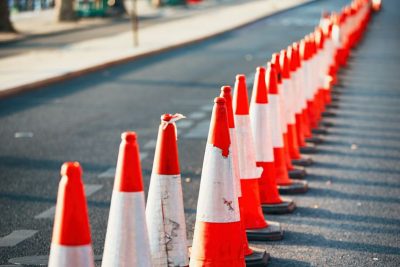 Summer in the Midwest means two things: an increase in road construction and drivers criss-crossing the highways on vacation.

It should also mean an increased awareness about roadside safety. When driving around construction, be mindful of first responders at work, or even utility crews working near roadways.

Rules of the road

Crews follow guidelines for traffic control outlined by the Manual for Uniform Traffic Control Devices (MUTCD), published by the federal highway administration. OPPD field employees receive training on how to read the manual and carry flip charts specifically for utilities that include diagrams and set-up instructions.

If an OPPD crew works on a long-term project near a roadway, they use more permanent signage provided by a contractor. Along state highways, the Nebraska Department of Transportation will install attenuators, which provide an extra layer of protection between motorists and workers.

One noticeable addition to OPPD trucks are blue warning lights, similar to those on first-responder vehicles. These lights were added several years ago to increase visibility for OPPD vehicles.