Environment a priority at work, home for Finigan 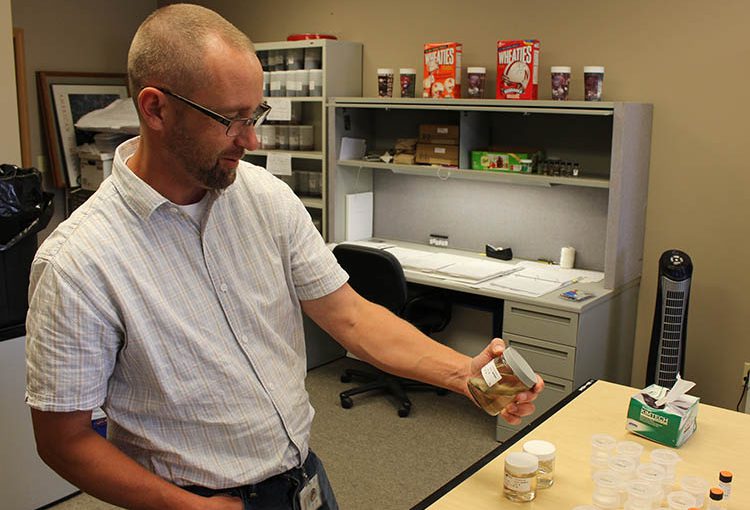 It doesn’t matter if Patrick Finigan is tracking pheasant through a field on a crisp fall morning or preparing several-hundred pages of a study for a regulatory agency. He’s all about the environment and how he can make it better for future generations.

As OPPD’s environmental administrator, Finigan is at the forefront of the utility’s efforts to be a good steward of the land and water. He was an environmental consultant before coming to OPPD seven years ago. Since joining OPPD, Finigan has been involved in environmental studies ranging from how to protect the rare Northern Long-Eared bat, to protecting fish from being caught in OPPD’s power stations, to monitoring invasive species like zebra mussels.

Finigan will soon begin working on a baseline study to evaluate the risks and benefits of establishing a wetlands mitigation bank. Finigan came up with the idea and pitched it to senior management as part of OPPD’s ongoing innovation initiative. 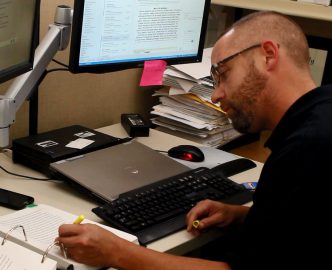 In his role at OPPD, Finigan interacts with co-workers across the organization and many outside the utility. Finigan also serves on the board of directors for Keep Omaha Beautiful.

Growing up, the Omaha native spent most of his free time outside on his family’s farm near Lincoln. He still spends a lot of time there.

He first started hunting with his dad when he was 6. Walking the family’s land, he learning safety and the importance of animal population control, along with lessons on creating the best habitat for animals to thrive.

Finigan has worked with the Natural Resources Conservation Service (NRCS) and other regulatory agencies to help improve the wetlands on his family’s land.

When Finigan was 14, he started volunteering at Omaha’s Henry Doorly Zoo and Aquarium. He worked for a research specialist there in the reproductive physiology field. This experience helped foster his interest in biodiversity and its importance. It also cemented his desire to work in the environmental field, either as a researcher or an educator.

At OPPD has been able to do both. He helps the company look at the environment in different ways. This allows OPPD to minimize its impact and find the best ways to tackle complex issues.

“How we look at our environment today is we have to look at it with the idea that it is for our children,” Finigan said. “As a father of three, I want to make sure my family farm, the city of Omaha and the state of Nebraska stays the same. I’ve enjoyed my life here, and I want to make sure it is going to be just as great for my children as it is for me.”