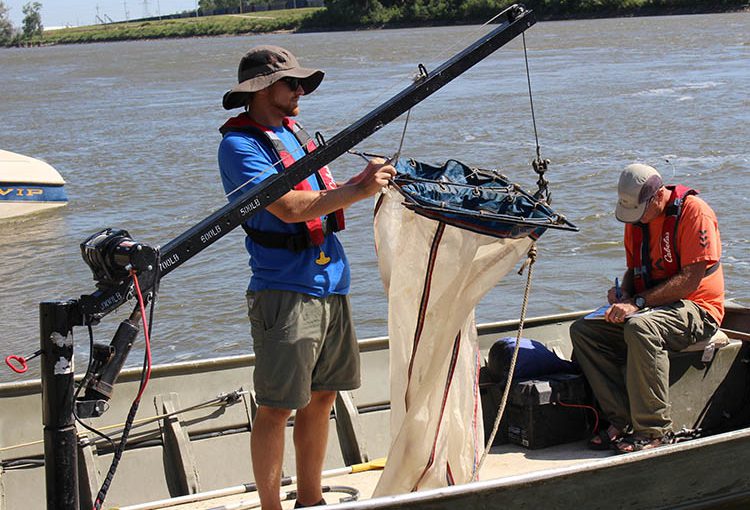 A group of scientists and OPPD employees have been spending a lot of time on the Missouri River.

They are collecting data and samples for a fish study outside OPPD’s three main baseload plants – North Omaha Station, Fort Calhoun Station and Nebraska City Station. The study, which is one of a dozen, will ensure OPPD is in compliance with the Environmental Protection Agency’s 316(b) rules that govern cooling water intake structures and protect fish, shellfish and their eggs around those structures. 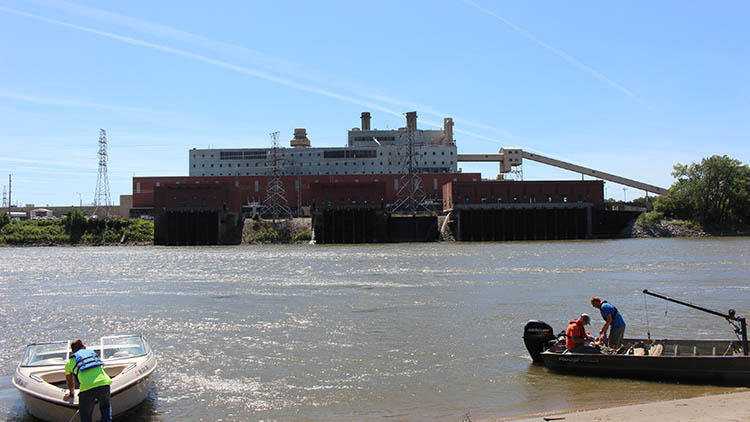 The 316(b) rule was put in place prior to OPPD’s most recent renewal for its National Pollution Discharge Elimination System (NPDES) permit, which comes up every five years.

Those three plants use Missouri River water for cooling purposes.

The rule, according to Patrick Finigan, OPPD’s environmental affairs administrator, was enacted to make sure OPPD and similar businesses and utilities take proper measures to protect fish in the river.

“OPPD is a very strong advocate of ensuring fish vitality in the Missouri River,” Finigan said. “We’ve done a good job in the past. We’ve installed fish-friendly screens at two of our plants, screens that have been approved by the EPA.”

Finigan said there are 12 “r” studies required with 316(b), one of which is the entrainment study that’s been going on since May on the river. It looks at larval fish and the variations of what types may be brought into the plants through cooling water intake as well as fluctuations in population due to time or season. 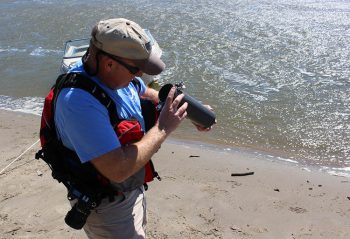 The entrainment study, which may continue into next year, is the most extensive one of its kind done by OPPD since the 1970s. All studies required by 316(b) must be done within 42 months.

The entrainment studies help OPPD determine what technologies are needed to protect the fish in the river, some of which includes freshwater drum, gizzard shad and minnows. There are also carp, catfish, gar, the endangered pallid sturgeon – as well as some game fish, such as walleye and northern pike.

The information gathered since May will be compared to the historical data and will determine if OPPD needs to continue testing and gathering data next year, said Dan Bigbee, Environmental Scientist at EA Engineering, Science, and Technology and the project manager of the study. OPPD is contracting EA, which has offices and labs in Lincoln, to gather the data. 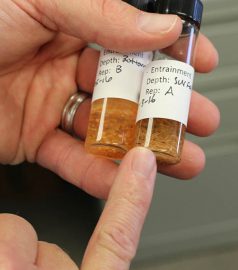 At EA’s Lincoln lab, scientists go through the water and detritus collected each week outside the three plants and must separate the larvae and fish and identify their species. It’s tedious work, but necessary to ensure the accuracy of the study and to help OPPD comply with the rule.

Scientists from EA take samples from the river at various times and depths using nets, much like a wind sock hooked to a cup. The samples are preserved and a dye is to make it easier to see the tiny living larval fish. Back in the lab, the larval fish are identified and recorded. 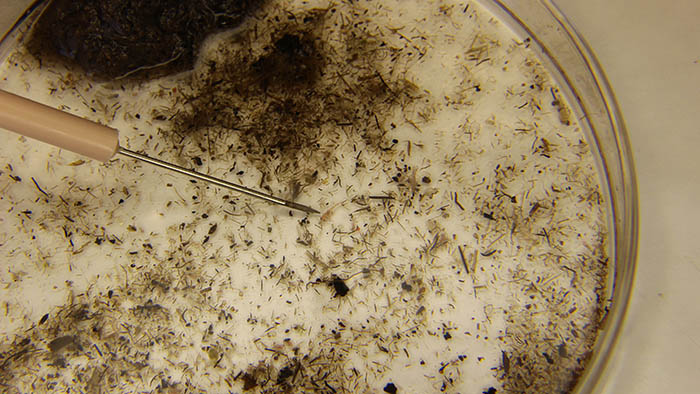 The studies will help OPPD determine if different technologies will be needed at the generating stations to help protect the fish or if current technologies and measures are sufficient. The final report package will go to the Nebraska Department of Environmental Quality for a determination, said Bryan Lorence, lead environmental specialist at OPPD.

Finigan pointed out a lot of different areas of OPPD, including nuclear chemistry, environmental services, fossil plant production, design engineering and others have been involved with dealing with the 316(b) rule.

OPPD takes part in a wide variety of environmental studies and projects including monitoring of fish populations in the Missouri River in conjunction with Nebraska Games and Parks.