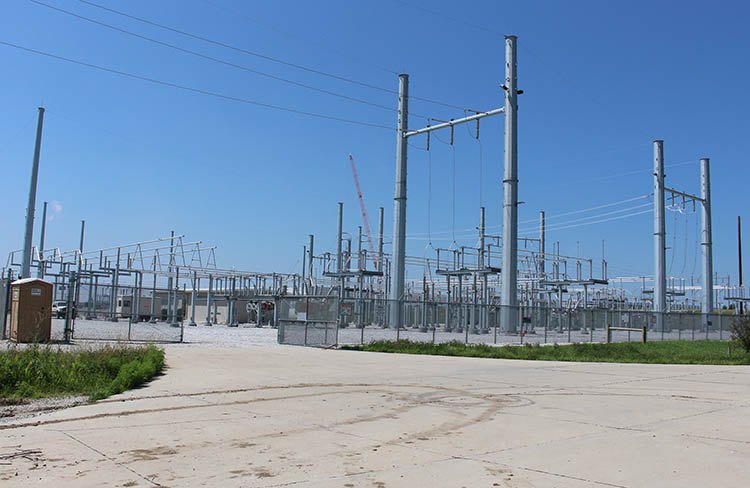 The substation upgrade that will feed Facebook’s data center in Sarpy County was finished this spring and energized in July.

The work, done ahead of schedule, was standard as far as expansions of this kind.

Shawn Smith, Substation crew leader, said it was a large project that involved many different departments.

“This wasn’t the biggest expansion we’ve done, but there was a lot of equipment and a lot of material added,” Smith said. “It was a big expansion for us in a short amount of time.”

Substations help route electricity and transform it into useable voltages through OPPD’s distribution system, or they can step up voltage to travel long distances across the utility’s transmission system. In all, OPPD has about 130 substations serving its 369,000 customers.

“There was some concern over getting it done in time, but the crews were able to do so early and they did a great job,” said Lee O’Neal, manager Substation & System Protection.

The facility is a newer one. OPPD finished it in 2014. The substation is now twice its original physical size, said Matt Eibes, manager of Substation Engineering.

“This was a very significant overhaul in terms of design,” Eibes said. “We added 11 new breakers and other modifications to support not only Facebook, but other future development.”

Eibes said the sub is now ready to expand further, if needed.