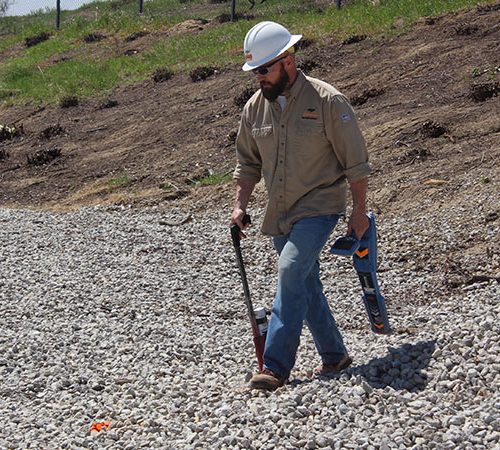 OPPD is finishing the first phase of a years-long project to install fiber optic cable throughout the service territory to replace older communication methods.

The first phase of the large project, known as the Fiber Network Expansion, is nearly complete, according to OPPD officials. This phase of the project involved many different parts of the company and met critical needs. Failure wasn’t an option, one official said.

OPPD, like many companies and utilities, depends on communications and communication systems to function. Some of these systems are for human interactions while others are for equipment or system interaction.

Around 2010, the nation’s largest telephone companies decided they no longer wanted to support copper landlines for utility needs. Much of the telecom industry had moved or was moving to fiber optics. Fiber optics were seen as less expensive and easier to maintain. The phone companies indicated those copper landlines would be phased out in the coming years, and would be completely unavailable by a  “sunset” date.

Utilities were concerned about how they would adjust to the decision. Jim Helmberger, a principal engineer at OPPD, was one of the early members of the team that looked into resolving the issue. The copper lines were great for utilities as they had “very, very low latency,” which made them essential to how the power grid functioned, Helmberger said.

The telecommunication companies offered use of the new fiber systems, but there were issues with that option. Concerns focused mostly around the level of performance for those systems. The utility industry pushed back on the sunset dates, buying time to develop replacement options.

OPPD decided to expand its own fiber network to mitigate the coming loss of more than 400 leased lines.

“It was determined that an OPPD-managed fiber network would meet the critical performance needs for the grid, and most importantly, would be done before the deadline,” Helmberger said. “Failure was not an option.”

OPPD crews have followed an aggressive schedule in the past few years to install the fiber optic cable. Now, nearly every building OPPD owns – from the critical Energy Communications Center to most of the utility’s 130 substations – has fiber optic connections, thanks to this project.

Helmberger said the project was critical for OPPD and other utilities around the country. At one point, a group of 20 major utilities teamed up to brainstorm a solution through the Electric Power Research Institute.

“At OPPD we are good at recovering from storms,” Helmberger said. “But this was a hidden storm that came up, and we fought it and addressed it.”

Transmission Engineering was one of the first areas that went to work once the solution. That area “hit the ground running” early on and got to work building out the physical fiber network, said Jacob Welchert, a Transmission & Distribution project manager, who helped manage the fiber project.

“We wanted a system that would fit all of OPPD’s needs,” said Dan Erdman, an OPPD engineer. Erdman, who works in Transmission Engineering, called the fiber network the “nervous system.”

The main need was to replace communication systems to all corners of the service territory, Erdman said. Since transmission lines already cross that area, OPPD chose to use optical ground wire (OPGW). OPGW is a proven technology that OPPD has used in the past. It replaced existing shield wire on a transmission line to serve as both a shield wire and a communication path.

“There are a few locations where the transmission line doesn’t go or that have been deemed not fit to carry such wires,” Erdman said.  “We have used buried fiber in those cases.”

Over the past three years OPPD has installed about 216 miles of OPGW, along with 70 miles of underground fiber. Erdman said the team used 3-D modeling for the design and installation of the OPGW.

OPPD had to remove the telecom companies’ equipment and replace it with new fiber “transport” equipment – hardware and software – at OPPD facilities. Selection of the new transport equipment, a significant step, was a team effort between Energy Delivery and Business Technology.

At this time, OPPD is using only a few of the existing telecom lines. The utility will quit using those lines early next year.

The next phase of the project, now underway, involves further building out the underground fiber components.  Further reducing risk by adding even more redundancies to the system is also part of the next step.