Finding a new place to belong 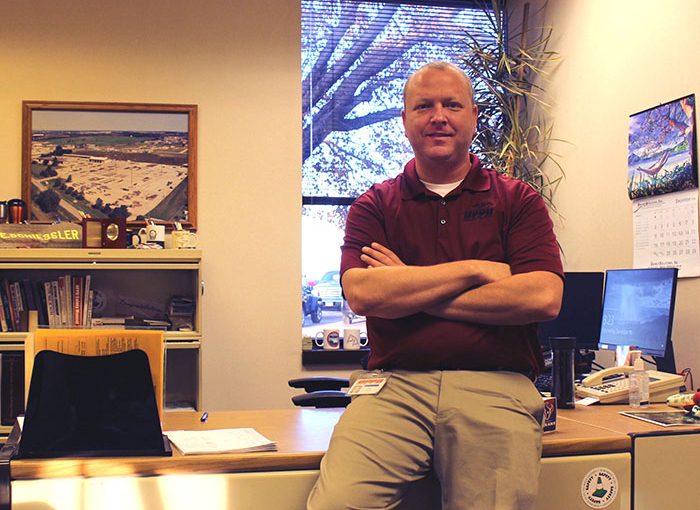 John Kelly remembers sitting in the break room and getting the news that the plant where he worked, Fort Calhoun Station, would cease operations due to financial reasons.

Eli Schiessler was interviewing job candidates for the plant. FCS was the only place he’d ever worked in his 15 years at OPPD.

Both wondered about their futures. And both found new roles in OPPD, as have 76 other FCS employees over the past two years.

“They’ve done an amazing job of keeping the talent and skills of the people we had up there within OPPD,” said Schiessler  “In Metering, we hired six metering apprentices. These are highly skilled craftsmen coming in at the apprenticeship level so they bring all these other skills to the job.”

Schiessler left FCS as a supervisor in Instrumentation & Control to become field supervisor in the Metering Services department. Now he is the new manager of OPPD’s Papillion Service Center.

Justin Robinson, a Maintenance supervisor at FCS, was just named as Schiessler’s replacement as the field supervisor in Metering Services.

Kelly was a contractor at FCS in 2009 before joining the design department in 2014. He was a weld engineer in maintenance. In 2017, Kelly transferred to Technical Services where he worked on inspections and power station maintenance outages.

Now Kelly works with the area’s hospitals, schools and other large businesses as their main OPPD point of contact. Both Kelly and Schiessler say they still see and hear from their FCS co-workers.

“Happens every day,” Schiessler said. “I get calls from people I worked with asking about openings or wanting to arrange ride-alongs to see other areas of the company.”

Kelly said a special camaraderie exists among those who worked together at FCS and now work elsewhere in the company. Some people who left OPPD after the FCS decision have even come back to work at the utility, Kelly said.

Schiessler said the decision to cease operations at the plant caused him to look beyond his comfort zone. At FCS, Schiessler said he was in a silo. Kelly agreed, and both men said they enjoyed getting to see other areas of OPPD.

“I’ve learned to not limit myself,” Schiessler said. “Who would have thought an I&C tech would become a center manager in T&D a few years later? In the past, that’s not something I would have stretched myself to apply for. The past few years I’ve been able to grow as an OPPD employee and leader.”