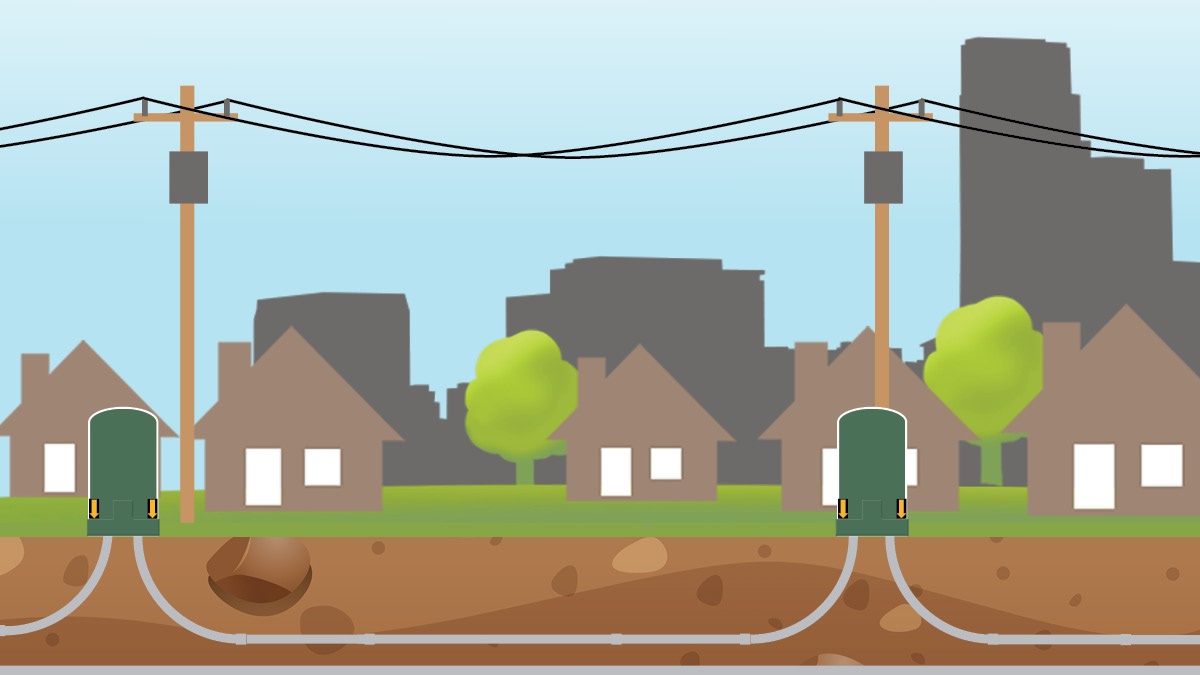 OPPD, like other utilities, considers several factors when deciding whether to install power lines overhead or underground in neighborhoods and developments. OPPD factors in the density of the neighborhood, accessibility and cost, among other things. Both approaches have advantages and disadvantages.

Overheard power lines are more common in older, established residential neighborhoods. In most cases, underground lines were not cost-effective or common at the time these older power lines were installed. Wind, ice and trees can cause interference with overhead lines, which are also susceptible to damage caused by vehicles hitting poles. However, finding and repairing damage or faults with overhead lines is much easier than doing so below ground, and repairs are typically less costly.

Underground power lines are considerably more expensive to install – and more time-intensive to repair. They are more common in commercial areas, newer residential neighborhoods and high-density areas, like downtown Omaha. Burying lines protects them from wind, ice and tree interference (although that interference can affect the overhead lines that feed underground areas); however, underground lines are much more susceptible to problems caused by flooding.

In the infographic below, learn more about the considerations that factor into the decision to install power lines overhead or underground. 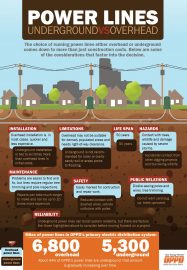