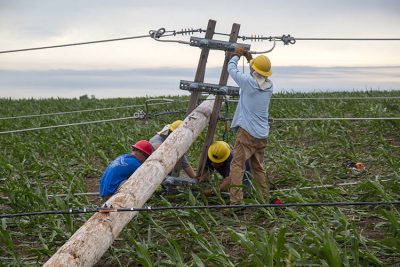 OPPD belongs to the Public Power Mutual Aid Network. In the past, OPPD has sent crews to locations as far as New York City, Louisiana and Mississippi to help restore power to strangers. Shortly after the June 16, 2017, storm, OPPD requested mutual aid.

That storm was the fourth-most damaging storm in the utility’s history in terms of outages. At its peak, 76,500 customers were without power. Shortly after the storm hit, OPPD activated its storm team and declared a Level 2 storm. The damage was widespread over the utility’s 5,000-square-mile service area, causing 57 distribution circuit lockouts and 12 transmission circuit lockouts.

Crews from Nebraska, Iowa and from as far away as Alabama responded to help OPPD restore power after two tornadoes from the storm caused millions of dollars in damage. 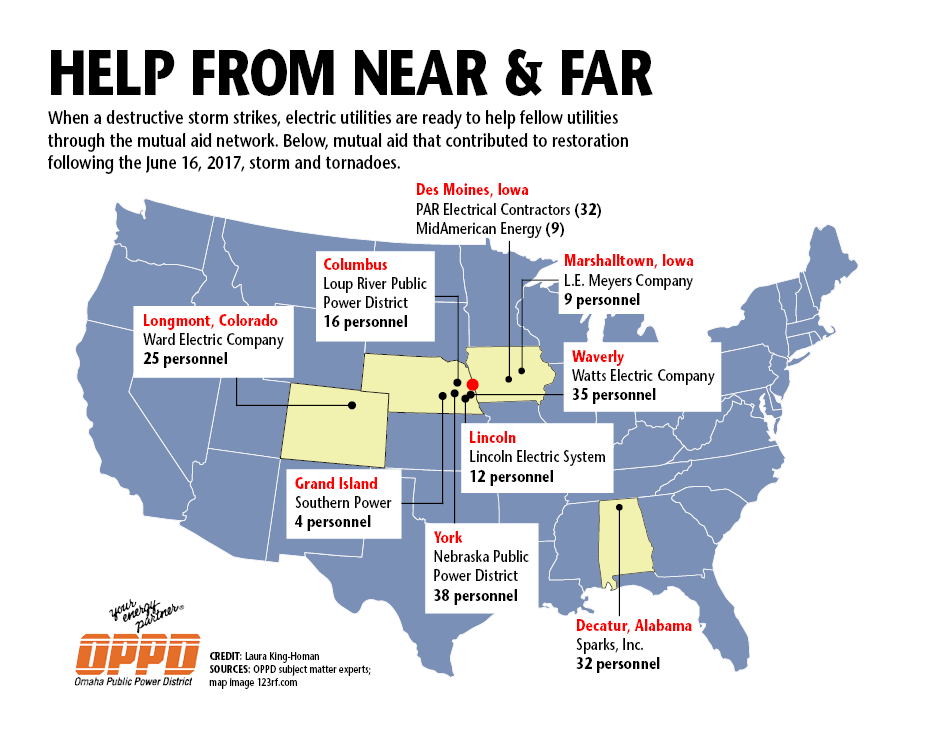 The prolific American inventor was also the grandfather of the electric utility system.