How capacity, usage affect role of natural gas in generation 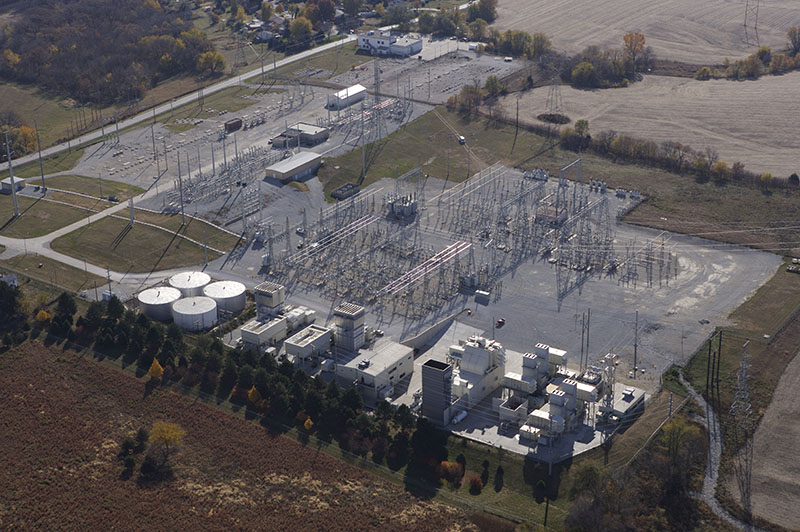 OPPD strives to have a diverse and environmentally sensitive generation mix to serve its customers’ needs. For OPPD, that mix has includes wind, coal, landfill gas, hydro, and oil. But what is the role of natural gas?

When OPPD’s Board of Directors voted in June to cease operations at Fort Calhoun Station (FCS), resource planning analysis suggested some of the lost capacity can be made up by using more natural gas. Part of the short-term plan will be to convert three units at North Omaha Station to natural gas-fueled generation. These units are expected to only run during periods of high demand in the summer.

But what exactly does all of this mean? Let’s break it down.

As part of its planning process, OPPD must have access to enough capacity to meet customer demand during the hottest and highest usage days of the year, plus an additional 12 percent in reserve as required by the Southwest Power Pool (SPP), the regional transmission organization of which OPPD is a member. Capacity is the maximum electric output that a generator is capable of reliably producing in a given hour when needed. OPPD’s capacity includes its own fleet of generators, along with purchase agreements for additional capacity from other generators.

Energy is the actual generated megawatt-hours (MWh) utilized to meet customer needs. A portion of the units within OPPD’s generation fleet are classified as peaking generation. Their main role is to operate only during times when OPPD’s customer usage is the highest. For example, your car may have the capacity to go as fast as 120 miles-per-hour, but in reality, you may only drive it at an average of 60 miles-per-hour, this is the usage of the car’s capacity.

When FCS retires, the utility will replace only 44 percent of the energy produced by the plant by utilizing additional wind or other resources. OPPD’s annual electrical generation will be approximately 11,600 GWh. This is more in line with OPPD’s customer requirements.

Natural gas operates most of OPPD’s peaking plants, which make up 22 percent of the total capacity of OPPD’s generation fleet. However, as explained above, only a small amount (approximately 1 to 3 percent annually) of all energy used by customers comes from natural gas-fueled generators.

These units have very low fixed costs and can go online quickly to meet load demand. They tend to have higher production costs and therefore are not economical to operate as a constant source of generation. OPPD will consider North Omaha Station Units 1, 2 and 3 as a peaking resource. However, since these units are steam turbines, they require more advance notice to start than the other peaking units.

Like all commodities, natural gas prices rise and fall with changes in supply and demand. Natural gas prices are currently at historic lows. An increase in supply due to technological advances such as hydraulic fracturing drive this trend.

While some utilities use natural gas for baseload generation, OPPD will use the fuel primarily for peaking units. Therefore, if prices rise, it will have a nominal effect on OPPD’s cost. It makes up approximately 1 to 3 percent of the utility’s usage.