Navigating the path ahead for solar projects

To fulfill its Power with Purpose commitments and the pursuit of net-zero carbon by 2050, OPPD plans to add more solar power to its mix of energy sources.  However, those plans have been met with a number of challenges. Courtney Kennedy, who manages the Alternative Energy program, shares an update and her thoughts on the path ahead.

OPPD committed to developing up to 600 megawatts of utility-scale solar generation as part of Power with Purpose. Any updates on where OPPD stands in that commitment?

Work is moving forward on the 81-megawatt array in Saunders County, also known as the Platteview solar project. Construction is expected to begin at the site in the first quarter of 2023. The AES Corporation acquired Community Energy Solar LLC in 2021 and is now the long-term owner and operator of Platteview Solar. AES plans to have the location ready for operation in spring 2024. OPPD is excited to partner with AES to bring its first utility-scale project online as part of the Power with Purpose project.

Beyond Platteview, OPPD continues to pursue up to 600 MW of solar needed to serve its customers with both accredited capacity and on-peak energy for its growing load. Across the nation, a backlog for interconnection of generation to the transmission system, supply chain issues, federal regulations, and a U.S. Department of Commerce investigation have caused delays to solar projects. OPPD staff continue to study sites and develop risk mitigation strategies for the deployment of additional solar projects.

What is AES’ role in the project?

AES will own and operate the Platteview solar facility, with an agreement to sell the power to OPPD through a Purchase Power Agreement (PPA). At the end of the contract, the decommissioning plan for the facility ensures the land will be returned to its original condition.

What are some of the key challenges OPPD has faced in launching solar projects?

OPPD, like others in our industry, has been impacted by delays in the Southwest Power Pool interconnection process, siting projects, global supply chain challenges and a federal focus on solar equipment imports. Part of the disruptions to the supply chain stems from the Department of Commerce’s investigation into solar exports from Southeast Asia, which has resulted in the delay and cancelation of solar projects across the United States. The investigation was launched after a complaint from a U.S. solar panel manufacturer that alleged Chinese manufacturers were evading U.S. tariffs by routing their operations through other Southeast Asia countries (Cambodia, Thailand, Malaysia and Vietnam). The challenge effectively halted a large portion of imports of solar panels and cells to the United States, causing uncertainty and schedule delays for many projects.

When will the federal investigation be resolved?

The investigation is ongoing, with a decision from the Department of Commerce expected at the end of August. In June, President Joe Biden took executive action to allow solar components to be imported from the four Southeast Asian companies tariff-free for the next two years. The intent was to provide more certainty around the cost of imports and to restart solar projects that had been put on pause. We are continuing to mitigate any impacts on our current project and watch this proceeding for how this may influence timing of future projects.

Where else does OPPD plan to site solar projects?

OPPD is working with local officials in our service territory to develop regulations that support renewable energy in a way that meets the needs of local stakeholders. Utility-scale solar is relatively new to Nebraska, so it’s understandable that these projects generate a lot of questions, spanning from how the technology works and looks to what happens after its end of life. In addition, to approve a privately developed project, local officials must pave new regulatory ground.

Our number one priority is to be a good partner with the communities we serve, and that includes helping local officials navigate the regulatory framework that must be put in place in order to permit a solar site. Ultimately, we believe a utility-scale solar project can be a great addition to a local community, whether urban or rural. Take the Platteview solar project as an example: The project will prioritize agricultural land preservation, including planting pollinator-friendly and native species, to ensure that the land is enhanced throughout the project’s life. Once the project reaches end of life, the site will be returned to its original condition.

Will OPPD face delays in getting approval to connect its newest solar project to the electrical grid, similar to the delays being seen with the two natural gas facilities being built?

As a new generating facility, the Platteview solar project must follow the same approval process as our new natural gas facilities in order to connect to the transmission grid, so is affected by the national backlog for interconnection studies. However, the Southwest Power Pool (which conducts the studies for its member utilities, including OPPD) has given Platteview interim approval to proceed with full rights to provide electricity to the grid and no requirements for building additional transmission lines. This interim agreement must be reviewed annually until the final study is complete. OPPD and AES will continue to work together on the grid interconnection study process to mitigate any challenges with either interim or final interconnection service.

Will OPPD need to change course on solar if some of these challenges can’t be overcome?

OPPD is committed to the pursuit of up to 600 MW of solar. These resources are needed to serve customers with both accredited capacity and on-peak energy for our growing load. These utility-scale solar facilities are a great match for our summer energy needs, producing peak output when customers use the most energy in the summer months. We believe solar plays an important role in our transformation, and we will continue to work with our communities to bring these facilities online. 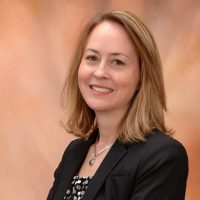 Angie Kaipust joined OPPD as an employee communications business partner in November. She has more than 25 years of communication experience, including serving as a staff reporter at the Omaha World-Herald and as communications advisor for a national bank. A graduate of the University of Nebraska-Lincoln, Angie enjoys spending time with her husband, two kids and miniature dachshund.

View all posts by Angie Kaipust >