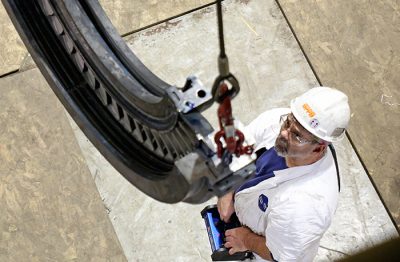 In an unassuming conference room outside of Nebraska City, the walls were lined with oversized printouts of complex project schedules and a litany of detailed tasks.

Every day, station leaders and project managers reported actions, coordinated projects and tracked progress on work that led to a successful maintenance outage at Nebraska City Station in 2017. Applying shared ideas and innovations helped the district bring the plant’s Unit 2 back online ahead of schedule and under budget.

“It was really the great collaboration and teamwork that made this happen,” said Jon Hansen, vice president of Energy Production & Marketing.

Unit 2 synchronized to the grid at 10:51 a.m. Saturday, May 13, 2017, capped an ambitious maintenance outage. Workers installed a new turbine rotor, extensive high-energy piping and other projects. 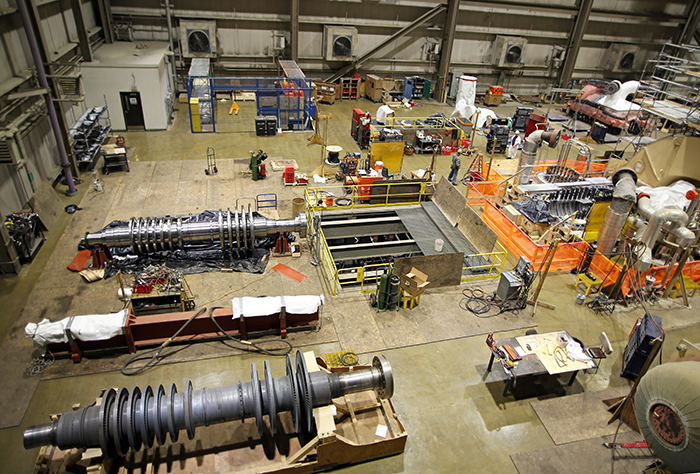 Andrew Altman, senior production operations engineer, oversaw the installation of a new rotor in the unit’s turbine. After a long journey from Japan, OPPD Central Maintenance machinists hoisted the 28-ton custom-manufactured rotor, and precisely placed it into the turbine casing.

The video shown above features the rotor’s preparation and installation, along with other project work around the plant.

For this outage, Steve Johnson, senior engineer in Production Operations, led the project to proactively replace four segments of main steam and hot reheat (high-energy) piping. Two sizes of pipe made of a specialized alloy engineered to withstand those extremes of temperature and pressure.

After workers replaced the sections, they began the process of welding and inspecting the pipes using X-rays and ultrasonic instruments to ensure the new piping functions as desired. 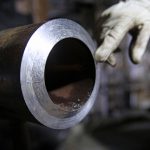 Maintaining optimum steam temperatures in a power generation plant like Nebraska City Station is a science of equipment, as much as it is a skilled art of the operators who make adjustments to hit the thermal sweet spot.

This outage included the replacement of the steam generator’s tertiary desuperheaters. This equipment controls steam temperature as it leaves the boiler by spraying water into the steam lines. The desuperheater piping is three inches thick and 20 inches in diameter. It is made of an alloy better suited to the elevated temperatures and pressures involved.

Every two years, the current interval for Nebraska City Station’s maintenance outages, workers must replace selective catalytic reduction (SCR) modules. There are two SCRs, each with three catalyst layers composed of a total of 180 modules. The catalyst, when mixed with ammonia and dioxygen, converts the nitrous oxides (NOx) from the unit’s flue gas into nitrogen and water.

Johnson also took on the project to upgrade the ductwork that routes flue gas into the SCR modules. Using modeling, engineers identified an opportunity to improve throughput, reducing pressure drop and lower the unit’s power consumption. Workers did extensive metalwork to enable the redirection without impeding flow.

Another key efficiency improvement project this outage involved 576 air preheater baskets. The baskets hold 42-inch steel plates. The plates transfer heat between flue gas and combustion air, reclaiming a portion of that energy. Over time, the plates deteriorate during operation, requiring their replacement.

Senior engineer Kevin Keller managed the task of hoisting the baskets. Each weigh between 900 and 2,100 pounds each, into the almost 20-story facility. There, crews installed them in the confined quarters of both 50-foot diameter, 10-foot tall rotors.