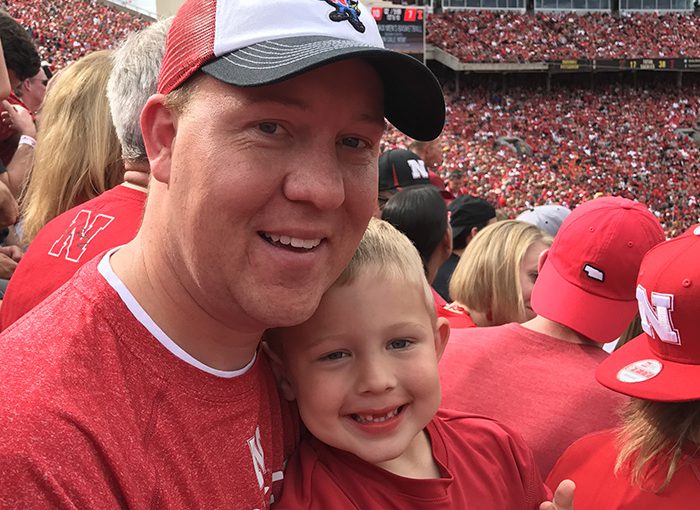 He was in college at the University of Nebraska-Lincoln and landed an internship with the Nebraska Department of Economic Development (NDED). There, he put his IT knowledge to work helping the department convert to a new accounting system.

From day one, O’Brien was hooked. His title may have been intern, but he was immediately treated like a regular full-time employee, with the responsibilities and expectations not always common for college interns.

And then there was the relentless pace. O’Brien knew he’d found his calling and put aside his IT aspirations. He said it was the perfect place to learn about networking and how business works in the real word.

“It was like cramming in five years of business knowledge into one year,” he said. “It was exceptional.”

He even urged a few friends who were business majors to apply for internships there. They all ended up working in the field of economic development too.

After graduating from UNL, he took a full time job with NDED and went on to earn his master’s in management from Doane.

“I fell into economic development by complete accident,” he said. “Admittedly, I had no idea what it was until I started working as an intern. I love what I do and the impacts I can make.”

O’Brien said he worked with OPPD frequently while he was at the NDED and admired the professionalism and uniqueness of the utility.

“I saw a lot of potential changes in the industry over the coming years and wanted to be part of that change and make an impact in our service area and Nebraska.

O’Brien thinks big, which is evident in some of the projects he’s been involved in. The Ord, Neb. native is proud of the work he and his team did with helping bring Traveler’s data center to the area and the Arbor Line project with Midwest Farmer’s Cooperative.

O’Brien still maintains the pace he learned on that first day with NDED.

A recent day found O’Brien up at 4 a.m. (an hour earlier than normal). He worked his iPhone answering emails and laying out his day at work. There were meetings with senior management about customer definitions and classifications; a lunch meeting with a vice president from the Omaha Chamber of Commerce to discuss future project sites; and later, a meeting with OPPD’s Energy Marketing department to review renewable energy strategies for a new company.

His job includes working on numerous projects at a time, some with cloak-and-dagger-sounding code names. That means working with local communities to help develop sites, try and find matches for businesses, trips to different states to meet with and help recruit businesses for the area.

He said his work is about making impacts.

“It’s very much about my kids,” O’Brien, the father of 5- and 2-year-old boys. “I think about what we are doing to set them up. They’ll probably be working jobs that haven’t even been invented yet, so that’s rewarding and exciting.”

He admits he’s never off, but he wouldn’t have it any other way. He drives his wife crazy because he’s known to stop and pull over when he notices spots that might require new substations for the businesses of tomorrow.

That’s because O’Brien always has an eye to the future wondering what could be and how to make it become so.