Benedict works underground to keep the lights on overhead 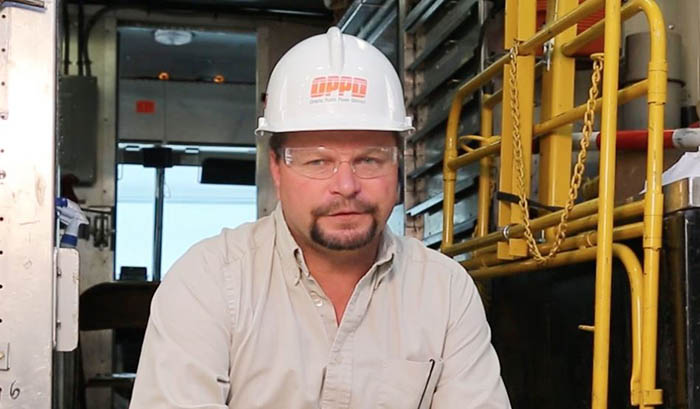 Jerry Benedict has spent a career keeping the lights on. And he’s done that from below the surface.

Benedict, field supervisor – Transmission & Distribution, started at OPPD in 1989 as an underground laborer, a role he held for two years before transferring to the cable splicing group.

For the last five years, Benedict has worked as a supervisor. In his role he gets to work with all the different crafts and meet the customers they serve. The cable splicer group works with a lot of OPPD’s large commercial and industrial customers.

Underground work can be some of the most dangerous work done by an electric utility.

“We do everything we can to keep our crews safe and get the job done as cost-effectively as we can,” Benedict said.

At first, working underground can be scary, he said. But that passes.

“You have to guard against getting too comfortable,” Benedict said. “If there is an accident, there’s nowhere to run. Down there, you’re working very closely together around a lot of energized equipment.”

The downtown Omaha network is incredibly reliable, and that’s in large part due to it being a redundant network, meaning there are multiple backups to keep the power flowing. That’s great for preventing outages, but it means that any underground system work is often done without customers taking an outage.

There was an outage that hit that the downtown system after a fire and explosion in a network utility vault at 17th and Howard streets.

In January 2013, a series of manhole fires caused some downtown outages. The cable splicers responded and put in long hours to get the power back on relatively quickly.

“I was really proud with how they responded at that time,” he said.

Most days start with a “morning tailgate” with all the splicer crews, where the day’s assignments are given to the crew leaders. Benedict also talks with engineers, account executives and electrical service designers to line up outages for the work ahead. 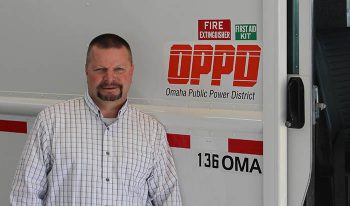 Benedict’s most interesting project took him to the east coast as part of a mutual aid response. He went with a group of seven splicers to New York City after Hurricane Sandy struck and left about 10 million customers in 21 states without power. He said Con Edison had more than 6,000 cable splicers who worked in the city. The splicers there all specialized, so Consolidated Edison was thrilled to find out the OPPD workers could pull cable, make joints and protectors, do all the work that was required. The OPPD crew worked for 13 straight days on 13-hour shifts.

Benedict said the first night they stayed in a swanky hotel on Times Square but got bumped to stay in cots set up on a boat since the hotels were all booked with runners for the New York Marathon.

For Benedict and the others, it was a side of New York not often seen.

“I remember we were in the lower level parking garage of the New York Stock Exchange, and it had flooded,” he said. “All these Lexuses and Mercedes were floating and bumping into each other. It was something to see.”

Benedict loves cars, particularly Corvettes, an appreciation he inherited from his father, who owned several older ‘vettes. He belongs to Corvette club, but really, loves all kinds of vehicles. He is currently restoring a 1928 Dodge street rod.

He also likes camping and fishing. He and his wife often stay in the camper up in South Dakota when they can get away.