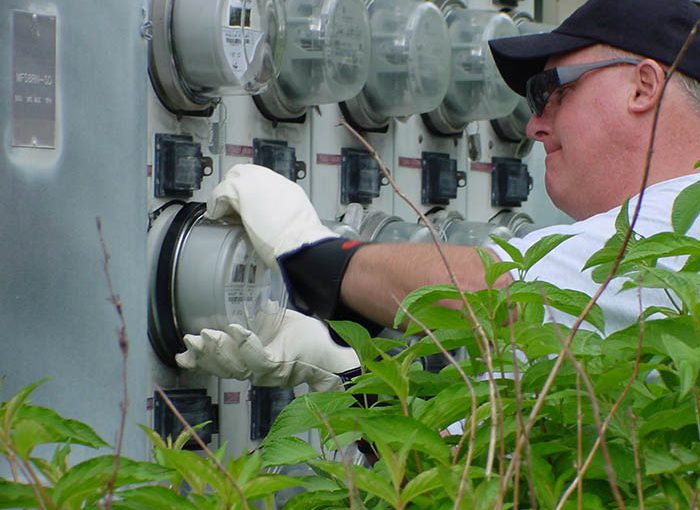 The strategic directive was clear. The board of directors directed management to evaluate all of OPPD’s generation going forward with an eye to achieving general rates 20 percent below the regional average.

The final analysis was also clear. That goal would be difficult to achieve as long as Fort Calhoun Station continued to operate.

However, the analysis projected another thing; by closing the plant, the district would not only be able to drive rates 20 percent below the regional average, it would also be able to avoid a general rate increase for customers through 2021.

The promise of no general rate increases for five years is as bold as it is unusual for the utility.

“I can’t speak to it being unprecedented because I have only been here for seven years. However, in my seven year experience, I think we have only gone one year without a rate increase,” said Edward Easterlin, OPPD Vice President of Financial Services.

Easterlin said senior management and the board of directors are committed to achieving their directives even as the industry continues to change.

Easterlin did sound a note of caution. He noted there are often things that happen beyond the utility’s control. These could have an impact over the next five years. Another economic recession, an unforeseen natural disaster or some emerging technology that’s disruptive to the industry are a few examples.

Despite such potential issues he remains confident.

“While there are no guarantees in life, based on what has been analyzed and what is currently known, we think there is more than a reasonable chance that we can go five years without a rate increase.”

rates on the hot seat

Rates are often a hot-button issue for customers. One example is OPPD’s recent rate restructuring. The proposal drew intense public discussion before it was passed in December 2015. However, the prospect of no general rate increases through 2021, has drawn little if any attention.

Easterlin said the message surrounding the rate freeze is clear.

“It should say to customers that management and the board of directors of this utility are focused on providing value to customers. ”

Easterlin believes rates become very personal as the district goes through its annual budget and rate review process. People want to know what you are going to ask them to pay compared to what they currently pay. This situation is different.

“In this situation, OPPD has communicated that changing Fort Calhoun Station operations will allow for more stable electric rates in the future which takes the general rate increase concern issue off the table. This shifts the focus to system reliability and how that impacts the company’s ability to serve customers and how the change impacts employees and the community.”

The line item increase would raise customers' overall bills an average of 2.9% to help cover the rising costs of fuel and power purchased on the energy market.