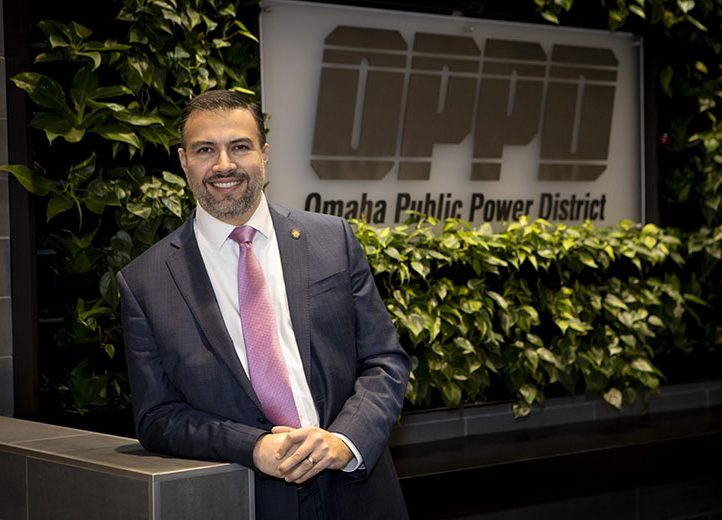 What led Javier Fernandez to move to the Midwest and become the chief financial officer at OPPD, a utility about one quarter the size of Portland’s Bonneville Power?

Javier accepted the role as a vice president at OPPD in 2017 after he and his wife, Belinda, decided to make their first family move. They had a list of things they wanted for their young family. With four children – the oldest 9 and the youngest 7 months – church, access to good schools and a good neighborhood topped the list.

When a recruiting firm reached out to Javier about the opening at OPPD, Javier went home and told Belinda they might want to consider the Midwest. Javier was CFO at the Bonneville Power Administration.

“We had three children at the time, and they were nearing school age, and we lived close to downtown Portland then,” he said. “We were looking to make a move and had drawn a list of what we were looking for. So I came home and asked Belinda, ‘What do you think of expanding our search by a thousand miles?’”

Javier found Omaha had many of the things on their list. So the couple made their first trip to the Midwest. Javier had lived in Mexico City, Seattle, Portland and New Haven, Connecticut – he earned his master’s degree from Yale. Belinda is originally from South Africa. They agreed to look into the opening.

He remembers his interview with OPPD CEO Tim Burke. He asked Burke why he should join OPPD?

“He said, ‘We are a family here at OPPD.’ And I thought, ‘Yeah, everyone says that.’ But after being here a few months, I’ve found that to be genuinely true. You see it in the way everyone here cares for each other, the food drives people do, the organizing events for charities. He was right.”

Javier and his family chose Lincoln as their home, where they found a school and church they immediately liked. He points out that despite living in Lincoln, his commute takes less time than his commute in Portland. 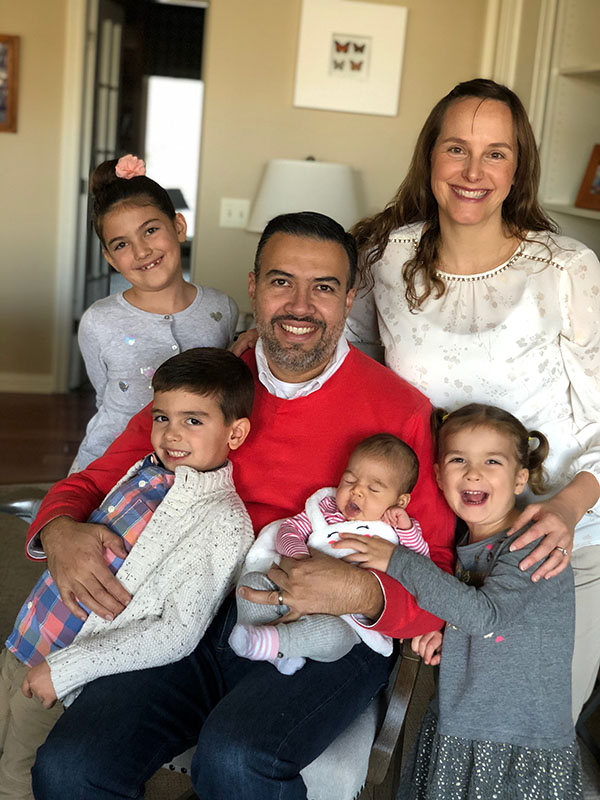 “Coming here was a bit of culture shock,” he said. “But we have found the people here are good and we enjoy it. We are still getting used to the weather, but our friends and co-workers more than offset that. We’ve found the slogan ‘Nebraska Nice’ to be true. We are living it.”

Javier was recently asked to serve on the Federal Reserve Bank of Kansas City Board of Directors for the bank’s Omaha branch. He is one of three directors selected to serve who work outside of the banking industry.

Javier said the appointment grew out of his involvement over the past year with the Federal Reserve, during which he attended a series of meetings to give input on the economy.

Those directors, including Javier, are eligible to serve as board chairs. Terms last three years.

“My first meeting with them was in December 2018, and I was invited to take part in several different panels on the industry, including a panel focused on economic issues in the Latino community,” he said. “It was a good year of engagement, and I provided input on what we are seeing happening in the economy from the view of our utility.”

Javier said the appointment is “humbling,” and he feels good to have a chance to serve in the voluntary role. He said the role will allow him to offer views from OPPD’s perspective.

“I’m an economist by training, so this is in my wheelhouse,” he said. “That was one of my passions growing up. I’m excited about that, going back to my roots and training.”

The Federal Reserve is best known for setting the bank’s discount rate, or interest rate. Javier said he is now one of hundreds of board members and staff who provide economic feedback that informs decisions on monetary policy.

Information from the various directors helps determine things like gauging the economy’s health, monitoring unemployment trends, capital investment and determining what can be done from a monetary standpoint to improve the economy or avoid economic deterioration.

Javier said he believes the economy is in for some hard months due to the COVID-19 pandemic, but measures recently taken will save lives.

“I always looked up to him and his colleagues,” Javier said. “I grew up in a reserve bank household and that’s why I chose economics. I worked in economic research and analysis in a bank. I knew I needed to refine my skills in finance and strategy to round myself out.”

That need and his interest in the work of Sharon Oster, an economist who focused on business strategy and non-profit organization management, led him to Yale to study under her.

He worked in the banking industry for a few years after graduate school when he and Belinda had their first child, Lucia. He decided he wanted to travel less to be home more to help raise his daughter. That’s when Javier went to work for Bonneville and began learning the utility industry. Four years later, he became CFO of the federal utility.

Javier has been a steady hand for OPPD both in times of financial guidance and times of crisis. He helped lead the utility’s response to last year’s historic flooding when the Business Continuity Plan was activated.

He’s doing so again during the coronavirus crisis.

“Of course we have challenges and tough times, like now in the pandemic, but it is times like now, with the challenges you see, that our values shine through.”

Javier said times like these can also bring out the best in our country. He said he made the decision to emigrate to the United States 20 years ago because he fell in love with the country’s values, culture and ideals.

“This is still the same country I fell in love with,” he said. “One where we fight for our freedoms, and equality, and the pursuit of happiness. It’s times like now that make me reflect on those values and confirm this is the country I want to continue serving and what better place to do it than serving along with the OPPD team.”