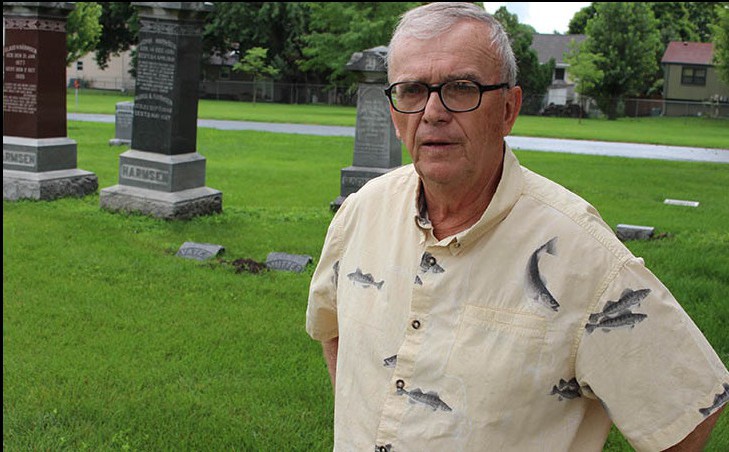 After retiring from OPPD, Dean Podoll knew exactly what he’d do with his free time.

Growing up in tiny Hecla, South Dakota, a trip to the nearby Whitestone Hill battlefield made a big impression on the then-15-year old Podoll. On a clearing atop a hill sits a monument surrounded by grave markers.

It’s the site of a Civil War battle. In North Dakota.

Podoll was fascinated to learn a Civil War battle occurred so far north. He later learned it was the site of a Union Army campaign against the Sioux and other Native American tribes. The tribes had been driven from their homes in Minnesota and were retaliating against settlers along the way.

For young Podoll, the hook was set and he began what would be a life-long fascination with American history, especially the Civil War.

Upon retirement from OPPD in 2004 as a senior instructional technologist at Fort Calhoun Station (FCS), Podoll began his serious pursuit of Civil War-era history.

Podoll remains fond of FCS. He said he learned valuable data-gathering and collection methods there that he now uses as a historian.

Besides chasing history, Podoll has also worked as a volunteer math teacher at Chandler View Elementary in Bellevue. The work he’s done as a historian culminated last fall when he, along with several others, presented a 10-day Civil War program at the La Vista Public Library. The presentation was in collaboration with the Library of America and the Gilder Lehrman Institute of American History.

Podoll’s focus has been on Nebraskans who fought in the Civil War. Many veterans of the war relocated to Nebraska thanks to the Homestead Act. They became farmers, businessmen and pillars of their communities.

Next to World War II, Podoll considers the Civil War the most significant conflict in our nation’s history.

“Had the Civil War ended differently, we would be two separate countries today,” he says. “That, and the loss of life, it’s just staggering. If you equate it to today’s population, it would add up to 6 million people.”

The last Nebraska Civil War veteran died in 1948. Those vets have been gone for so long, Podoll says, that they are overlooked today. Little of the war’s history is taught in schools anymore.

“It’s sad to think that we will lose that knowledge. It’s so important to our history,” he says.

Mostly, he wants to keep that history alive and pass it along to future generations. 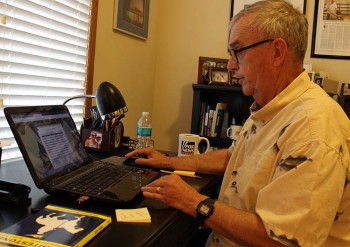 In that effort, Podoll has researched and written about 1,500 short biographies of veterans buried in Nebraska. The biographies are being posted and updated in a collaboration with the Omaha World-Herald.

“I’m proud of the work we’ve done with the Cass County Historical Society and the bios on the site,” he says. “In 20, 50 years from now, future generations can look back at these and see the history we’ve done on these guys.”

Podoll continues to be fascinated by the stories he finds.

Podoll relayed the story while standing next to Miller’s grave in Papillion’s Cedar Dale Cemetery. Miller, he says, served with the 113th Illinois Infantry, and was one of the survivors in the failed frontal assault to advance on Vicksburg.

He said local cemeteries are full of stories like Miller’s. He points to a cast iron “Grand Army of the Republic” grave marker. The markers adorn the graves of Union soldiers who were part of a fraternal organization of Civil War vets that counted five U.S. presidents as members.

Podoll said he’s been most struck by the sheer hardship the men endured.

“The casualty rate for most of these regiments is just jaw-dropping,” he says. “Some were as high as 20 to 40 percent. It’s hard to comprehend the loss of life. Antietam was the single bloodiest day in American history – 23,000 casualties that day.”

Podoll goes about his research by visiting cemeteries and going online – websites like the ghoulish-sounding findagrave.com – to find information.

He estimates he’s been to more than 250 cemeteries in the name of research. And that’s just in Nebraska.

Of course, he’s also been to the iconic Arlington National Cemetery and Gettysburg. He still has a of couple sites – Shiloh and Vicksburg – to check off his “bucket-list,” but his wife, Janice, needs more convincing.

“I enjoy doing this, but it’s time for someone else to take over and carry this on,” he says.

But until that time, Podoll will continue with his research. He has plans to visit more local cemeteries. As long as he can drive there for a day trip, he will. He has received a lot of requests from people who want to know more about the service their ancestor has made to the country.

“You realize if someone doesn’t do the research, no one will remember these guys,” he says.

For these triplets, OPPD is a family tradition

Brothers Dan, Eric and Matt Tesarek all work as electrical engineers at OPPD, following in the footsteps of their father, who spent 34 years with the utility.