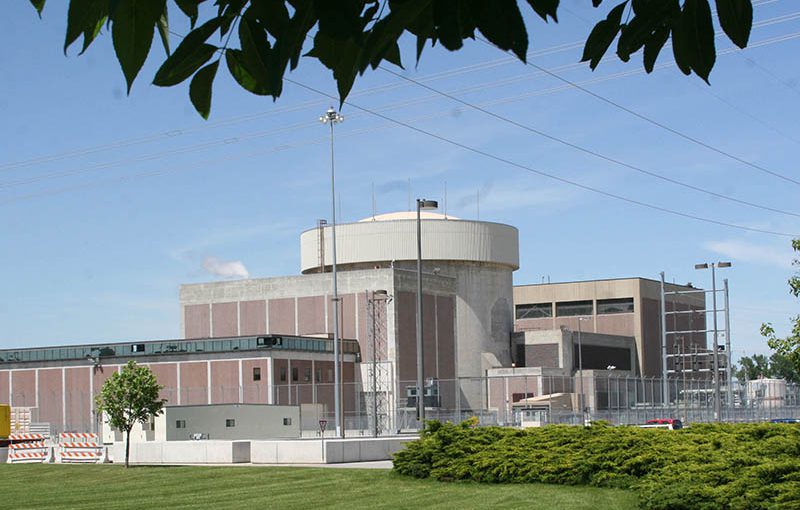 Continued operation of Fort Calhoun Station (FCS) is not in the long-term financial best interests of OPPD or its customer-owners.

That’s what President and CEO Tim Burke told the board of directors at today’s monthly meeting, making a recommendation from senior management that the utility would cease the generation of electricity at FCS by the end of 2016 and begin decommissioning.

Chairman Mick Mines asked for potential scenarios regarding the future resource portfolio at the April 14 board meeting and directed senior management to provide a recommendation at the May board meeting.

The request was prompted, in part, by dynamic and rapid changes that are taking place in the industry. The request also builds on the success of the 2014 resource generation plan that led to a bold reform of OPPD’s generation portfolio. OPPD’s mission is to provide affordable, reliable and environmentally sensitive energy services to our customers.

“The economic analysis clearly shows that continued operation of Fort Calhoun Nuclear Station is not financially sustainable,” Burke told the board. “The analysis considered market conditions, economies of scale and the proposed Clean Power Plan.”

Larger and multi-unit nuclear plants can spread many costs across more megawatts produced. At 478.1 megawatts, FCS is the smallest rated unit in North America, based on accredited capability.

Noting a trend in the industry, Burke said that slow revenue growth, market conditions and increasing regulatory and operational costs have led to the recent early retirement of several other U.S. nuclear generating stations. Since 2013, seven other nuclear units have been slated for decommissioning.

Burke did not ignore the fact that FCS has been an integral part of OPPD’s rich history, providing nearly a third of the utility’s generation since it went online in 1973. The plant came online a month before the Energy Crisis of 1973 began. This ensured OPPD had ample supply at a time when energy supply was one of the nation’s top concerns. Nuclear energy proved its value to the district through the years that followed.

“While the recommendation to cease operations at Fort Calhoun Nuclear Station was a difficult one, it was a determination that had to be made in order to fulfill the district’s mission and our responsibility to our customer-owners,” Burke added. “This recommendation is not reflective of employee or Exelon performance.”

If approved, senior management acknowledges the decision would have far-reaching impact for OPPD employees, their families, long-term contractors and communities surrounding the plant.

“OPPD would make every effort to absorb as many employees as possible into other areas of the district, based on qualifications and open positions,” Burke said. “Retraining would be made available in cases where there would be strong potential for success.

“OPPD’s committed to treating employees fairly and with honesty and transparency as we would work through this very difficult process,” Burke said. 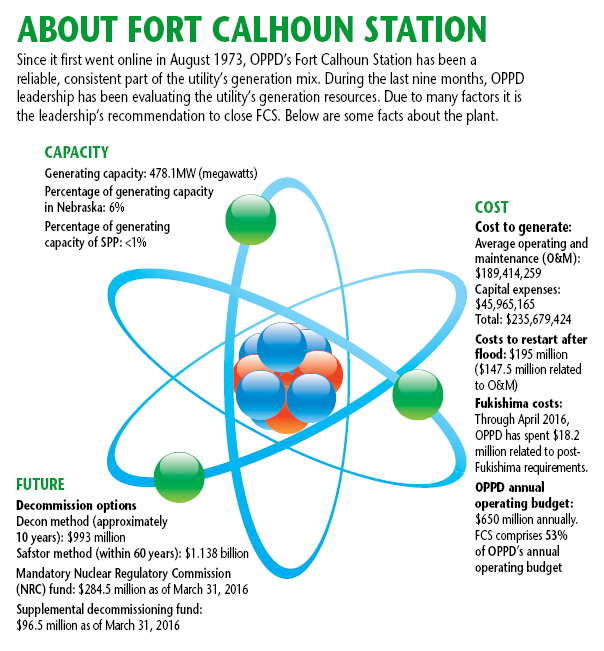 “We have determined that reliability would remain strong without Fort Calhoun Nuclear Station generation,” Burke said. “OPPD would continue to have enough power to meet the needs of customers.”

Burke told the board that the safe and efficient oversight of FCS remains OPPD’s highest priority, as the safety of our employees and the public is paramount.

“Decommissioning takes years, and staffing reductions would take place in a thoughtful and phased manner,” he said. “We are assessing positions that would need to be retained to ensure public safety and site security if we move forward in this process.”

OPPD will continue to look at resource options, including the possibility of constructing or purchasing additional generation of many types (natural gas, wind, solar) as necessary.

The board anticipates that it will vote on the recommendation at the June 16 meeting.