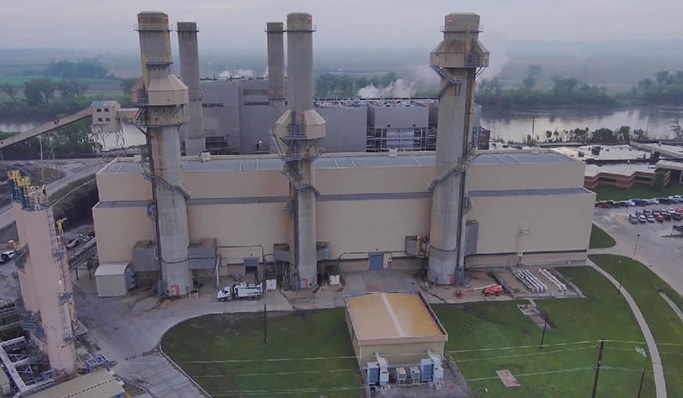 Due to national delays in the generation interconnection process and associated impact to inservice dates for OPPD’s two natural gas generating plants as part of the Power with Purpose program, OPPD management is recommending that the retirement of Units 1, 2 and 3 at North Omaha Station (NOS) and refueling of Units 4 and 5 from coal to natural gas be delayed. The goal is to ensure power remains reliable and resilient for our growing communities until the utility’s new power stations are ready and approved for use at full capacity.

A number of unforeseen issues are keeping OPPD from meeting its original target for Standing Bear Lake (SBLS) and Turtle Creek (TCS) stations to go live. High demand for generation interconnection studies, which are required when a utility brings on a new power source – are creating an interconnection backlog in our region. In addition, OPPD has experienced construction delays due to siting and grading issues, as well as supply chain issues. Combined, these issues are leading to the recommendation to keep the units at NOS operating in their current state longer than originally planned.

As the region continues to grow, so does the need for energy, and OPPD must support this growth by ensuring that reliable and resilient power will continue to be available to all of its customers.

A number of factors are driving this recommendation:

SPP’s generator interconnection process is regulated by the Federal Energy Regulatory Commission (FERC). The SPP study is performed in order to determine the potential need for additional transmission related to generation additions.

Bringing new energy generation online is always a complex endeavor with a long lead time even under normation conditions, but a nationwide backlog in new and conversion generation requests means utilities and industry developers everywhere are facing similar delays in their projects.

There is a 1,000-gigawatt (GW) backlog nationally and more than 100-GW backlog in the SPP.

Indiana-based NiSource, for example, is delaying retirement of their own coal units due to solar project delays. NextEra Energy is reportedly delaying 2.1 to 2.8 GW of solar and storage projects that were expected this year.

In addition, utilities nationwide are keeping a close eye on reliability, and many outside OPPD’s service territory are facing challenges.

California’s energy grid managers have warned of potential power shortages this summer in the state because of extreme heat, drought and wildfires, along with regulatory issues for the solar industry. The strain on the electric system in that state could mean power interruptions.

The Midcontinent Independent System Operator (MISO) is also warning of the potential for energy shortfalls this summer, citing an expected hotter-than-normal summer, an active hurricane season and drought conditions. The warning concerns capacity shortfalls in both the north and central regions of MISO, which increases the potential risk of temporary, controlled outages to preserve the integrity of the bulk electric system.

In mid-May, SPP released information that its studies show they expect there to be sufficient energy resources to meet its energy demand this summer. SPP is anticipating demand for electricity will peak at 51.1 gigawatts (GW) and is anticipating member utilities’ resources will be prepared to serve at least 55.5 GW. SPP’s all-time peak demand for electricity was 51 GW, which occurred July 28, 2021.

And just like every business and industry across the country and world, OPPD is facing unforeseen challenges related to supply chain issues, labor shortages and siting issues.

Issues impacting all businesses and utilities arose from the COVID-19 pandemic, which exposed the vulnerabilities in the production strategies and supply chains around the world. This major disruption in the global supply chain has led to dramatic increases in the cost of goods while reducing their ready availability.

OPPD, like so many other utilities, is working on solutions to mitigate the various global supply issues.

By extending the life of NOS, OPPD is better positioned for the intermediate future as the utility brings modern assets onto the grid to serve growing load. OPPD will have to apply for new operating permits and other regulatory approvals. SPP requires that OPPD and other utilities must able to prove that it has generation in excess of 12% above the capacity it takes to meet all of its customer demand during its highest load periods – typically the hottest days of the year.

Failure to meet such criteria results in reduced reliability as well as costly, daily fines levied against the utility.

OPPD continues to look at scenarios in order to move forward in a timely manner on its Power with Purpose solar and natural gas projects while also remaining committed to customer reliability, system resiliency, and environmental stewardship.