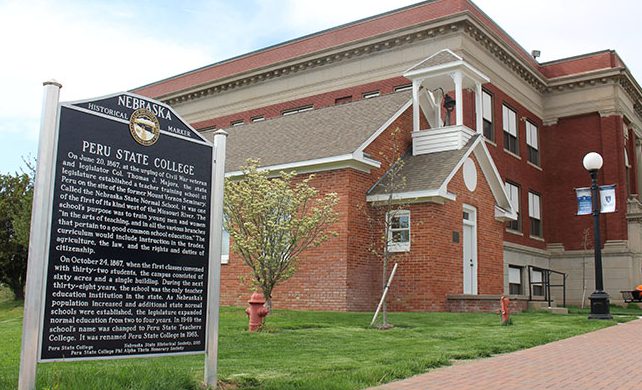 A walk around Nebraska’s oldest college campus – Peru State College – on a sunny spring afternoon is as vibrant as one would imagine.

Students throwing a baseball around on the plush green lawn. A girl with a book cracked open, sitting in the grass with her shoes off. A group walking together to class, or if they’re lucky, back from class, free to enjoy what’s left of a beautiful day. 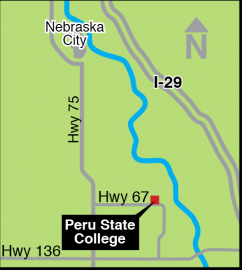 Peru State College (PSC), which year is celebrating its Sesquicentennial 150th year in 2017, sits on 104 scenic acres. It has enjoyed what those around the school have called a renaissance both in terms of enrollment and facility upgrades. Over the past decade, the state of Nebraska has committed more than $70 million to renovation projects. The college has more than 2,500 students and for the past four years has had their largest incoming freshmen classes since the 1980s.

The college also updated its electrical system over the last three years. Kathy Carroll, vice president of Administration and Finance, said the upgrades were needed after the college had four power outages in one year. Sometimes, the outages were storm-related. The final one was caused by a squirrel interferring with equipment.

Carroll said there were no backup generators at the student center, so when power went out just before dinner, school officials scrambled to nearby towns and loaded up on Pizza Hut and Subway and raided area grocery stores. Students were relocated to the Al Wheeler Activity Center, which ran on a backup generator.

Katie Brenneman, the OPPD account executive who works with PSC, said officials came out to inspect what was causing the outages and how to improve the school’s power quality.

What they found was that the equipment had exceeded its lifespan. Large transformers on the west end of the campus were more than 30 years old.

Brenneman said after investigating the school’s electric infrastructure, OPPD and PSC partnered on an improvement project that started in the summer of 2015.

OPPD replaced the main service to the campus, and installed a new padmount transformer for the school’s residential Centennial Complex. Inside that building, crews removed three high-voltage transformers over the winter holidays.

“We wanted to highlight our partnership with OPPD and show how we can get things done when we work together,” Carroll said. “It took a lot of coordinating of schedules and personnel for both OPPD and us. People coming and working over Christmas break when they’d probably rather be home.”

Brenneman said the updates will also allow better access to the equipment.

The number of outages since the work finished two years ago? Zero.

“One of the challenges in doing building renovations has been to keep the historic feel and incorporate modern technologies,” said Jill McCormick, director of Campus Services.

But the work on campus hasn’t just been to improve power quality. Carroll said they’ve also taken steps to conserve energy. Buildings on campus are switching to LED lighting. Workers installed geothermal cooling and heating in the Jindra Fine Arts building in 2003 and the T.J. Majors building in 2016.

Delzell Hall and the theatre are under renovation and geothermal installations are part of that process. The college recently installed energy metering on their electricity, gas, steam and chilled water services. The metering allows them to benchmark usage and determine how to maximize efficiency.

So far, these efficiency efforts have resulted in more than $25,000 in rebates from OPPD.

Over the past three years, other energy-efficient and sustainability projects have been undertaken. Carroll said they partnered with the City of Peru, Nemaha County and Southeast Nebraska Economic Development District to secure a community development block grant. The grant helped pay for the installation of wider sidewalks on one of the main roads leading off campus, bio retention swales to help with drainage issues and pedestrian LED lighting.

Student groups have raised money to buy and plant new trees along the pedestrian walkways.

“We are the ‘Campus of a Thousand Oaks,’ but we also know we have to plant a few new varieties of trees along with our oaks,” Carroll said.

The next steps for PSC are to try and determine what the college’s energy future will look like. Carroll said the college is conducting a utilities efficiency study to look at their future power needs. The study will be completed later in 2017. It will help officials determine the direction and future projects at PSC.