Video: Steering kids down the right path, one bike at a time 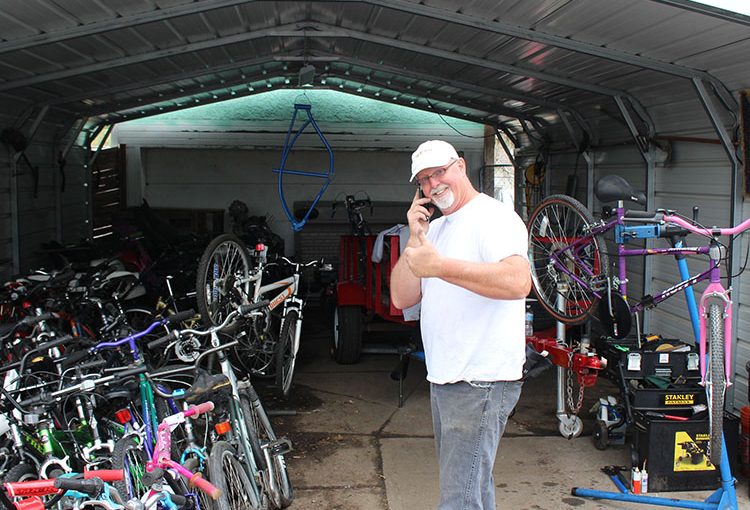 There are many reasons Rich Settje believes in helping others.

Starting with his own childhood. There weren’t a lot of extras, and times were often tight.

Or to honor the memory of his slain brother, Irvin. Or his own neighborhood in north Omaha, where temptations of the street and gang life have claimed the futures of many young people around him.

For all those reasons, and more, OPPD retiree Settje keeps doing right by others and encourages those around him to do the same.

Settje, who speaks frankly about his upbringing, knows “I can’t turn a young person around, but I can turn them a little.”

He is proud of his neighborhood. He still lives in the house in which he grew up. 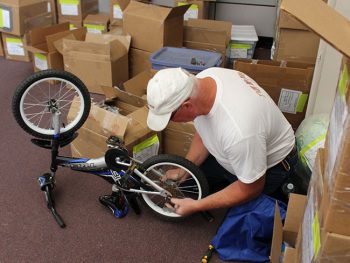 Taking a break from repairing the shifter on a bike, Settje tells a story about a neighborhood boy who hung around the house. The boy was 11 or 12 and wanted to learn how to run the chainsaw Settje was using to cut a downed tree. He showed him. And he let the boy help with other chores around the house. This was before Settje’s backyard was overtaken by bikes in need of repair.

After a few weeks, he bought the boy a new bike. The next day, the boy’s mother marched him down to Settje’s house and told him her son had stolen the bike and she was making him return it. No he didn’t, Settje said. He earned it. He’s been helping me around the yard the last few weeks.

Years later, Settje was in Bellevue and saw a big guy staring at him. The man was with a woman and two young children.

Next thing he knew, the man was giving Settje a bear hug and thanking him. It was the boy who was now married and working construction. He still remembered the bike and the time Settje took to teach him some skills.

“I’ve seen poverty growing up,” Settje said. “I remember digging through dumpsters for food when I was 9-years-old. I’ve seen struggles up close.”

“The only reason the gang mentality thrives is because people like us turn our backs on kids like them without trying to give those kids hope.

“If I can give a kid a bike to ride away from that stuff, I will. Even better, is when a kid earns it. Once a kid earns that bike, gets that feeling of accomplishment, that’s priceless and no one can take that feeling away.” 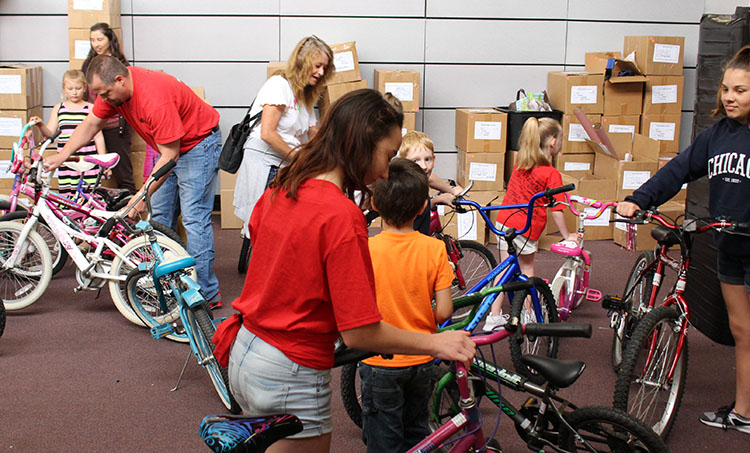 Settje started Team Bike Rescue after a Boy Scouts project with his oldest son. They went to the Community Bike Project, where a man was giving lessons on bike repair. Another scout in the troop couldn’t take part in a 50-mile ride since his family wouldn’t be able to afford repairs for a $50 new axle. So he took the bike to Community Bike Project and they fixed it for free.

Settje was impressed and heard they were having a hard time getting enough volunteers to work on the bikes. At the time, Settje was fixing computers and donating them to local schools as “PC Santa.”

“I kept noticing all these bikes being thrown away and the computers were getting more and more expensive to fix up due to licensing issues,” Settje said.

Pretty soon, bikes became his main focus outside of work.

He fixed and donated 75 bikes for Benson West Elementary. Then he did the same for the Charles Drew Health Center. Other organizations like the Omaha Police Department, Mad Dads of Lincoln and several schools, including Florence Elementary, are also regular recipients of Settje’s bikes.

Now that he’s retired, Settje plans to ramp up his efforts with Team Bike Rescue. He and his wife, Lori, and their sons have a lot of bikes and even more places needing bikes to put in the hands of kids in need.

To learn more or help, visit the group’s Facebook page.