Skin cancer discovery led to even rarer diagnosis for Muth 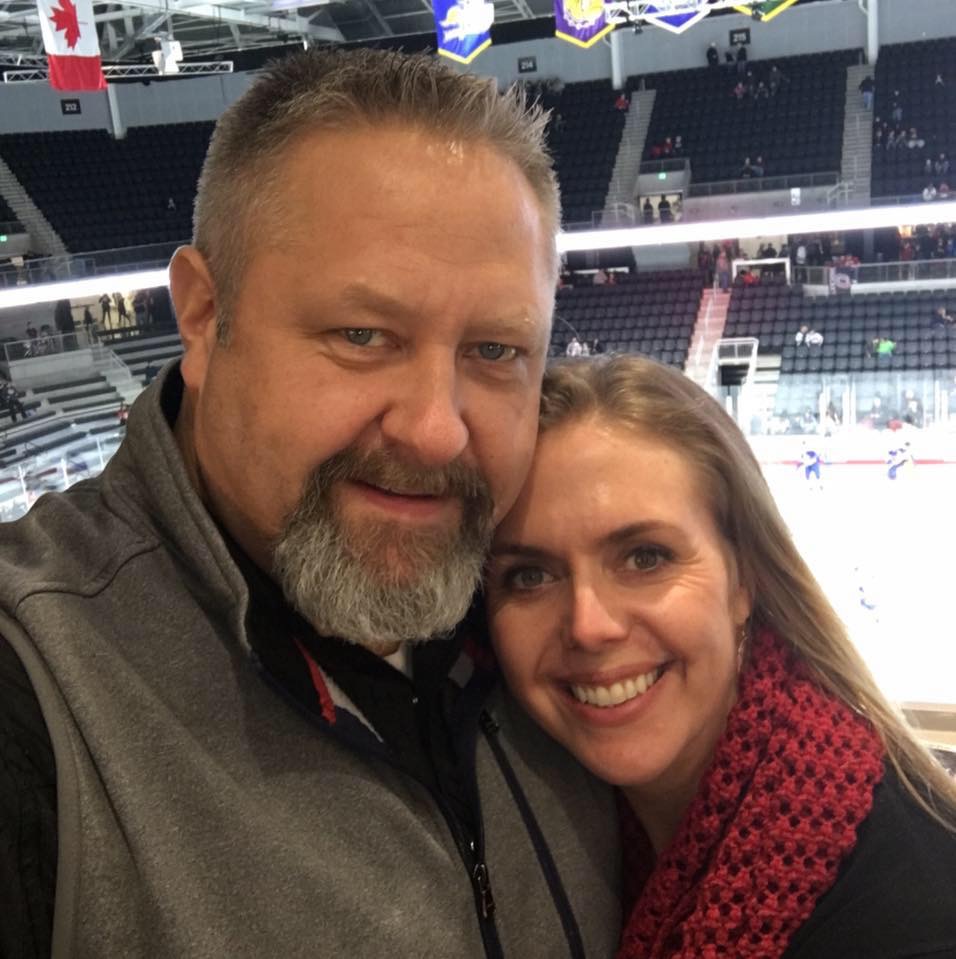 As an environmental affairs administrator for OPPD, Emily Muth has a keen eye for what’s happening outside. But what was happening on the inside of her own body, bringing her years of stomach pain, was a mystery. Until a check-up for something completely unrelated provided an answer.

Skin cancer was top of mind for Muth, 43, while growing up. Her grandfather died of melanoma before she was born.

“He was a Navy man, spent time on a mine sweeper in World War II,” Muth said. “My father always stressed regular screenings, because he felt if his dad would have been screened sooner, he could have had a better chance of survival.”

When OPPD offered skin cancer screenings for employees, she jumped at the opportunity. “Being a mother of three, (twins Lauren and Clara Wise, 16, and Bejamin Muth, 10), I always found an excuse not to go see the dermatologist.”

She didn’t expect they’d find anything of major concern.

“I have had checks in the past, and they remove a few moles, and everything is normal,” she said

The dermatologist that visited OPPD noted two moles on her upper left thigh that warranted a closer look.

“They were small, maybe 2 centimeters in diameter, and dark. I wasn’t too concerned, but agreed to follow up with a doctor in the office for a biopsy,” she said. “It was quick and easy, and little did I know would lead to an even rarer diagnosis.”

She saw her doctor a few months later. He removed five moles in total. One of them was melanoma, the most serious form of skin cancer.

“I was shocked, but optimistic that we caught it early,” Muth said. “My husband and kids were scared at first, but very supportive.”

Muth required surgery to remove the dangerous mole, as well as underlying tissue.

“The great news was that it had not spread.”

But at this point, skin cancer was not her only concern.

When she first met the oncologist, Dr. Edibaldo Silva-Lopez at the University of Nebraska Medical Center, he asked her if she was in any pain. It’s a standard question for cancer screenings.

She told him she’d had pain in her abdomen the past 15 years, but was seeing a specialist.

“At times the pain would get severe enough to warrant a trip to the ER, but they could never find a cause,” she said.

Every time, she said, she was sent home with a lecture about reducing stress and eating a clean diet.

“I confessed to him that I was beginning to think I was losing my mind after years of medical professionals telling me they could not find a cause for my pain.”

Dr. Silva-Lopez probed further. And he decided to send Muth for some more tests and a scan.

That night, he called her, saying, “I have good news and bad. The good news is, you are not crazy. We have found the cause of your pain.”

The bad news, Muth said, was that she had a condition called MALS – median arcuate ligament compression syndrome.

“What that means is that ligaments from my diaphragm had compressed blood vessels and a nerve bundle in my abdomen,” she said. “My blood flow was so restricted that it caused angina, like someone would get if they had heart disease, but the pain was in my stomach.”

It affected two main artery branches – one 70% restricted and the other completely cut off.

“Over time my body had formed other pathways to get blood flow where it needed it most through smaller vessels. The higher velocity blood flow through these smaller vessels led to the development of an aneurism,” Muth said.

If the aneurism were to rupture, it could prove deadly.

Muth was referred to vascular surgery. It took a month to get a surgical team and plan in place to clip the ligaments causing the compression, bypass the celiac artery to restore blood flow, and remove the aneurysm that had been hiding behind her pancreas.

Muth is still amazed by how one diagnosis led to finding another, much rarer condition, in such a fateful sequence of events.

“Without taking those first steps to screen for cancer I may have not found the answer to my pain in time to prevent further damage, or even death,” Muth said.

“I knew something wasn’t right, but would have never thought it would be in my vascular system. Multiple physicians had told me there was nothing more they could do.”

Listening to her body

Throughout the process, Muth has learned to listen more closely to her body and not to put off regular health screenings.

“I am forever grateful for OPPD’s health and wellness opportunities, the extraordinary health care I received at UNMC, and the support of my family and friends.,” she said.

Four months post-surgery, her muscles are still healing and getting stronger.

“My old pain is gone, replaced by my journey back to physical fitness. I am slowly building back strength and stamina,” she said. “Mentally, I feel blessed, renewed and confident in the journey ahead.”

Even though the melanoma was removed and had not spread, Muth will need regular skin cancer screenings every six months.

“I have a newfound love for large hats and daily sunscreen,” she said.

To those reading this, Muth urged, “Be your own best advocate. Nobody knows your body better than you. If something doesn’t reel right, get it checked,” she said.

“Take advantage of screenings, and be honest with your doctor. They can’t treat you if they don’t know your whole story. You are worth the time it takes for a little self-care.”