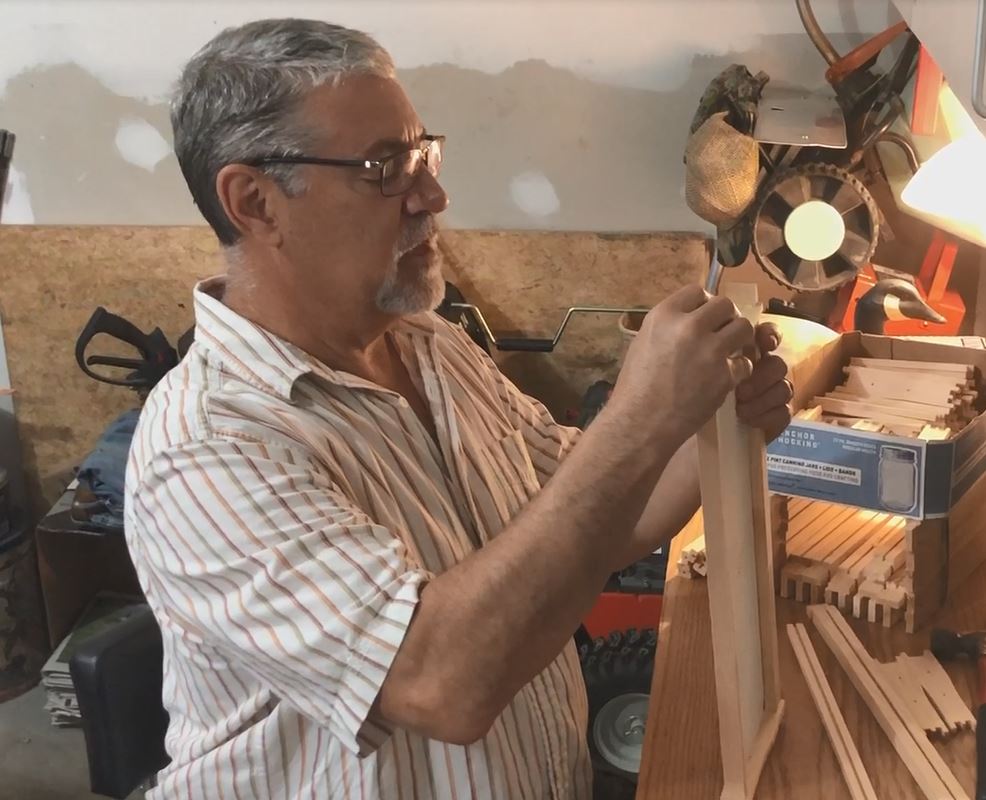 If you’re lucky enough to be invited into Jeff Yeager’s house for a bite and a cup of coffee or tea, you may also get a sample of his “liquid gold.”

For Yeager and his family, honey is the bee’s knees. And then some.

After sampling some of Yeager’s homemade honey, it’s easy to see why he regards it so highly. It’s smooth and sweet.

Yeager’s interest in beekeeping goes back more than three decades.

Fresh from the Navy and working his first job at a nuclear station in 1982, he struck up a friendship with a co-worker who wanted to raise bees. For that co-worker, it was a family affair. His father also raised bees and the two did it together in 4-H.

The only catch was the co-worker’s father had all the expertise. So Yeager took it upon himself to learn the craft. He’s been raising colonies ever since. His first hive went up in the vicinity of Fort Calhoun Station (FCS) in 1988.

Ever since then, Yeager’s bees have thrived. He lives about one mile from the plant, and has bee hives there along with several other locations in the area, on both sides of the river.

He builds the honey boxes at home in his workshop, and spins and then bottles the harvest. He sells it in the FCS parking lot, and at a few other locations. He also give away a lot to family members.

Yeager reserves three gallons of honey each year for his wife and himself. And he keeps an extra gallon around the house because his daughters invariably run out of honey during the year and want more.

Yeager is a firm believer in the health benefits of eating local honey. It is a food that dates back to Biblical times.

Bees fascinate Yeager. He is a huge proponent of all things bees. He’s glad to see OPPD’s efforts to expand native prairie land around the utility’s facilities and what it means for the health of local pollinators.

Since retiring, Yeager has gradually expanded his colonies.

“You do what works for you and do your best to combat the enemies of the bees,” Yeager said. A number of mites, beetles and other threats to the bees keep Yeager occupied.

His respect and admiration for the bees has led Yeager to helping a number of others get into beekeeping. He wants everyone to buy pure, local honey and thinks doing so would help people live healthier lives.

“Honey can be broken down by the body and used, unlike other sweeteners,” he said. “Honey is so much better for your body than sugar. I don’t know how you eat a biscuit without honey.”