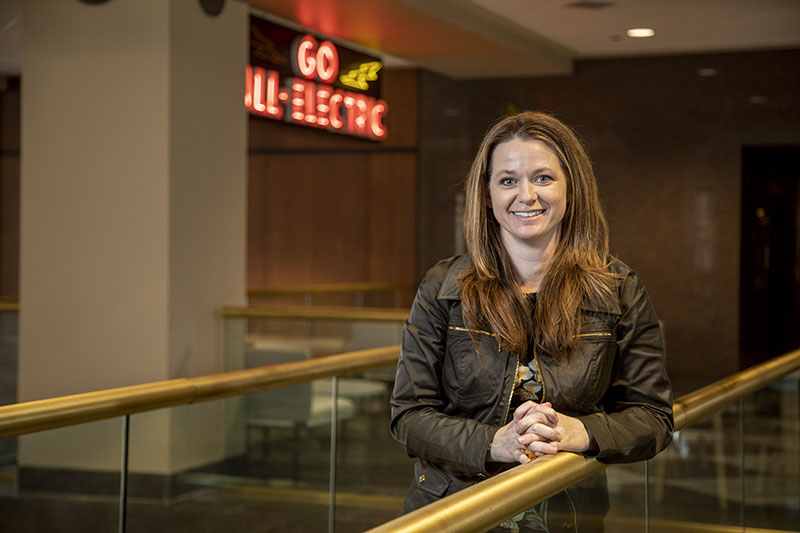 When Jene’ Reese was a young girl growing up in Auburn, Nebraska, she wanted to be a lawyer.

Fortunately for OPPD customers and employees, her aspirations changed and Reese chose a different path.

Instead, she studied chemical engineering at the University of Nebraska-Lincoln. She earned a master’s in engineering management from UNL, as well.

Reese began her career at OPPD in 2008 as an intern while she was in college and worked at Nebraska City Station. Upon graduating, Reese came back to OPPD and started work at Fort Calhoun Station in 2010.

Today she is a senior account executive in Customer Sales & Service. And whether she’s building strong relationships with customers, managing a busy home life with seven children or stopping to help a stranger in need, Reese is living OPPD’s core values: “We have a passion to serve. We honor our community. We care about each other.”

Calm and focused – and heroic

Late last summer Reese was driving to a job site meeting when another motorist crashed on the side of the road.

Reese stopped and approached the vehicle. She found the driver disoriented and injured. Reese encouraged the woman to open the door so Reese could assist her. Once the door was open, Reese could see the woman had a severe break in her leg and was bleeding profusely.

Reese remained calm, encouraged another passerby to get a branch from a nearby bush, then ran to her own vehicle. She tore the strap from a sleeping bag and, using that and the branch, she was able to fashion a tourniquet. With the tourniquet applied and the bleeding controlled, Reese called 911 and stayed with the woman until the paramedics arrived.

Once the driver was on board the ambulance, Reese cleaned herself up and continued to her appointment, as if it were just another day at the office.

Not long afterward, at the utility’s October 2021 Board of Directors meeting, Reese received OPPD’s highest honor, the President’s Award, as a result of her quick thinking and heroic actions. President & CEO Javier Fernandez honored Reese for remaining composed and focused in such a stressful situation.

Reese’s colleagues and customers say they see that same calm and focused demeanor at work, even when she’s not performing life-saving tasks.

Reese’s career has weathered both storms and periods of calm. In 2020, just before the COVID-19 health pandemic, Reese took on her current role as a senior account executive in Customer Sales & Service.

“Even through the challenge of the pandemic, Jene’ has done an amazing job developing strong relationships with her customer accounts as a trusted energy advisor and advocate for meeting their needs,” said Reese’s manager, Steve Sauer.

She did much of this virtually, in a role where relationships are crucial.

Fast forward to July 2021, and another historic storm hits, this time a literal storm. In several parts of OPPD’s service territory, winds that at times exceeded 85 mph took down trees and power lines, causing more than 188,000 customers to be without power.

Reese received kudos for her work helping her customer accounts through the storm. “You have been invaluable to our successful operations this weekend,” Mark Doyle, CEO of Metropolitan Utilities District, wrote to Reese.

Reese has received similar accolades from other customers. Her communication and coordination skills are credited with solidifying partnerships with the Douglas County Commissioners, the City of Lincoln and the General Service Administration, to name a few. Her customers and peers have recognized her for going out of her way to understand risks, identify potential opportunities and help support – if not grow – existing business.

“Jene’ is an amazing leader who thinks beyond the picture in front of her,” said Sonja Golembiewski, a colleague.

Reese “always seems to have time or energy to read another book or research a new idea,” Golembiewski said. She added that Reese “will encourage moving forward at every turn instead of looking back on past mistakes or regrets.”

Reese credits that philosophy to some coworkers at Fort Calhoun Station. A former colleague and OPPD retiree used to say “It doesn’t matter” all the time. That caught Reese off guard at first, but she soon understood what he meant. Knowing what matters – and what doesn’t – is key.

Her philosophy on work/life is to know your guiding principles, and to do your best to meet them.

With seven kids at home and a husband who works full time as well, work/life balance is important.

“We have learned to be a good team and work together through trial and error,” she said.

Family is a top priority, and Reese tries to emulate her dad.

“He owned his own business and worked 60 hours a week, but he always made his family the priority when he walked in the door,” she said. “He is present in whatever he is doing at the time and enjoys the little moments in life.”

Reese aspires to be the same way. 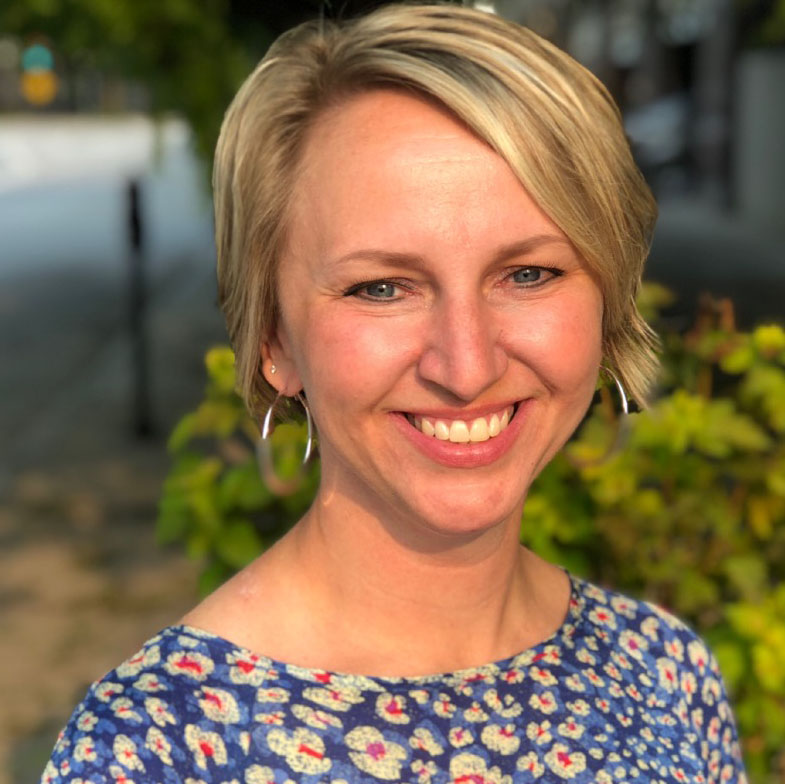 Jamie Wagner joined OPPD as a Community Relations Project Manager in November 2018. Her focus is engaging members of the community and increasing awareness and reach of OPPD’s outreach efforts. Jamie thoroughly enjoys live music with her husband and occasionally drags her kids along, too.

View all posts by Jamie Wagner >