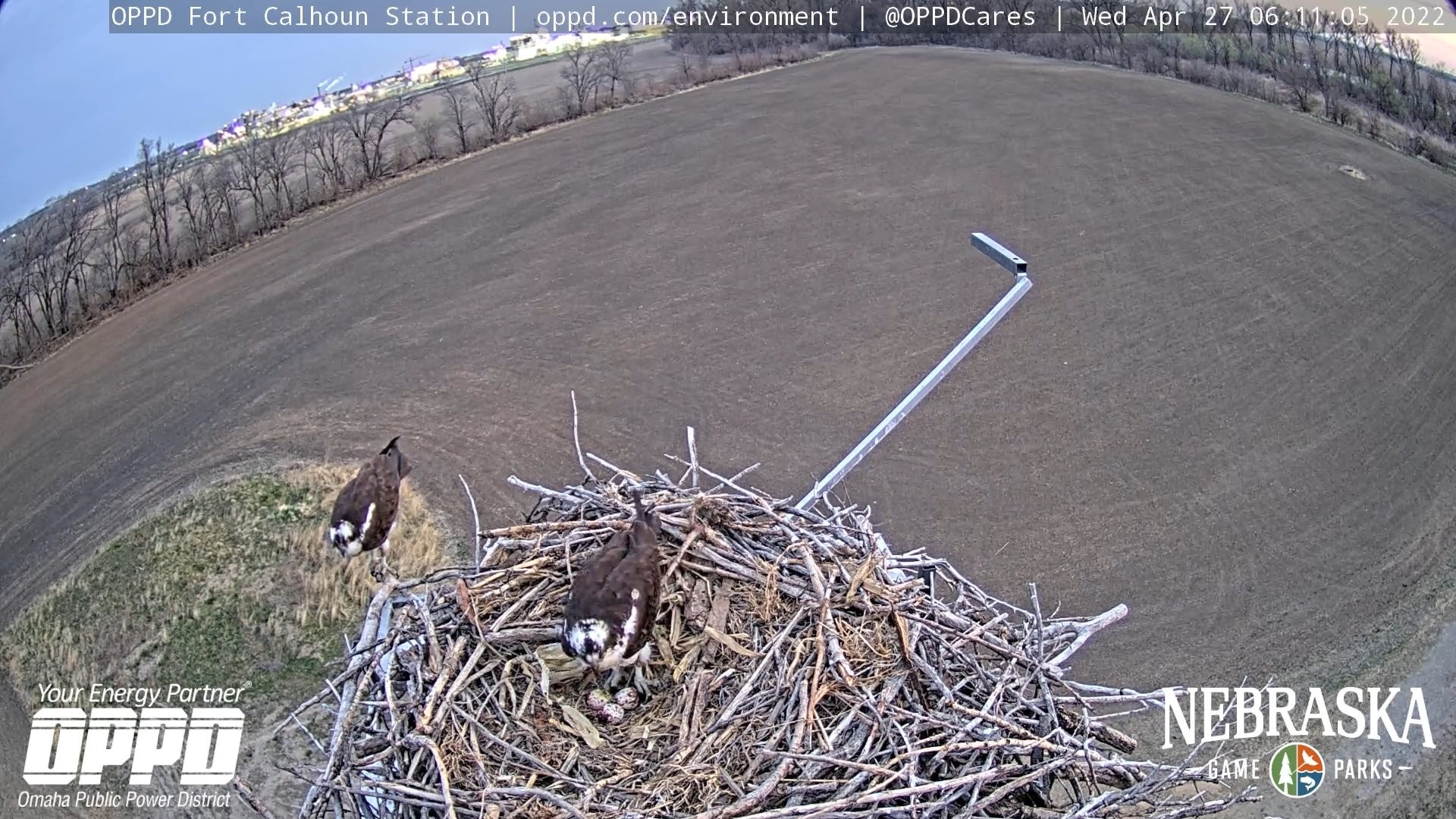 The osprey pair that took up residence at Fort Calhoun Station (FCS) in March have some chicks on the way.

The first egg appeared April 22, and in the week that followed, two more showed up. A typical clutch can range from one to four eggs.

The incubation period for osprey eggs in 36 to 42 days, so if everything goes well, we should see some chicks hatching in late May or early June. You can watch the progress on the ospreys’ webcam.

Osprey chicks typically take flight for the first time when they’re roughly two months old. Usually within a couple weeks after that, they will begin to learn to hunt, and about two months after they begin flying, they’ll begin to hunt on their own.

The raptors previously built a large nest on top of a 360-foot meteorological tower at FCS, which is being decommissioned. While the birds were gone for the winter, OPPD workers took down the tower as part of decommissioning efforts in December, carefully preserving the nest material for when the ospreys return.

Watch them in their new home

OPPD partnered with the U.S. Fish and Wildlife Service and the Nebraska Game and Parks Commission on a plan to relocate the nest material. The nest now sits on a platform atop a 50-foot power pole, near the site of the previous tower. The plan meets state and federal regulations regarding protected species.

OPPD reused the underground distribution line for the meteorological tower to provide power for the osprey nest webcam. That means they ospreys have joined the peregrine falcon family at OPPD’s North Omaha Station as prime-time stars.